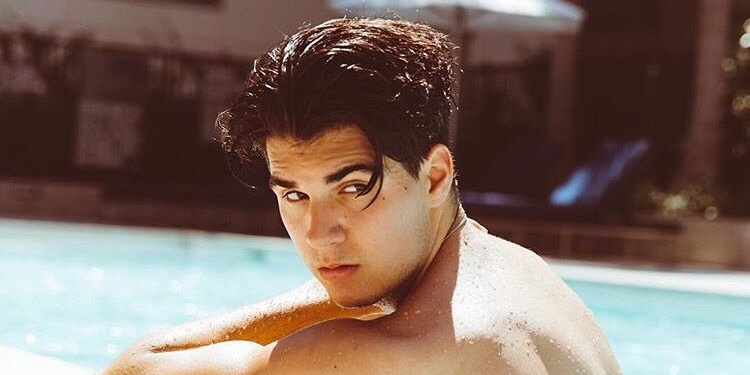 Christian Delgrosso is a Canadian actor, social media personality, and composer. He is well-known for playing the role of Aaron in the action, comedy, and horror movie ‘Willy’s Wonderland.’ In addition to this, he was also a very popular Viner. He used to collaborate and create content with numerous famous Viners like Cameron Dallas and Matthew Espinosa. Stay tuned to learn more about the young talent.

Christian Delgrosso was born on 24 May 1993 somewhere in Canada. He was born to Paula Delgrosso, his mother, and Peter Delgrosso, his father. He spent most of his childhood growing up alongside his sibling, and his name is Julian Delgrosso. He likes featuring his family members frequently on his videos. Besides this, he is currently 28 years old with the zodiac sign of Gemini.

Christian Delgrosso holds Canadian nationality, and he belongs to mixed ethnicity. However, he has not shared much information about his ancestry at the moment. Additionally, he is a Christian and practices Christianity as his religion.

Christian Delgrosso stands at the height of 5 feet 10 inches (1.77m/177cm) tall, and he weighs around 74kg (163lbs). He has an average body build, but he has not shared his exact body measurements. Besides this, he has a pair of dark brown eyes color with black hair color.

Christian Delgrosso has not shared the exact details of his education. But we do know that he attended his high schools in Richmond Hill, Ontario, Canada. Likewise, we are currently unable to determine his further education due to a lack of authentic information.

Are Christian and Kristen Still Together?

Christian is currently married to his long-time girlfriend, and her name is Kristen McGowan. She is also a social media personality like her boyfriend. The two of them first met during their high school years when he was just 17 years old. They started dating ever since and have been together to date. They even celebrated their love of ten years recently on 7 March 2020.

The lovebirds have been able to withstand all the thicks and thins of their relationship and have stayed together for so long. Their fans love and adore their relationship. They make many videos in which they feature each other, and fans seem to love them too. However, the details regarding their marriage date and venue remain a mystery. Besides this, they have not had a child yet but are currently enjoying their married life.

Christian gave his debut performance in the entertainment industry in the year 2015. He appeared in the short horror movie ‘Insidious 3: TipToe Through the Tulips‘ and in the horror miniseries Flhaunt.’ In 2016, he reached a breakthrough moment in his career. He played the role of Bucky in the comedy movie ‘Mono.’ He also landed memorable roles in the year 2017.

Furthermore, he portrayed the role of Eugene in the comedy series ‘Mooom’ and the role of Ryan McKinnan in the adventure, comedy, and fantasy movie ‘School Spirits.’ In addition to this, he is also famous for his work as Aaron in the action, comedy, and horror movie ‘Willy’s Wonderland.’ Moreover, he is also currently filming his series, and the title of the show is ‘The Discovery of the Divine Consciousness.’

Christian Delgrosso is the recipient of YouTube’s Silver Play Button Award and the Golden Play Button Award. He received these awards for crossing 100,000 and 1 million subscribers respectively on his YouTube channel.

Christian Delgrosso earns from his professional career as a YouTuber and an actor. He is estimated to have a net worth of around $1 million as of 2021. He used to own a Mitsubishi Lancer Evolution VIII, but he currently owns a 2018 Dodge Charger SRT Hellcat.