Who is Christopher Lee?

Christopher Lee was a renowned and talented English actor, singer, and author who has been seen working actively in his career from the year of 1946 to 2015.

Christopher Lee, whose real name is Sir Christopher Frank Carandini Lee, was born on 27 May 1922 in Belgravia, London, England as the son of his mother, Estelle Marie Carandini di Sarzano and his father, Geoffrey Trollope Lee. His father was Lieutenant Colonel where his mother was Edwardian beauty. He had one sister, Xandra Carandini Lee. Lee died on 7 June 2015 because of heart failure.

Before, in the late-1950s he was engaged to Henriette vo Rosen but later, he ended their relationship. After that, he met Birgit “Gitte” Kroncke who is a painter and former model, and later, on 17 March 1961, they got married. In 1963, they gave birth to their daughter, Christina Erika Carandini Lee. 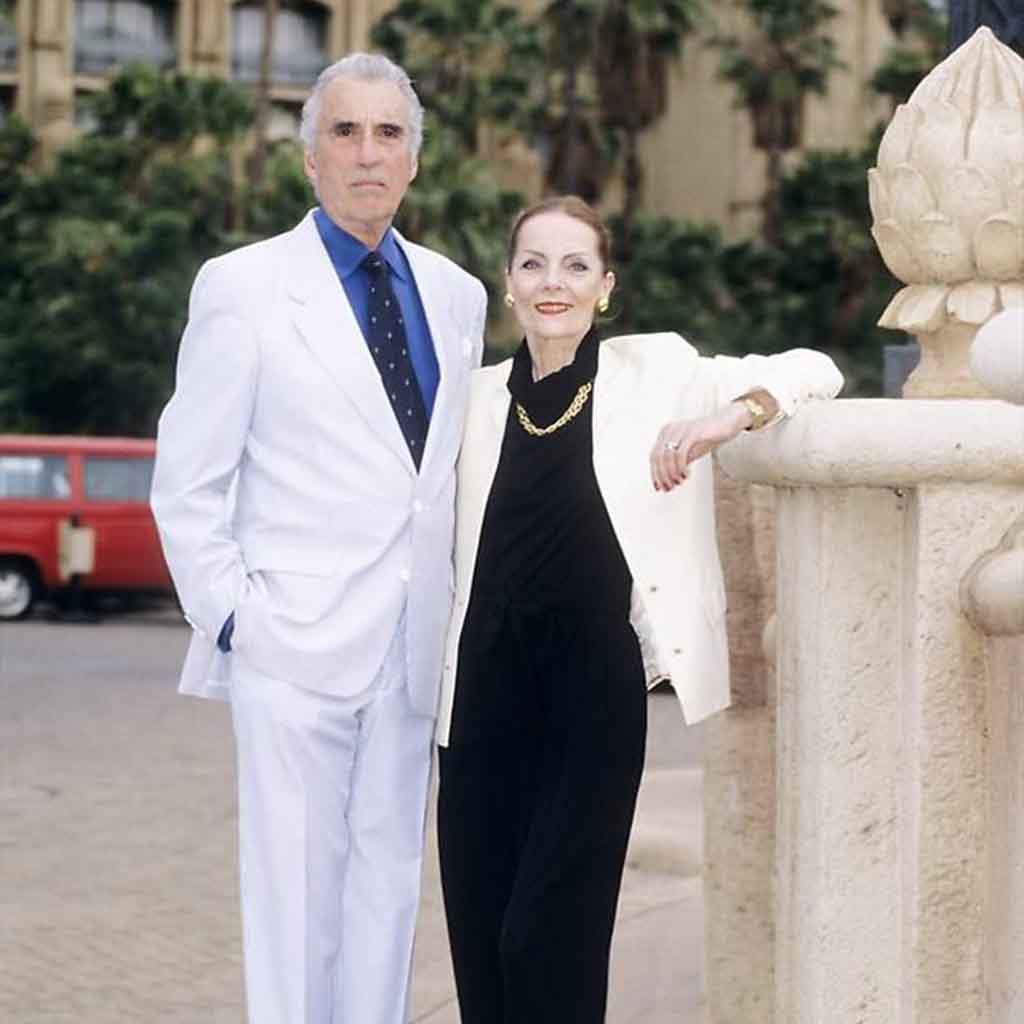 Christopher Lee holds an English nationality and belongs to the ethnicity of English and Italian. He died after he turned 93 years old after his 93rd birthday celebration. He used to have 6 feet 4.5 inches and a weight of 75 kg. He had got dark brown hair with black eyes. As he was born on 27 May, his zodiac sign is Gemini.

Earlier, when Christopher Lee turned four, his parents decided to live separately and divorced two years later. After that, he lived with his mother and sister. For his education, he attended Wagner’s private school in Queen’s Gate. Later, his mother married Harcourt George St-Croix. Later, he joined Summer Fields School when he turned nine. Further, he joined Wellington College. After that, his mother decided to separate from Rose so that he had to search job for his family. He had come facing many difficulties in his life but later, he became very successful in his life.

Christopher Lee started his acting career after he had been cast as Charles in a British drama movie “ ” in the year 1948. In the same year, he was also seen appearing as Pirelli’s Assistant on a British musical comedy movie “One Night with You”. Also, he was seen playing several roles in the movies like “Hamlet”, “A Song for Tomorrow”, “Penny and the Pownall Case”, My Brother’s Keeper”, “Saraband for Dead Lovers”, “Scott of the Antarctic”, “Trottie True”, “They Were Not Divided”, “Prelude to Fame”, “Captain Horatio Hornblower R.N.”, “Valley of Eagles”, “Quo Vadis”, “The Crimson Pirate”, Top secret”, “Paul Temple Returns”, “Babes in Bagdad” and “Maulin Rouge”.

In the year of 1953, he was seen providing his voice in a French comedy movie “Les Vacances de Monsieur Hulot. In the same year, he was also seen playing the role of a British0French international co-production comedy movie “Innocents in Paris”. Likewise, he was seen playing the movies including “Destination Milan”, “Cross-Roads”, “That Lady”, “Final Column”, “Man in Demand”, “Contraband Spain”, “The Dark Avenger”

Further, Christopher Lee was seen in “The Cockleshell Heroes”, “Alias john Preston”, “Police Dog”, “Strom Over the Nile”, “Private’s Progress”, “Alexander the Great”, “Port Afrique”, “Beyond Mombasa”, “The Battle of the River Plate”, “III Met by Moonlight”, “Fortune Is a Woman”, “The Traitor”, “The Curse of Frankenstein”, “Manuela” as voice actor”, “Bitter Victory”, “The Truth About Women”, “A Tale of Two Cities, “Dracula”, “Battle of the V-1”, “Corridors of Blood” and “The Hound of the Baskervilles”.

Further, Christopher Lee was seen as Pierre Gerard in a British horror movie “The Man Who Could Cheat Death” in 1959, and then, in the same year, he was also seen as Jaeger in a thriller movie “The Treasure of San Teresa”. Likewise, he was cast on several movies like “The Mummy”, “Uncle Was a Vampire”, “Too Hot to Handle”, “The Two Faces of Dr. Jekyll”, “Beat Girl”, “The City of the Dead”, “The Hands of Orlac”, “The Terror of the Tongs”, “Taste of Fear”, “The Devil’s Daffodil”, “Ercole al centro della Terra”

Besides, “The Pirates of Blood River”, “The Devil’s Agents”, “Sherlock Holmes and the deadly Necklace”, “Stranglehold”, “Katarsis”, “The Virgin of Nuremberg”, “LA frusta e il corpo”, “Terror in the Crypt”, “The Devil-Ship Pirates”, “II castello dei morti vivi”, “The Gorgon”, “Dr. Terror’s House of Horrors”, “She”, “The Face of Fu Manchu”, “The Skull”, “Ten Little Indians”, “Dracula: Prince of Darkness” and “Rasputin, the mad Monk”. 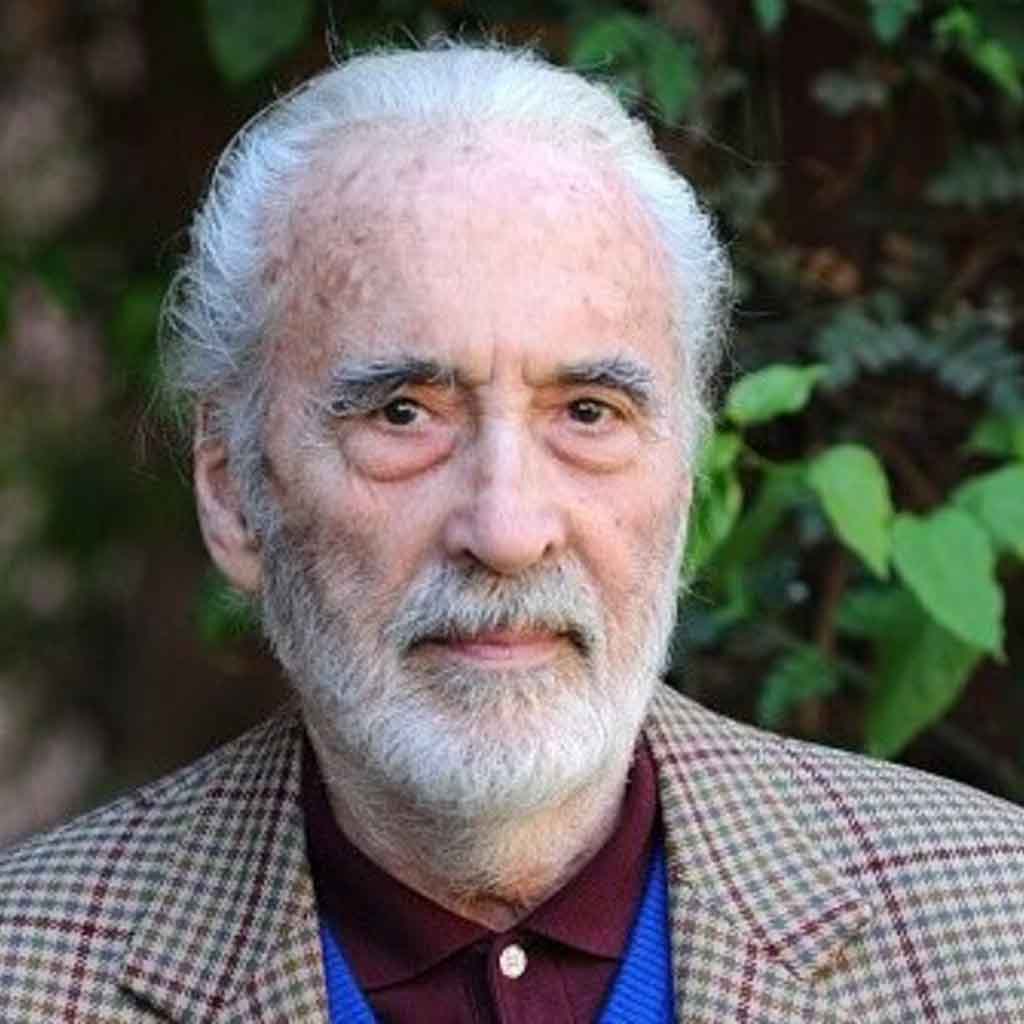 Christopher Lee started his television career, after he had been cast on a series “Douglas Fairbanks Jr., Presents from the year 1953 to 1956. After that, he was seen on several movies and series like “Moby Dick Rehearsed”, “The Visa”, “Tales of Hans Anderson”, “Chevron of Fallen Stars”, “The Scarlet Pimpernel”, “Colonel March of Scotland Yard”, “Sailor of Fortune”, “The Adventures of Aggie”, “Assignment Foreign Legion”, “The Errol Flynn Theatre”, “The Gay Cavalier”, “OSS”, “Ivanhoe”, “White Hunter”, “The Adventures of William Tell”, “Tales of the Vikings”, “Alcoa Presents One Step Beyond”, “The Alfred Hitchcock Hour”, “The Avengers” in 1967.

Further, in the year 2005, Christopher Lee was seen playing the role of the series “Pope John Paul II” and also seen providing his voice on the series “The Colour of Magic” in 2008. 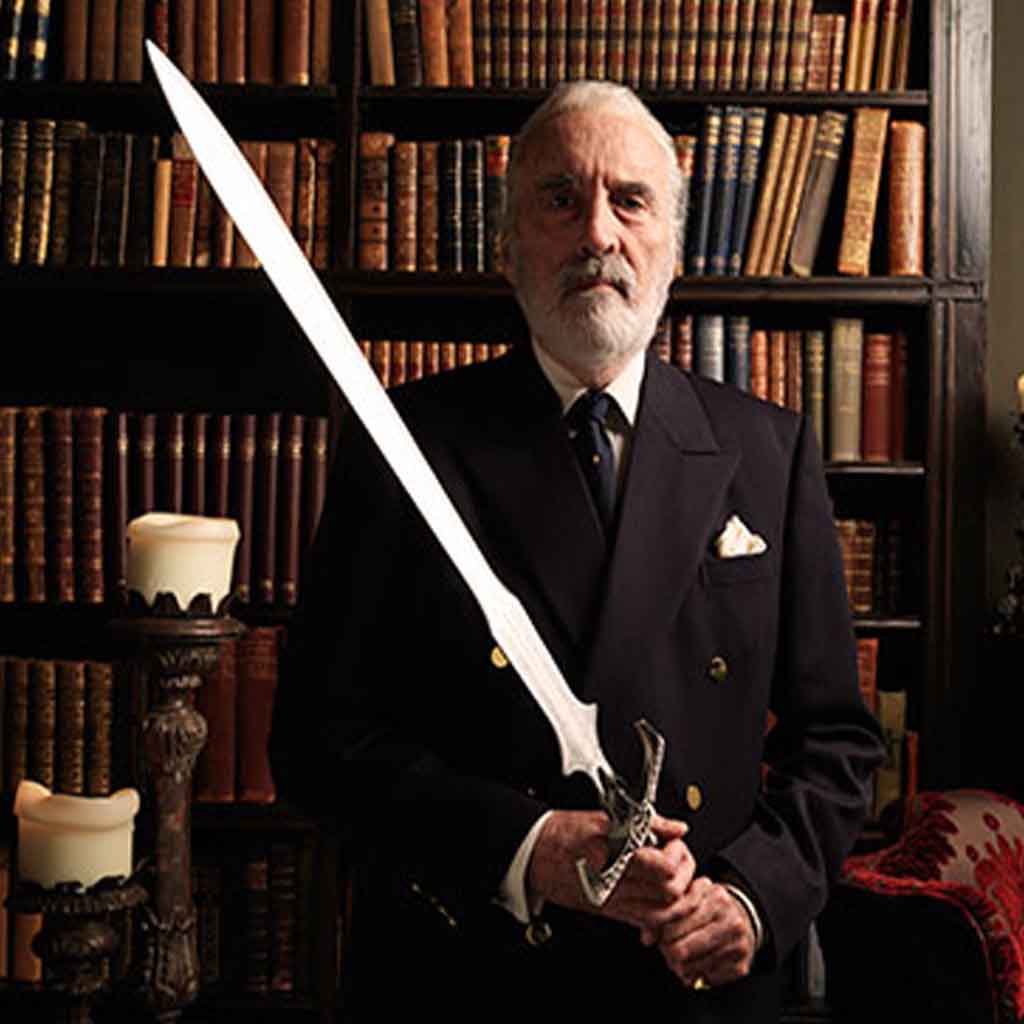 The estimated net worth of Christopher Lee is $25 million.