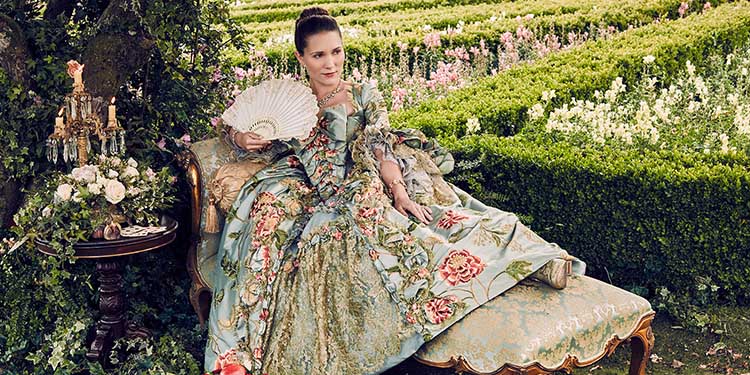 Claire Sermonne is a French Russian actress who is well-known for the portrayal of the role of Louise de Rohan in the drama fantasy romance television series, ‘Outlander’. Another one of her most notable roles came in the year 2019 when she portrayed the role of Nadege in the drama romance science fiction in the television series, ‘Twice Upon a Time. Besides her acting career, she is also known as the founder of the Le Festival du Noveau Theater Popular located in West France.

Claire Sermonne was born on 26 December 1985 in France to parents whose names have not been disclosed by the actress yet. Unfortunately, there is no information available regarding the actress’s family background and sibling details at the moment. Besides this, she is currently 35 years old with the zodiac sign of Capricorn.

Claire Sermonne holds a French nationality and descends from French and Russian ancestry. Unfortunately, there is no information available regarding the actress’s religious background and religious views. Besides this, she stands at a height of 5 feet and 6 inches (1.67m/167cms) tall and weighs around 56kgs (123lbs). In addition to this, she has a slim body figure with a pair of brown-colored eyes and black-colored hair.

Claire Sermonne studied and completed her studies at the Art Theater School of Moscow where she was a student of actor and actresses like Alla Pokrovskaya, Dmitri Brusnikin, and Roman Kozak.

The movie received mostly average reviews. Likewise, she appeared in the role of Louise de Rohan for 5 episodes of the drama fantasy romance television series of the year 2014, ‘Outlander’ where she starred alongside actors like Caitriona Balfe and Sam Heughan. The series was liked by the audience and was mostly reviewed positively. In the same year, she also appeared as herself in a short documentary video, ‘Outlanders: The Characters of Season 2’ which gave a short briefing regarding the actors and characters of the television series of the year 2014. The show was directed by Annie griffin, Meera Menon, Matthew B. Roberts, and starred Caitriona Balfe, Paul Gorman, Laura Donnelly, Finn Den Hertog, and many more.

Following the success of this role, she went on to play the role of Sylvia Strindberg in the French drama movie, ‘Inferno d’August Strindberg’ where she starred alongside actors like Pierre Mille and Jean Peyrelade. In the year 2018, she appeared in the role of Elke Hammler in the French comedy-drama movie, ‘Best Intentions’ where she appeared alongside actors like Agnes Jaoui and Alban Ivanov.

The movie received mostly average views. Her most recent work came in the year 2019 when she played the role of Nadege for 4 episodes of the drama romance science fiction television series, ‘Twice Upon a Time’ where she appeared alongside actors like Gaspard Ulliel and Freya Mavor.  The movie was directed by Antoine de Caunes and starred Charlotte Rampling, Isabelle Nanty, Yvon Back, Ben Homewood, and many more. The series received mostly average reviews through the critics.

Claire Sermonne has not yet won any major awards and achievements to date but we hope to see her win a lot of awards and accolades in the upcoming days of her professional acting career.

Claire Sermonne is assumed to be currently single and not involved in a romantic relationship with anyone. Likewise, there is no information available regarding her past relationships and it is assumed that she has been involved in at least a single relationship with someone in the past years of her personal life. Moreover, since there is no information regarding her marriage details and her children’s details, it is also assumed that she has not been married yet nor has she had any children.

Claire Sermonne earns mostly from her professional acting career and as of the year 2021, she has an estimated net worth from anywhere around $100,000 to $5 million.