Why Did Cleo Rose Elliott Stab Her Mother Katherine Ross? 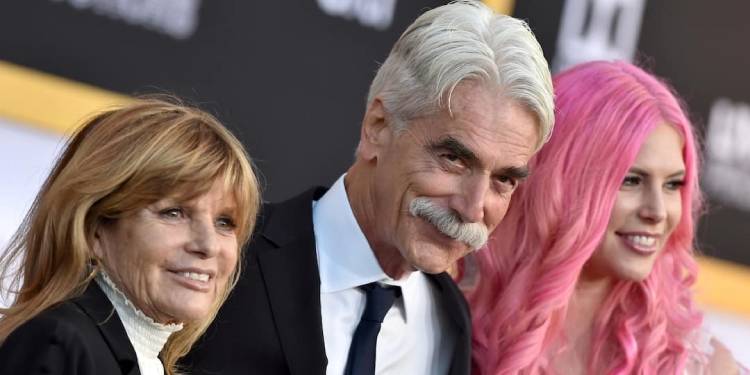 Cleo Rose Elliott is a famous American model, a musician as well as a singer by profession. In addition to this, she is also famous as the only daughter of Katharine Juliet Ross and Samuel Pack Elliott, American actress and actor respectively.

Katharine Ross is well-known for playing the role of Elaine Robinson in the 1967 American romantic comedy-drama movie, ‘The Graduate.’ She is also famous as the recipient of one British Academy Film Award and two Golden Globe Awards.

Likewise, Sam Elliott is famous for appearing as Rick Carlson in the 1976 American drama movie, ‘Lifeguard.’ In addition to this, the couple has also appeared together on-screen on numerous occasions like the 1991 American western movie, ‘Conagher.’

Sam Elliott and Katharine Ross’s romantic relationship began in the year 1978. Both of them worked together in the 1978 horror movie, ‘The Legacy.’ Working together on the set helped them strengthen their bond in the initial days of their relationship.

After dating for around six years, they finally decided to exchange their vows in the year 1984. Following their marriage, the couple together welcomed a daughter on 17 September 1984 and her name is Cleo Rose Elliot. She is not only famous as a celebrity child but also as a singer. She released her very first song, ‘No More Lies‘ and it was an instant hit.

Sam and Katharine have always loved and supported their daughter since she was a little child. However, she has had a very poor relationship with her mother. A very tragic incident took place in their lives which involved Katharine and her daughter Cleo.

Why Did Cleo Attack Her Mother?

According to numerous sources and reports, the couple claims that Cleo Rose Elliott has been aggressive and abusive since she was a child. Her violence began when she was 12 years old. According to Katharine, she mentioned that her daughter abused her verbally and emotionally as a little girl.

However, things began escalating when she stabbed her mother with a pair of scissors back in 2011. The actress further states that her daughter became very angry all of a sudden and murmured that she wanted to kill her mother.

Frightened and terrified by her daughter’s words, she rushed to call the police. Her daughter chased her through the house and cut off the phone line when Katharine tried to call for help.

Cleo initially threatened her mother by saying that she will hit her in the eyes with the scissors. Later, she stabbed her mother in her right arm a total of six times. Katharine says, “Cleo stabbed using enough force to pierce my skin through my shirt and leave me with marks that are still visible today.”

After this unfortunate incident took place, Katharine and Sam decided to file for a protective order. A judge then granted a restraining order against their daughter demanding her to stay at least 100 yards away from her mother.

This included her mother’s presence, home, workplace, and car. To this day, there is no reliable information stating what exactly happened to Cleo. Numerous online sources claim that she had a mental illness because of which she lunged at her mother and stabbed her.

But the authenticity of this claim remains under question as neither Katharine nor Sam has explained what happened.