Cloris Leachman is an American actress and comedian. In her more than 70 years of career, she has won eight Primetime Emmy Awards, a Daytime Emmy Award, and an Academy Award.

Cloris Leachman is a well-known actress and a comedian from America who has been actively working from 1953 to now.

Cloris Leachman was born on April 30, 1926, in Des Moines, Iowa, the U.S. as a daughter of a mother, Cloris Wallace, and father, Berkeley Claiborne Leachman. Among her siblings, she is the eldest one, where she had two younger sisters, Mary and Claiborne Cary. Mary was the youngest sister among them, and Claiborne Cary was the middle one where; she used to be an actress and singer.

Leachman married Hollywood impresario George Englund in 1953, where they divorced in 1979. They gave birth to five children; it includes four sons and one daughter, Morgan, Adam, Dinah, and George. 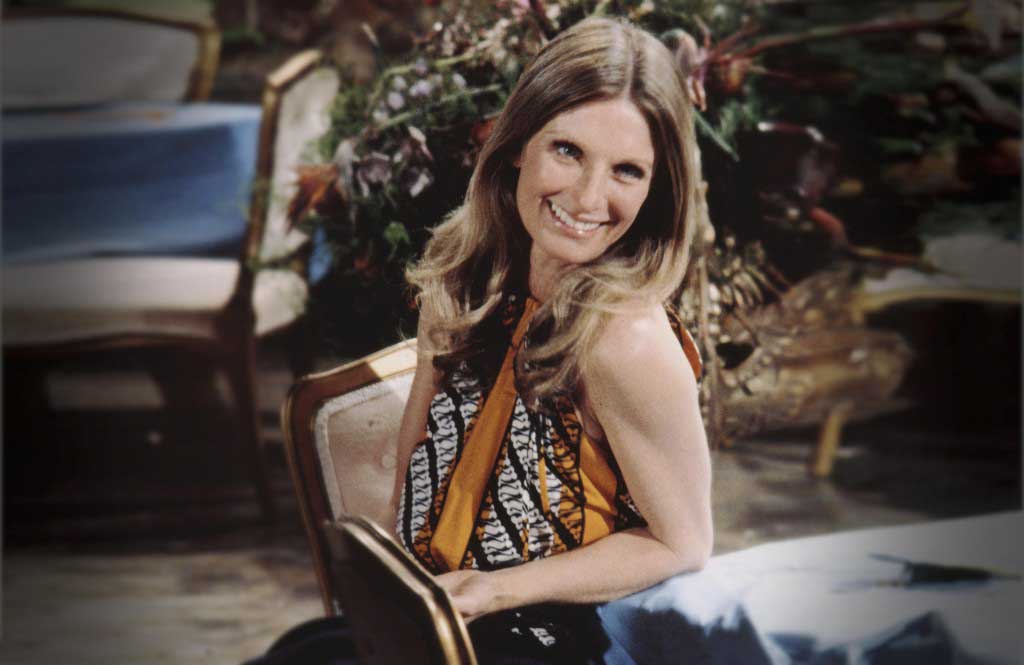 Cloris Leachman holds an American nationality, and she belongs to the White ethnicity. She is currently 94 years old, with a height of 5 feet 7 inches (1.70 m) and 57 kg. She had got body measurements of 36-24-35. He had got blonde hair with blue eyes. As she was born on April 30, her zodiac sign is Taurus.

When Cloris Leachman was in her teenage, she was seen in plays by local youth on weekends at Drake University.  Later, she completed her high school level and went to Northwestern University, where she became a member of Gamma Phi Beta. At that time, she was the classmate of future comic actors who was Paul Lynde and Charlotte Rae. Leachman also competed in Miss America in 1946, and after that, she started to see on television and in films for short roles.

Cloris Leachman started her career after winning the Miss American pageant’s scholarship in the Top 16. She also took acting classes from the Elia Kazan at the Actor Studio in New York City. Later, she was cast in Nellie Forbush’s role in a musical “South Pacific.” After some period, she appeared in a play “Come Back, Little Sheba” in 1950, but she left the show after she was cast as a co-star in the production of William Shakespeare’s “As You Like It.”

In the 1950s, she was seen in several television programs, including “Suspense” and “Studio One.” Later, she was seen in the movie “Kiss Me Deadly,” an American movie noir by Robert Aldrich. In 1956, she was cast into the film “The Rack,” which is an American war drama movie where; the movie was based on the play by Rod Serling. After that, she played a role in an American Western movie “Butch Cassidy and the Sundance Kid” by George Roy Hill in 1969.

Further, Cloris Leachman was mostly seen in television series like “Rawhide” and “The Twilight Zone” episodes. Also, she was seen playing the opposite of John Forsythe on the popular anthology “Alfred Hitchock Presents,” where she was seen in the episode titled” Premonition.” Leachman was caught in an American television series “Lassie” as Ruth Martin in 1957. Later, in 1958, she was replaced by an actress June Lockhart.

In the same year, Leachman was cast into an American anthology series “One Step Beyond” in the “The Dark Room.”  After that, she was seen playing as Marilyn Parker in the episode “The Mask of Vengeance” of an American detective television series “Checkmate.” In 1966, she was seen in a guest role as Gloria in an American legal drama series “Perry Mason,” aired on CBS television. She also appeared as Don Hollinger’s sister, Sandy, in the sitcom “That Girl.” 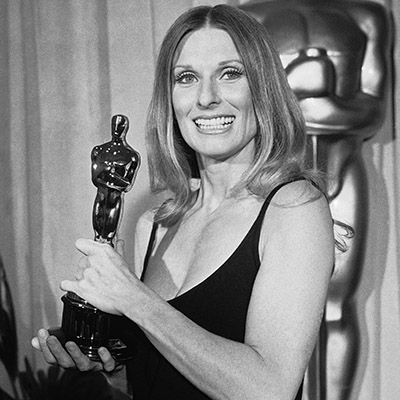 Cloris Leachman had won an Oscar for Best Supporting Actress in her career, who is for her best performance in the coming-of-age drama movie “The Last Picture Show.”  After that, she was also able to win a record-setting eight Primetime as well as one Daytime Emmy Awards for her outstanding role as Phyllis Lindstrom on a sitcom television series “The Mary Tyler Moore Show.” For this role, she had been nominated over 20 times, which is the best achievement for her career. Further, she had also won a Golden Globe Award for her recurring role in a sitcom television series, “Phyllis.”

In 1977, she was seen playing the guest role in “The Muppet Show,” which is a comedy television series, for which she also won the Sarah Siddons Award in 1978. After that, she had hosted the VHS releases of Schoolhouse Rock in 1987 as well as she had been seen as an evil witch Griselda in “Hansel and Gretel.” Also, she appeared in the sitcom “The Facts of Life.”

Later, Cloris Leachman provides her voice in several types of animated movies like “My Little Pony: The Movie,” “A Troll in Central Park,” “The Iron Giant, Gen,” and “Castle in the Sky.” After that, she played a role in the sitcom “Malcolm in the Middle,” where she had won two Emmy Awards for Outstanding Guest Actress and was nominated for playing the role of a character for six consecutive years.

After the massive success in her career, she was also seen in the miniseries “Beach Girl” and seen in “Spanglish” romantic comedy-drama, where she had nominated for SAG Award for her outstanding performance role. Later, she was seen playing a role in the remake of an American prison sports comedy movie “The Longest Yard,” Later, she also appeared in an American superhero comedy movie “Sky High.” Further, she also showed herself in a sitcom “Two and a Half Men” in 2005.

Later, Cloris Leachman was seen in another drama movie Mrs. Harris where she was again able to receive the nomination for Outstanding Supporting Actress and nominated in SAG Award for Outstanding Performance by a Female Actor. Also, she received the award from Drake University as an honorary doctorate in fine arts on May 14, 2006.

She also ranked No. 23 on the TV Guide Network special Funniest Woman on TV in 2011, wherein 2014, she got the honorary degree from her alma mater. Later, in 2017, she earned PETA’s Lifetime Achievement Award, her dedication to animal rights issues. 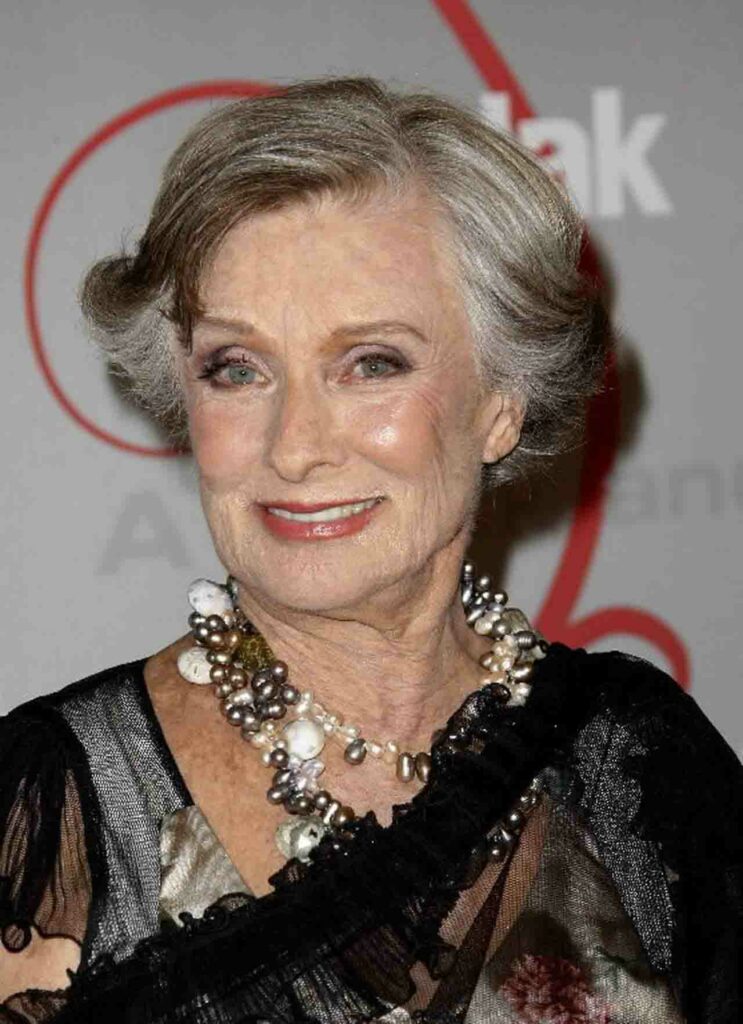 Cloris Leachman showed herself in three Mel Brooks movies, which consists of “Young Frankenstein” in 1974, “High Anxiety” in 1977, “History of the World, Part I” and “The Nutt House.”

Later, Cloris Leachman was seen playing a role in the movie “I Can Only Imagine.”

The estimated net worth of Cloris Leachman is $10 million.