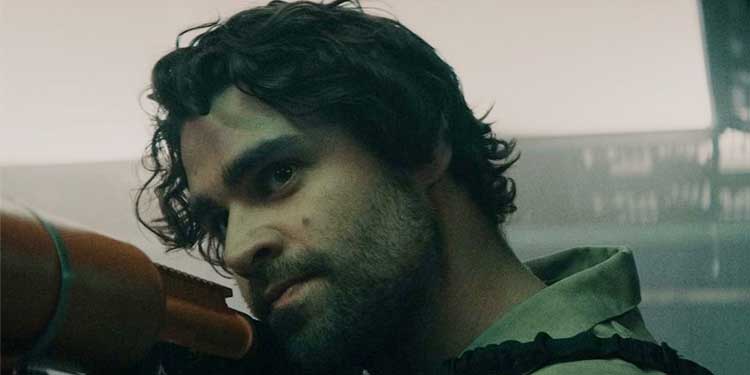 Cody Kearsley was born on 10 March 1991 in Kelowna, British Columbia, Canada to a father whose identity has not yet been shared by the actor with the public and to a mother whose name is Marlene Kearsley. There is not much information regarding the actor’s family life and early life but it is known that he was born and raised alongside his sister whose name is Carlee Kearsley. Besides this, he is currently 30 years old with the zodiac sign of Pisces.

Cody Kearsley holds Canadian nationality and belongs to white ethnicity. Unfortunately, there is no information available regarding his religious background and religious views at the moment. Besides this, he stands at a height of 6 feet and 2 inches (1.88m/188cms) tall and weighs around 75kgs (165lbs). In addition to this, he has a slim body physique with a pair of hazel eyes color and brown colored hair.

Cody Kearsley gave his debut performance in the entertainment industry in the year 2016 when he appeared as Nash and helped in the script as well as the production of the 2016 short comedy movie, ‘Borealis’. Following this role, he went on to appear as Hawkeye in the 2017 American superhero movie, ‘Power Rangers’ and as Chad in the 2017 movie, ‘Gemini’. His most recent work came in the year 2020 when he played the role of Travis in the drama thriller movie, ‘River Road’ and the role of Noah in the American science fiction action movie, ‘Breach’. Moreover, he is also set to appear in the upcoming movie, ‘Kingdom Come’ in which he is also helping and working as the producer.

Cody Kearsley gave his debut performance on television in the year 2017 when he played the main role of Josh in the 2017 drama television series, ‘Josh’. Following this role, he went on to play the recurring role of Marmaduke ‘Moose’ Mason for 28 episodes of the American teen drama television series, ‘Riverdale’. The show was directed by Gabriel Correa, Steven A. Adelson, Rob Seidenglanzand starred Lili Reinhart, Kerr Smith, Skeet Ulrich, Bernadette Beck, Cole Sprouse, Rob Raco, Camila Mende,  and many more.

Besides his professional acting career, Cody Kearsley has also worked as a producer in numerous short movies and television series. He gave his debut as a producer when he starred as well as worked in the production of the short comedy movie, ‘Borealis’ in the year 2016. Likewise, he has also worked as a producer for 3 episodes of the drama television series, ‘Three Little Pieces’ followed by the short drama movie, ‘13th Round’. Moreover, he has starred as well as helped in the production of the fantasy movie, ‘Kingdom Come’ which is currently under post-production.

Cody Kearsley has not yet won major awards and accolades to date but we hope for his very best and wish to see him win as a recipient of numerous awards and honors in the upcoming years of his professional acting career.

Unfortunately, not much information is available regarding Cody Kearsley’s love life. He has been rumored to be gay as he has played an on-screen role of Moose Mason who is gay. However, this rumor has not been accepted to be true by the actor to date. Because of this, the media is in confusion regarding his sexuality. In addition to this, there is no information available regarding his past relationships and it has been assumed that he has remained single without being involved with anyone to date. Moreover, he has not been married to anyone yet nor does he father any children.

What is Cody Kearsley’s Net Worth?

Cody Kearsley earns primarily through his acting career and also through his career as the co-founder of the Vagrant Players theater in Vancouver, British Columbia. In addition to this, he is also partnered with the Docket App which is a customizable client calendar built for businesses. As of the year 2021, Cody Kearsley has an estimated net worth of anywhere around $500,000 to $1 million.