Cole Sprouse is an American actor. He is famous for his role as Jughead Jones on The CW television series Riverdale.

Cole Sprouse is a young and talented star of this generation. He is an actor, producer, photographer aw well as a model. He is currently popular for his performance in Riverdale as Jughead Jones.

Sprouse was born on 4th August of 1992 in the city called Arezzo of Tuscany in Italy. He is the twin brother of actor Dylan Sprouse and is younger than him by 15 minutes. He is the son of Matthew Sprouse and Melanie Wright. Even though he was born in Italy, he belongs to American nationality as his family moved to California, United States, when he was just four months old.

Sprouse graduated from Laurel Springs High School and joined New York University with the hope of getting a degree in the film, but he dropped out of the university after one year. Then he joined the Gallatin School of Individualized Study, where he took the Humanities and Archeology as his primary subject. 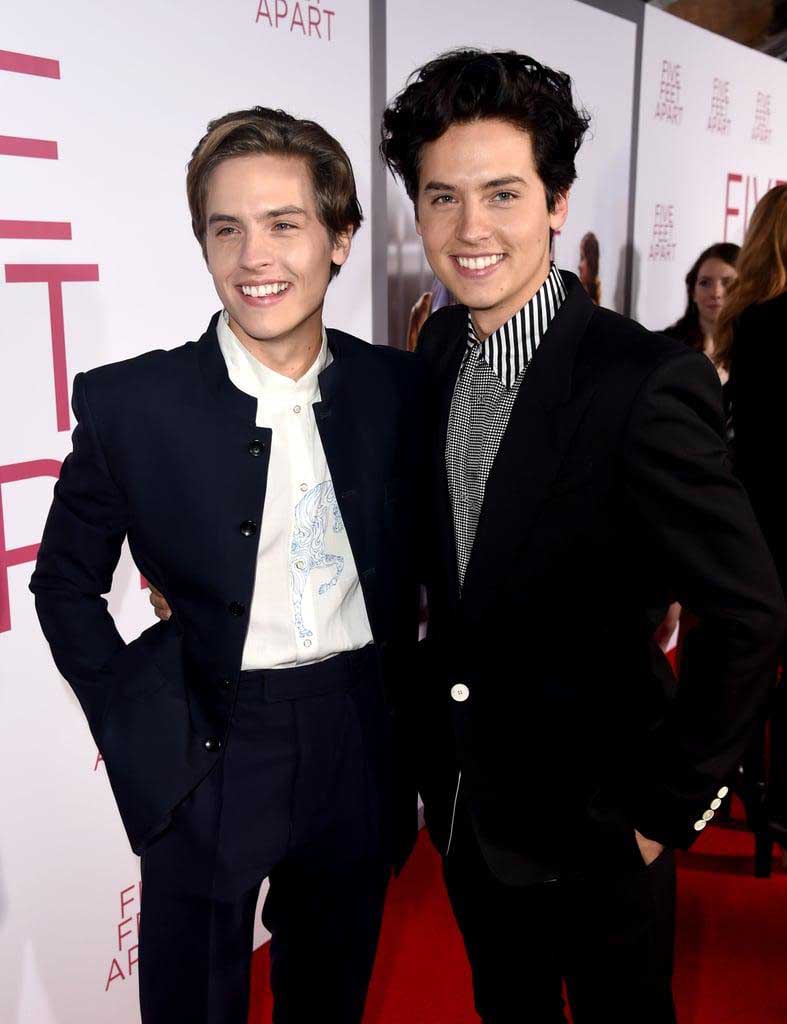 Sprouse started appearing in films and commercials at the age of 8 with his twin brother.

Cole Sprouse made his TV debut in 1993, starring in the American sitcom Grace Under Fire as Patrick Kelly. The series ended in 1998, after which he made his guest appearance in the comedy series called Mad TV. He played the recurring role in the hit TV series Friends that was premiered in 2000. He appeared in 7 episodes as Ben Geller. In 2001, he made small appearances in the child horror series named The Nightmare Room and another drama series, That ‘70s Show.

In 2005, he again landed the leading role in the teen sitcom named The Suite Life of Zack & Cody, where he portrayed the character of Cody Martin. The series was premiered in 2005, and for his performance, he received 2 Young Artist Awards nomination in 2006 and 2007 and 3 Kids’ Choice Awards nomination for Favorite Television Actor in 2007, 2008, and 2009 respectively. He again played the leading role in the series of The Deck Life on Deck, which was premiered in 2008. He once again received the Kids’ Choice Awards nomination in 2010 and 2011.

Cole Sprouse made his breakthrough from the American teen drama series called Riverdale. Sprouse portrayed the character of Jughead Jones in the series, and it was premiered in 2017. He earned countless awards for his performance in the series; he won his first award in 2017. He won a total of 6 Teen Choice Awards for Choice Drama TV Actor, and Choice Tv Ship shared with Lili Reinhart in 2017, 2018, and 2019, Choice Liplock, which he shared with the co-star Lili Reinhart, Choice Male Hottie in 2018. He also received the Saturn Awards nomination in 2018 and 2019. 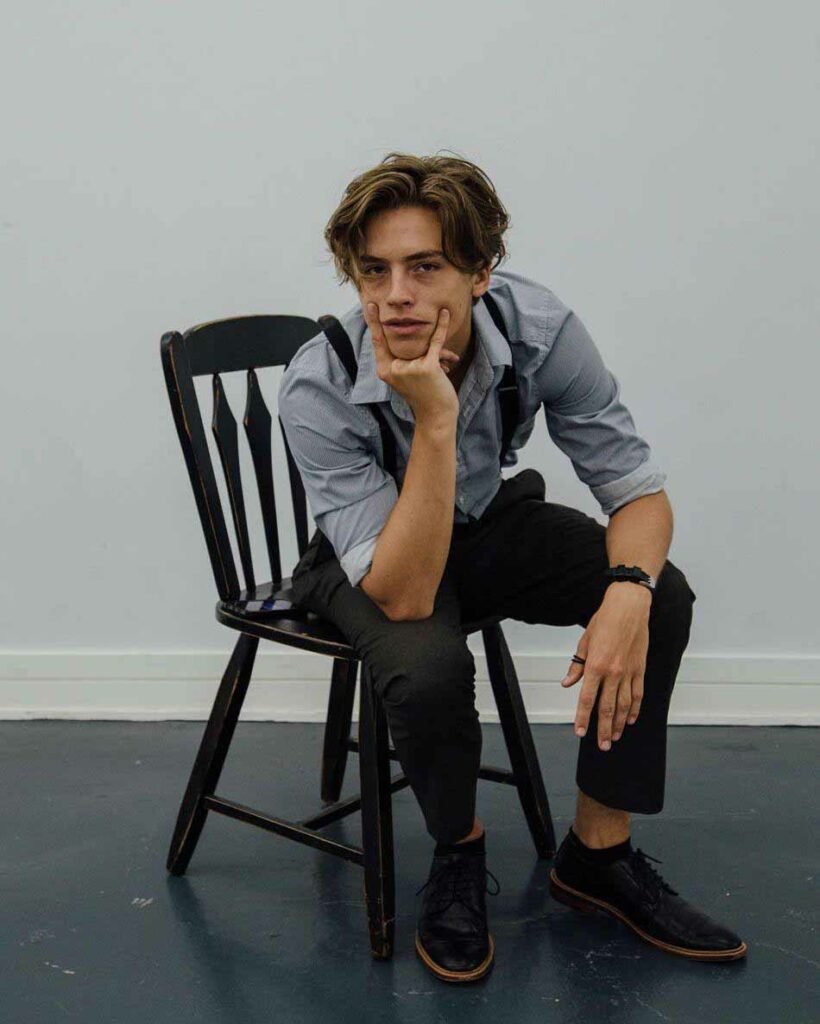 In 1999, Cole Sprouse appeared in the comedy film Big Daddy as Julian McGrath. The audience highly loved his performance, and he received a YoungStar Awards nomination for Best Performance by a Young Actor in a Comedy Film. In 2000, he received Blockbuster Entertainment Awards, MTV Movie Awards, and Young Artist Awards nomination. The same year, he made his appearance in the film The Astronaut’s Wife as a twin.

In 2001, he played the small role in Diary of a Sex Addict as Sammy Jr, and I Saw Mommy Kissing Santa Claus as Justin Carver. In 2002, he appeared in the adventure film, The Master of Disguise as young Pistachio Disguise. He voiced for the character KB Toys soldier in an animated comedy-drama film Eight Crazy Nights.

Then Cole Sprouse went on to star in the child drama film, Jus for Kicks as Cole Martin in 2003 and A Modern Twain Story: The Prince and the Pauper as Eddie Tudor in 2007. He also starred in the adventure film, The Kings of Appletown as Clayton in 2008.

In 2019, Cole Sprouse made his first breakthrough from the romantic film, Five Feet Apart, portraying the character of Will Newman for which he received the Teen Choice Awards nomination for Choice Drama Movie Actor in 2019.

According to the rumors, Cole Sprouse is currently single after breaking up with his long-time girlfriend, Lil Reinhart, in 2020. He started dating actress Lil Reinhart in 2017 after meeting her in the film set of Riverdale and even attended various awards programs together. After dating for about three years, the reason behind their breakup is still unclear, and Sprouse prefers to keep it private about it.

Cole Sprouse is active in social media like Instagram, TikTok, and Twitter. He is famous on Instagram, with over 33 million followers and over 9.9 million followers on Twitter. He has posted numerous posts and tweets regarding the racial justice; he also went on to join the protest held in Los Angeles and was unfortunately arrested on 31st May of 2020. He has made numerous comments about racial justice and injustice on his Twitter.

Besides acting, Sprouse is interested in photography and archeology. He is seen taking beautiful photographs most of the time. He also once discovered the ancient mask in Bulgaria during his archeological field trip.

Cole Sprouse is tall and handsome, with a height of 6 feet and 0 inches and a body weight of around 82 kg. He has a green eye and light brown hair, but he had natural blonde hair when he was a child. He possesses a slim body build and has his own personal diet plan to keep his body perfect in the model shape.

His sexual orientation is straight, and belongs to white ethnicity. He has no tattoos on his body. His distinctive features include his fair skin tone and attractive height.

As of 2020, Cole Sprouse has a net worth estimated to be around $8 million. He earns his millions from filming and modeling, and his net worth is expected to grow more in the upcoming future. He solely makes around 40 thousand dollars from each episode of the TV series Riverdale. Since the series will be continued again, as one of the lead characters, he will bring more millions home in the coming future.