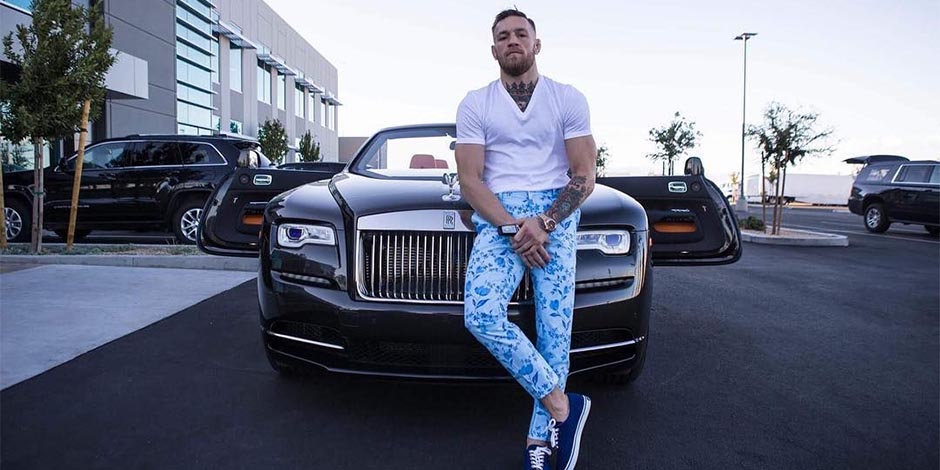 You never make yourself a successful person if you do not work hard during your starting days. This rule is followed in every field; acting or sports. Your hard work and devotion determine your success. Apart from hard work, your belief in your self and never giving up mindset are equally essential for you to succeed in life.

Conor McGregor is a former professional MMA fighter/boxer from Ireland. He is also the former champion of the Ultimate Fighting Championship in both lightweight and featherweight category. He also has the highest pay-per-view for an MMA fight.

Conor McGregor was born as Conor Anthony McGregor to Tony and Margaret McGregor on 14th July 1988 in Crumlin. He is the oldest child of the couple and has two sisters. He spent most of his childhood in Crumlin. He developed a passion for football and used to play for Lourdes Celtic Football Club during his teen years. He started his training in boxing when he was 12.

He completed his primary and secondary level of school from Coláiste de hÍde. He moved to Lucan with his family in 2006 and completed his plumbing traineeship. Conor had also attended Gaelcholáiste Coláiste Cois Life. His MMA training with Tom Egan around that time. 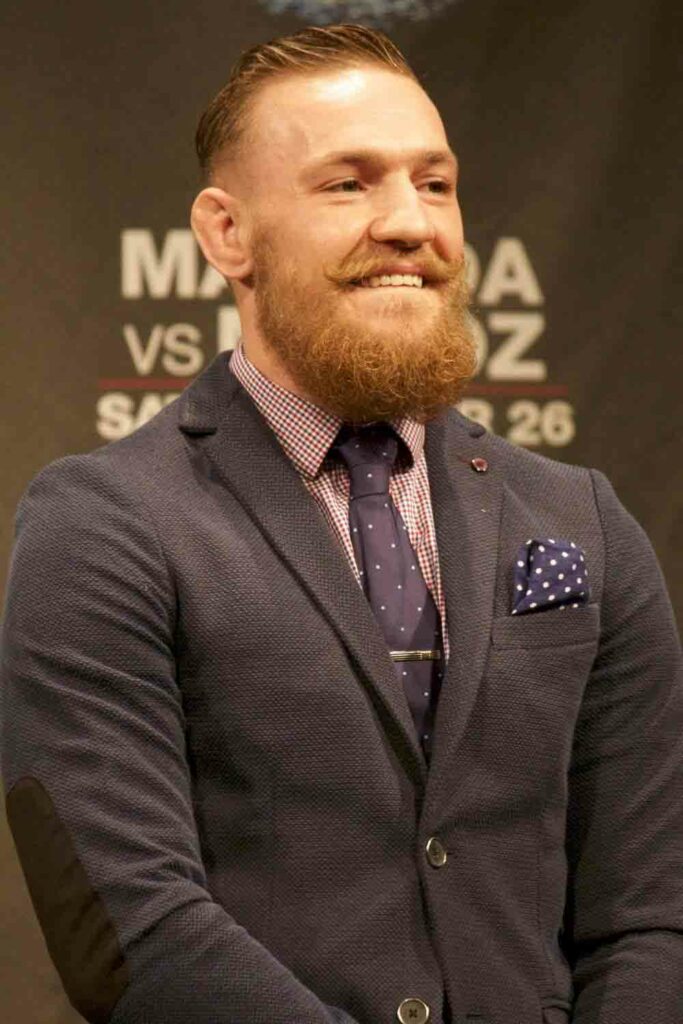 Conor McGregor’s first MMA fight was in 2007 against Kieran Campbell, which he won with a technical knockout. He was eighteen at that time. His professional career started after the fight when the Irish Cage of Truth promotion signed him.

His first fight as a professional was in 2008 at a Cage Warriors event in London. He won both featherweight and lightweight category in the event with a fantastic winning streak in 2012.

UFC signed him in February of 2013. He was the second fighter from Ireland to compete in Ireland apart from Tom Eagan. He made his UFC debut in April of that year against Marcus Brimage. He won his debut match and claimed the “Knockout of the Night” title. He was then matched against Andy Ogle, but the game was called off after Ogle sustained an injury. Ogle was replaced by Max Holloway to fight with Conor. Conor won the match but suffered an injury to the ligament and was kept out of action for about ten months.

After his injury, his fight was fixed against Cole Miller. Conor won the contest and also got the Performance of the Night title. He then defeated Dustin Poirier, making himself a contender for the featherweight championship. He then fought and won against Dennis Siver. His next fight was scheduled against Jose Aldo; the fight was widely advertised but caused disappointment in audiences after the fight got canceled following Aldo’s rib fracture.

Multiple fighters turned down the offer to fight against him until Nate Diaz fought and won the match against him. The fight was the first UFC match he lost after 2010. He scheduled a rematch with Diaz in 2016 and won the fight. He then fought against Eddie Alvarez in a lightweight match. He won the match to become the first fighter to succeed in both the featherweight and lightweight category.

His title of the lightweight champion was taken away from him after he remained inactive in the scene. He then fought against Khabib Nurmagomedov in 2018 to regain the title but lost the match. He announced his retirement from the fighting stage in March of 2020 but returned from retirement, wanting a rematch with Nurmagomedov. 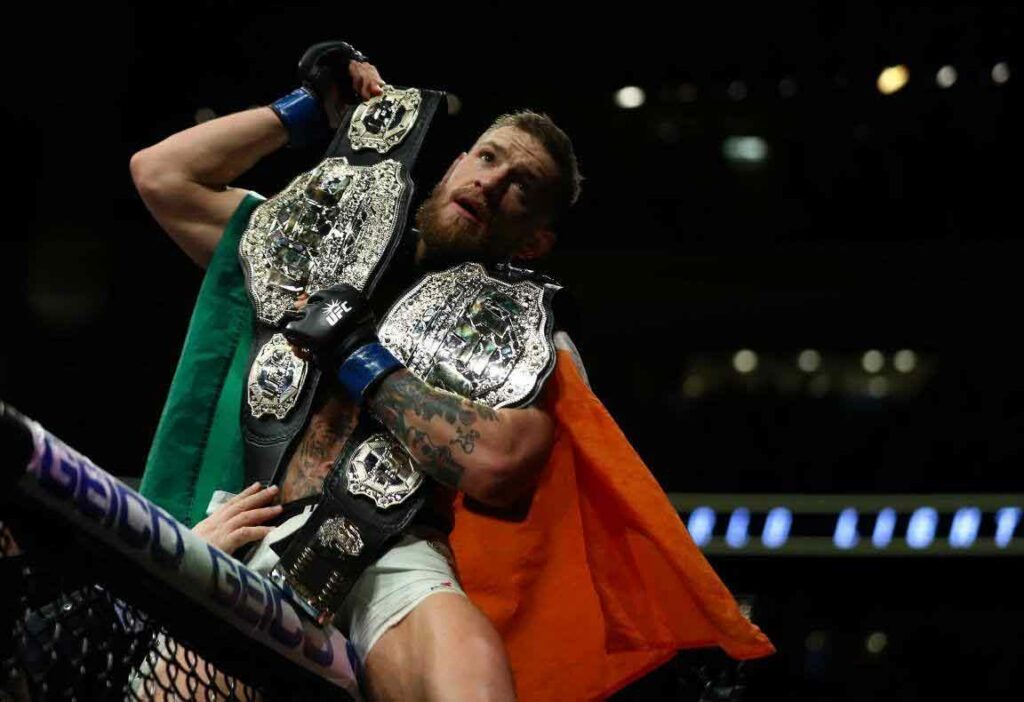 Conor McGregor’s first professional boxing match was in 2017 after he competed against the undefeated boxing champion, Floyd Mayweather Jr. The fight between them was expected to be the richest fight in boxing history. The fight went on for ten rounds until Mayweather finished him off with a TKO. The fight generated over $55 million from gate sales and over 20 million pounds from PPV. It was reported that Mayweather would be paid a sum of $100 million from the fight, and Conor would get $30 million.

After returning to the scene, he defeated Donald Cerrone with a TKO and became the first person to do so in all three weight categories.

He has fought 26 fights in his MMA career and has won 22 of them; 19 are knockouts. He has also made an appearance in a documentary, four videogames, and a few television shows.

He announced his retirement from the scene in June of 2020.

Apart from his MMA titles, he has also won The MMA Community Male Fighter of the Year in 2015 and a few other awards, including five Sherdog awards. 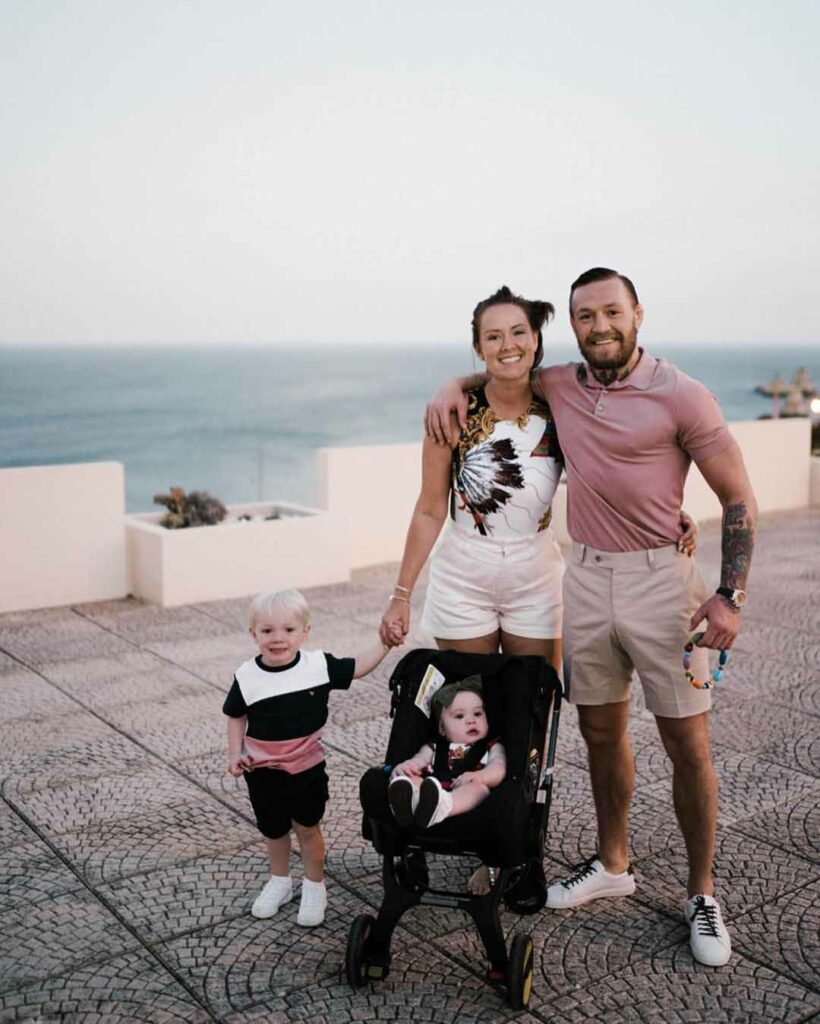 Conor McGregor is in a relationship with Dee Devlin since 2008 and has two children from the relationship. He is from a Catholic Christian background and has Irish ancestry.

He has also done endorsing for several brands and products. He was also in the list of the Top 100 Most Influential People in 2017 by Time Magazine.

He was arrested for sexual assault in September of 2020 in Corsica.

Conor McGregor is 1.73 meters or five feet and eight inches in height and weighs seventy-seven kilograms.

According to celebritynetworth.com, Conor McGregor has an estimated net worth of over $120 million.