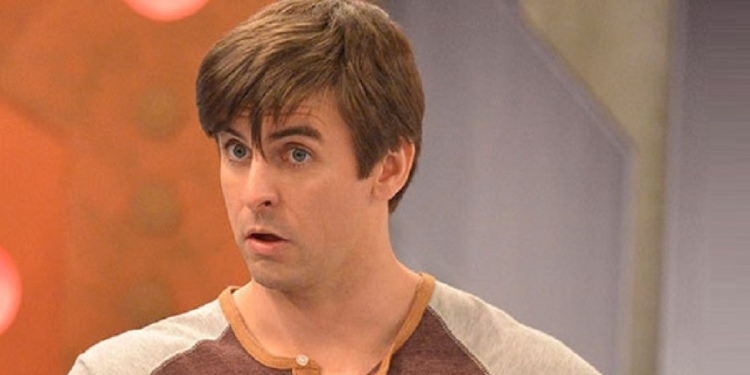 Cooper Barnes, an American-British actor, writer, director, and producer. He is famous for the hit TV series ‘Henry Danger’ as Ray Manchester or Captain Man on the Nickelodeon.

Cooper Barnes was born in Sheffield, England, on 15th April 1979, turning 42 this year 2021. He got raised in Michigan, the USA, holding an American and British nationality and belonging to white ethnicity. His sun sign is Aries. He went to Northville High School in 1997. Cooper’s current residence is in Los Angeles, California, USA. The information regarding his parents and siblings is not disclosed yet. He is also known as Nick Cooper Barnes. It is also not revealed that where he graduated from.

Cooper Barnes began his acting career in 2001; he started by doing small roles in the entertainment industry, the TV series named ‘Californication’ in 2007. He then emerged in the TV series called ‘Cold case.’ After two years, the actor appeared on the show ‘Pacino and Pacino Talent Agency.’He appeared in a total of eight performances of the show after signing in the series. Barnes got featured in one of the series named ‘My Sister Charlie’ in 2012 and in ‘Pair of kings-The king’s Brother.’

Barnes did many projects like ‘Switched at birth,’’ Jessie,’’ Suburgatory,’’ Sunken City,’ lent his voice to the two characters in the movie named ‘Escape from planet earth,’ ‘The Perfect Host’ and ‘Defending Santa’ in 2013. Barnes came into the limelight’s in 2014 from ‘Captain Man’ or ‘Ray Manchester’ for Henry Danger’s show. This show made a massive success in the entertainment industry and is still running in the channel named Nickelodeon. Barnes is one of the establishing partners of the sketch comedy troupe called Frog Island.

Barnes played in various shows and movies like ‘Victorious, ‘’ I am that girl, ‘Switched at birth,’ ‘Kickin’ it, ‘’ The loud House,’’ The Mindy Project,’’ The adventure of Kid Danger’ and ’Danger Force.’

Liz Stewart, an American stand-up comedian, actress, and writer, is Cooper Barnes’ spouse. Liz began her career in Houston, where she learned playwriting under the direction of a Pulitzer Prize-winning author named Edward Albee. She graduated from Chicago’s famous second city, attended the Steppenwolf Theatre, accumulating critical acclaim by the Chicago Tribune as a ‘Must see,’ and started her involvement with stand-up comedy. To pursue her career and exploring her interest, she went to Los Angeles. She emerged in the SyFy channel, TV guide network, Reelz Channel, Nuvo TV, and Sirius XM radio. Her YouTube channel has over 11 million views and appeared on Comedy Central’s Atom TV.

She has won in Many comedy festive involving the Independent Television Festival and NBC’s IYS. She has been on media spotlights after her recrudesce role in the TV series ‘Pacino and Pacino Talent Agency’ in 2011 as a Secretary. In 2006, she also co-starred with Sandeep Parikh and Kevin Pereira in her first television movie. In the movie named ‘Loading Zone,’ she is the writer and producer.

Cooper and Liz read their wedding vows and tied their wedding knot on 4th October 2015. Before marrying her, the couple dated for quite a while. The couple welcomed their baby girl named Ripley Barnes on June 25th, 2016. The couple celebrated their second anniversary on October 2-17, showing how much they are happy with each other and their growing relationship. Cooper shared a beautiful picture of his daughter wishing every day happy father’s day on father’s day.

Cooper Barnes’s earning sources are from TV shows, Event appearances, and other projects. He owns a Mercedes. His net worth is estimated to be approx $1.5 million US dollars.