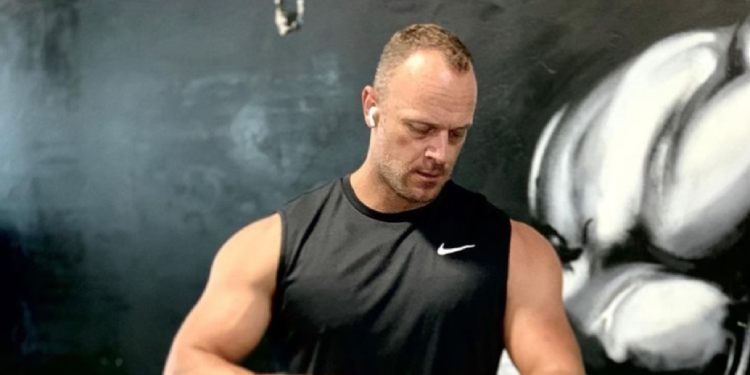 Cory LeRoy is an American pilot and social media personality. He is famous in the media as the head of ‘The LeRoys,’ a YouTube channel. He vlogs alongside the other members of his family and posts prank videos, tutorials, and more. Please stick with us to know more about his life and work.

Who is Cory LeRoy?

Cory was born on 12 May 1979 somewhere in the United States of America. Currently, he has not revealed the identity of his parents. However, he often posts with them on his social media accounts. Likewise, he has also not talked about his siblings. Besides this, he is currently 42 years old with the zodiac sign of Taurus.

LeRoy holds an American nationality, and he belongs to the white ethnicity. However, he has not mentioned the details of his ancestry at the moment. Besides this, his religious views and background are also currently a mystery.

Cory has not shared the exact details regarding his height and weight. Likewise, his body measurements are also a mystery. However, judging from his looks, we can tell that he has a slim and fit body physique. In addition to this, he has a pair of brown eyes color with brown hair color.

LeRoy studied at the Skyline High School in Utah and completed his schooling from there. He was in the batch of 1995. For further education, he studied at Utah Valley University. He studied Aviation Science and graduated with a Bachelor of Science degree in 2008.

Cory is currently married to his wife, and her name is Shanna LeRoy. She is a fitness trainer, cosmetologist, and photographer by profession. The two of them first met during their high school days. Since then, they began their journey of love and finally tied knots in the year 2002. Following their marriage, they welcomed their daughter, Kesley Jade, a year later in 2003. Three years later, they welcomed a son, and his name was Logan Thomas LeRoy. Sadly, he had congenital heart disease when he was only four months old. He fought for over four more months and finally succumbed to the disease when he was eight months old.

Cory often mentions his late son in his videos. However, the family finally moved on and welcomed three other children into their family. Their names are Rhett LeRoy, Reese LeRoy, and Perri LeRoy. They were born in the years 2007, 2009, and 2011 respectively. This family of five is currently living happily in their residence and posting vlogs together.

Cory did not always work as a prestigious pilot and vlogger. He began his professional career initially working as a construction laborer for around five months with Okland Construction. Then, he made his way into the sales and maintenance department of another company called The Lifthouse. In 1997, he began working as the construction supervisor for Shaw Construction, Inc. The position was held for over four years. Following this, he started his career as a customer service representative at Nu Skin Enterprises in January of 2005.

Cory got promoted and worked as a team lead in September 2007 and then as a regional sales support supervisor in May 2009. After working there for almost seven years, he finally completed his aviation studies. He then worked as an advanced flight instructor at Utah Valley University for over twelve years. It was only after that he began professionally flying planes. He currently works as a pilot for SkyWest Airlines and starts his service back in September 2013. Moreover, he also hosts the YouTube channel, The LeRoys.

Cory earns from his professional career as a pilot. In addition to this, YouTube is also a source of his riches. As of 2021, he has an estimated net worth between $1 million and $5 million.

Cory is active on social media platforms. His official Instagram account (@daddy_coco1) has well over 86 thousand followers. Likewise, his YouTube channel (The LeRoys) has over 1.5 million subscribers. In addition to this, he is also available on LinkedIn, and his profile (Cory LeRoy) has over 180 connections. Besides this, he does not have a verified Twitter or Facebook page yet.