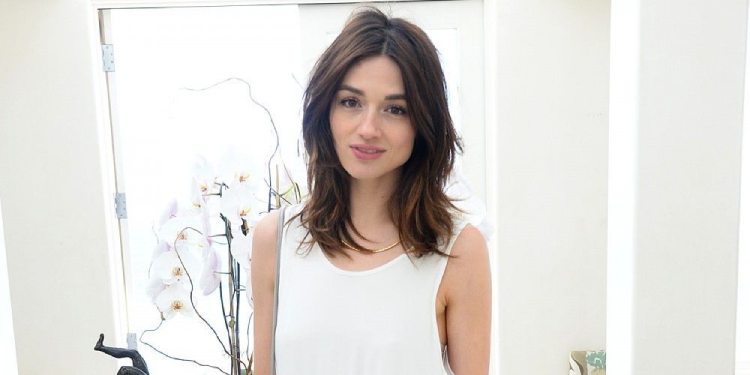 Crystal Reed’s full name is Crystal Marie Reed. She is an American actress and is most popular for playing the role of Allison Argent. She appeared in this recurring role for three years from 2011 to 2014 in the American supernatural series, ‘Teen Wolf.’ She has won several awards and nominations for playing this role. Moreover, she is also famous for appearing as Sofia Falcone in ‘Gotham’ as well as Abby Arcane in ‘Swamp Thing.’ She has been in the spotlight many times in her career for jaw-dropping performances but she has also caught the attention regarding her personal life. Please stick with us as we discuss what exactly happened in her life.

Crystal Reed was initially in a marital relationship with her ex-husband and his name is Peter John Nottoli. There is not much information about how they met or how long they dated. But we do know that their marriage took place in the year 2008. It was a private ceremony and it took place in the presence of close friends and family members. However, things did not go too well for the couple as they started having a lot of problems in 2011. They filed for a divorce and they legally divorced in 2012. They did not have any children from their marriage.

A month after her breakup with Daniel, Crystal began dating Darren McMullen, a television personality. He is famous for hosting ‘The Voice: Australia’. They enjoyed their relationship for over three years when Crystal started drawing attention. Rumors began spreading that she was cheating on McMullen with Joshua Jackson. However, they never confirmed anything regarding this rumor and kept the matters away from the media’s attention.

Another rumor began in 2017 after the fans and the media spotted Reed with a diamond ring. This led them to assume that Darren must have proposed to her. Soon, he announced to Daily Mail that they were planning to marry if Australia legalized gay marriage. He further stated that he has always supported the gay community and rights. This led to many fans wondering if he too was gay. Sadly, the couple was never able to enjoy the happiness of marrying each other as they separated in 2019.

Crystal remained single for a long time after her breakup with McMullen. Fans assume that she is currently single and not dating anyone. However, some fans have also spotted her with the Canadian-American actor, Joshua Jackson. However, neither Crystal nor Jackson have openly talked about this topic leaving the fans to wonder.