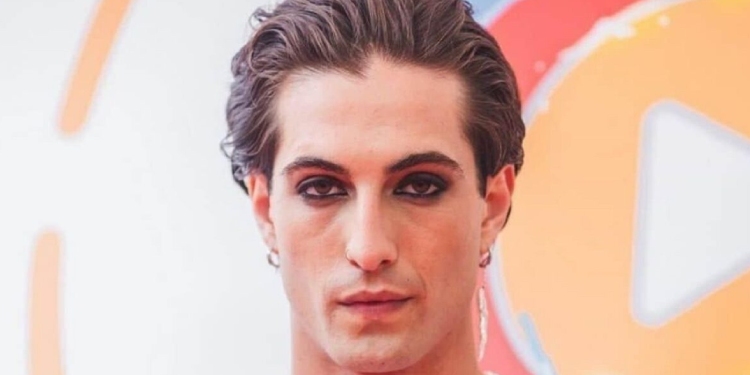 Damiano David is an Italian musician and composer better remembered as the lead singer of the Italian rock band Mneskin, who won the Sanremo Music Festival 2021 and the Eurovision Song Contest 2021, with the song “Zitti e buoni,” as the Italian candidate in the latter. In addition, he got known as an Italian fashionista.

Damiano was born in Rome, Italy, on January 8, 1999, to parents who worked as flight attendants. His parents’ profession required him and his brother to travel internationally from a young age, and they got exposed to various customs. He played basketball as a point guard for the local team Eurobasket Roma until he was 17. He remembers that his basketball experience instilled in him the commitment he needed to achieve in life.

David stands at 5 feet 9 inches tall and weighs 73 kilos. He is also a health and fitness enthusiast. He has brown hair, which he likes to style differently, and bright brown eyes.

Damiano began singing at the age of six years old. He encountered Victoria De Angelis, Thomas Raggi, and Ethan Torchio at high school, his current band members from Maneskin. He went to the Eugenio Montale Liceo linguistico in Rome, but he did not finish high school but instead focused on his music career, which he had the backing of his parents. He was first denied the singer’s job in their local band because his style got deemed “too pop,” but his determination to be in the band finally got him admitted.

David’s manner and style, particularly his stage presence, quickly evolved as he learned to express himself and acquire conviction in his masculinity openly. The band got established in 2016 and began performing as buskers in Rome’s streets. Still, they quickly came to popularity in 2017 after finishing second in the eleventh season of the Italian talent program X-Factor. Then, with the studio album Il Ballo della vita and a tour in 2018 and 2019, the band made a smashing breakthrough. Teatro d’ira: Vol. I, their second studio album, was released in 2021.

You might also want to check out Clemens Rehbein.

He was unjustly accused of drug usage at the Eurovision Song Contest 2021 after their victory. Ever since first, David and his bandmates have been anti-drug activists. He appears to believe that inspiration comes from a “healthy, trained, and lucid” mind and that attempting to adequately convey “our self by binding oneself to something that rather makes us reliant, slaves” contradicts trying to express “truly our self by binding ourselves to something that instead makes us dependent, slaves,” also referring to the 27 Club.

David currently seems to be dating his band member Victoria De Angelis. He posts tons of pictures with her on his Instagram account. She is also a musician. Talking about his past relationships, he dated Lucrezia Petracca for some time. He also got linked with Giorgia Solari and seemed to have dated her for a certain period.

You might also want to check out Janet Paschal.

Via many online sources, David’s net worth is estimated to be around 400k that he has accumulated as a lead vocalist of the popular band.