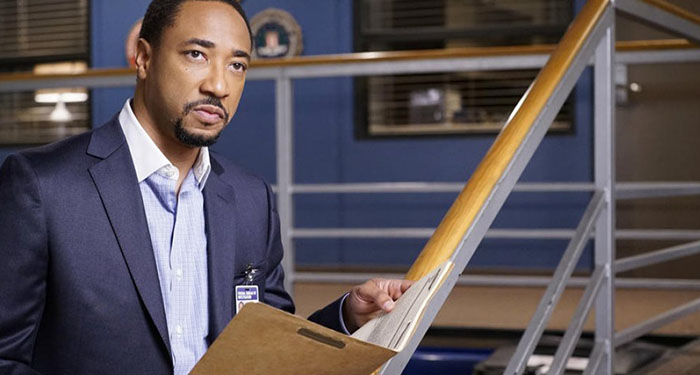 Besides his acting career, Damon Gupton can also be seen as an orchestral conductor in numerous orchestras like the Kansas City Symphony (KCS) in the year 2006, where he appeared as an assistant conductor, the Cincinnati Pops Orchestra, where he appeared as a guest conductor and the Sphinx Chamber Orchestra where he was the lead conductor during its tour. He has won numerous awards as a conductor, including the Robert J. Harth Conducting Prize and the Aspen Prize for Conducting.

Damon Gupton’s full name is Damon Jamal Gupton. He was born on 4 January 1973 in Detroit, Michigan, The United States, to parents whose identity has not been made public by the actor. However, it is known that his mother named him after the Senior Judge of the United States Court of Appeals for the Sixth Circuit, Damon Keith. It is also known that the actor shares a stable relationship with his mother. Likewise, there is no information available regarding the actor’s sibling details and detailed family background. Besides this, he is currently 48 years old with the zodiac sign of Capricorn.

Damon Gupton stands at the height of 5 feet and 6 inches (1.68m/168cms) tall, and information regarding his exact weight is not known. In addition to this, he has an athletic body physique with a pair of dark brown colored eyes and dark brown colored hair. Damon holds an American nationality and belongs to Hispanic and African American ethnicity. Unfortunately, there is no information regarding the actor’s religious views and beliefs at the moment.

Damon Gupton studied and completed his higher studies at the University of Michigan located in Ann Arbor, Michigan, where he graduated with a Bachelor of Music and Education degree. Later, he went on to study in the Julliard School, from where he graduated with a degree in drama. He also studied in the Aspen Music Festival and School, where he chose conducting as his subject and studied alongside the American conductor and violist, David Zinman, and the American conductor and professor, Murry Sidlin. Furthermore, he has also studied in the National Conducting Institute, where he was acquainted with the American conductor, an author, and a composer, Leonard Edward Slatkin.

Damon Gupton gave his debut performance as a professional actor in the year 2002 when he played a small role of a businessman in the American thriller drama movie ‘Unfaithful.’ Following this movie, he went on to appear as Pearson in the 2006 short film, ‘Helen at Risk,’ as the doctor in the 2007 American crime thriller movie, ‘Before the Devil Knows You’re Dead and as Monk Gyatso in the 2010 American adventure fantasy action movie, ‘The Last Airbender.’

Likewise, he has also played the role of a colonoscopy technician in the 2012 American comedy movie, ‘This is 40’, the role of Mr. Kramer in the 2014 American psychological drama movie ‘Whiplash’ and the role of Leonard Herring in the 2015 American found footage supernatural horror movie, ‘Always Watching: A Marble Hornets Story’ ( Starring Doug Jones, Alexandra Breckenridge, Jake McDorman, Chris Marquette, Alexandra Holden, Rick Otto )

In 2016 when he portrayed Harry’s role in the American musical romantic comedy-drama movie ‘La La Land.’

Damon Gupton was awarded the Emerging Artist award by the University of Michigan’s School of Music, Theater, and Dance Alumni Society. He has also won the third International Eduardo Mata Conducting Competition of Mexico City along with the Robert J. Harth Conducting Prize. Moreover, he is also a recipient of the Aspen Conducting Prize. In addition to this, he has also been honored as a Presidential Professor in 2009 by the University of Michigan.

Unfortunately, there is no exact information regarding Damon Gupton’s personal life. However, there were moments where Damon Gupton’s name was associated with the actress, musician, composer, educator, poet and activist, Meaghan Boeing. Likewise, there is no reliable information regarding the actor’s marriage, but it is assumed that he has not been married yet, nor has he fathered any child.

What is Damon Gupton’s Net Worth?

Damon Gupton earns primarily from his acting and conducting career, and as of the year 2020, he has an approximate net worth of $3 million.

Damon Gupton is active on social media platforms. His official Instagram account (@djgpublicity) has over 3.4 thousand followers, and his official Twitter account has over 10.8 thousand followers. He also has his website, where people can visit and know more about the actor by studying his biography and viewing galleries with his pictures and moments.