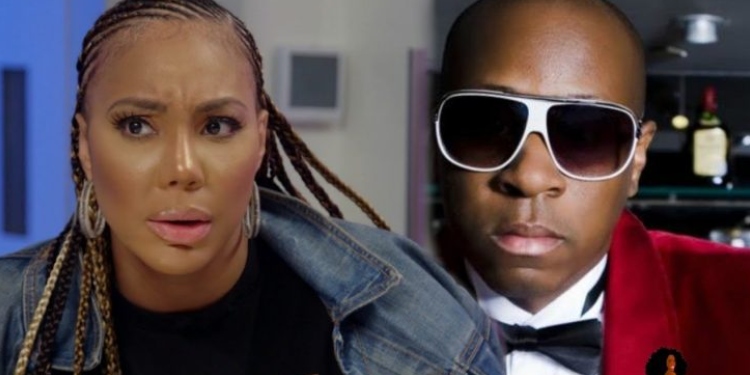 Darrell Delite Allamby is an American composer and producer who is most recognized as the former spouse of Tamar Braxton, a spectacular American vocalist. He rose to prominence after the couple’s tumultuous marital situation got exposed in public.

Darrell Delite Allamby was born in Brooklyn, New York City, in the United States of America, although his actual birth date is unknown. He has a sister called Toshira Allamby, but no information about his parents is available in the public domain. In terms of ethnicity, he is a black American of Panamanian ancestry. Darell began his musical career at the age of 16, after being passionate about music since he was a child.

Speaking about his educational background, there is no information about that available to the public.

The Artist is 1.72 meters tall at 5 feet 8 inches. His physical weight is about 80 kilograms (176 pounds). Darrell has dark black hair and eyes that are black in the shade.

Busta Rhymes, LSG, Silk, and Gerald LeVert, are just a few of the artists who collaborated with Darrell Delite Allamby on successful tracks. In addition, he’s collaborated with several well-known singers and songwriters in the music business. He had even collaborated with Tamar Braxton, and it was through this, they met and fell in love. However, he is not as well-known as his wife, Tamara.

His private details are hidden from the media, as are his professional achievements and projects. He appears to value his privacy and does not want the media to snoop around for data about him. On Wikipedia, he has a list of songs that he wrote or co-wrote.

You might also want to check out Tamar Braxton.

Darrell Delite Allamby was wedded to Tamar Braxton, whom he adored. But, on the other hand, the marriage life could not last more than a year and a half. It has been called a “dreadful marriage” and a “total disaster.”

Tamar Braxton and Darrell Delite Allamby are said to have hitched in 2001. They are said to have met in the studio in the year 2000 to collaborate on the album tracks “Money Can’t Buy Me Love” and “Once Again.” That’s when they began dating and eventually ended up marrying. The marriage, nevertheless, did not survive long and ended in divorce on February 7, 2003.

Tamar Braxton spoke up about her married life to Darrell Allamby with the Daily Mail UK on January 16, 2015. She said that God rescued her from an abusive marriage that had psychologically and physically broken her. However, she said that it was a difficult moment for her. In September 2013, she gave a small clue about her awful married life with Derrell at a ‘Girl Talk‘ session.

Following his divorce from his spouse, Derrell Allamby has kept his personal life private. If he is presently dating someone or not is undisclosed. He hasn’t made his current dating status public. Nevertheless, it’s safe to presume he’s dated, several women.

Darrell Delite Allamby has no children from his marriage. Still, on October 23, 2014, he was claimed of being an absentee father to his children in Atlanta and New York by a lady called Cherie Covington, which was also posted.
Derrell did not respond to the charge, but a lady called Toshira, who stated to be Derrell’s sister, did, claiming that Derrell had custody of all of his children save his oldest and that he is not an absentee parent at all. It’s hard to learn the reality about these claims considering Derrell Allamby is and has been quiet.

Darrell Delite Allamby has amassed a substantial quantity of money over his professional career. Darrell Delite Allamby’s net worth is thus is estimated to be around $5 million. In addition, he made a good living as a music producer. As a result, he has been enjoying a lavish lifestyle.

You might also want to check out Chick Corea.