Skip to content
Home » Net Worth » What is Dave Baksh’s Net Worth? 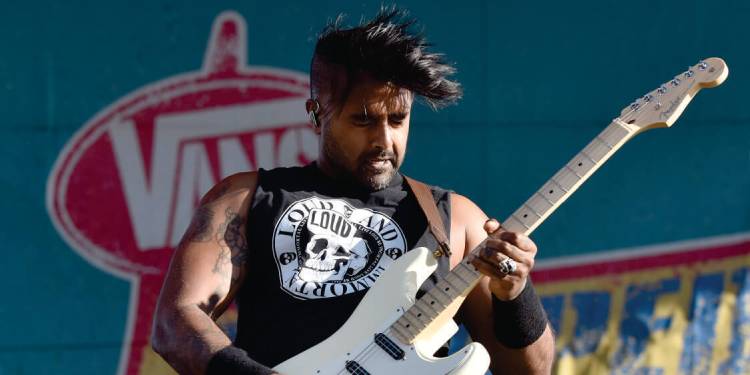 Dave Baksh’s full name is David Nizam Baksh but he is famous through his stage name, Dave Brownsound. He is a musician, songwriter, singer as well as a producer from Ajax, Ontario, Canada. He has gained prominence as one of the guitarists of the Canadian rock band from his hometown, Sum 41. The formation of the band dates back to the year 1996 and they are active even today.

Highlighting Dave Baksh’s career, he has worked on five studio albums with Sum 41. Their first album together was ‘All Killer No Filler’ released in 2001. Similarly, they released ‘Does This Look Infected’ in 2002 and ‘Chuck’ in 2004. After making his return to the band, Dave worked on ’13 Voices’ in 2016. His most recent work with Sum 41 was their 2019 studio album, ‘Order in Decline.’

Likewise, Dave has released two albums each with Brown Brigade and Organ Thieves during his time with the bands. His first album with Brown Brigade was ‘Appetizer for Destruction’ released in the year 2006. Likewise, the band released ‘Into the Mouth of Badd(d)ness’ a year later in 2007. Furthermore, he worked on ‘God’s Favorite Sons’ in 2009 with Organ Thieves and ‘Somewhere Between Free Men and Slaves’ in 2012.

With such an impressive career and so many studio albums under his name with numerous bands, people believe that he lives a life of luxury and has certainly earned a lot of money.

You might want to check out Don Henley’s Wife Sharon Summerall.

The main source of income for Dave Baksh is through his musical career. He has been a part of numerous on-screen performances and also many studio albums. While he has not shared his exact career earnings at the moment, online sources claim that he earns around $80,000 on an annual basis. Furthermore, this leads to the estimation of his net worth and it lies between $1 million and $5 million as of 2021.