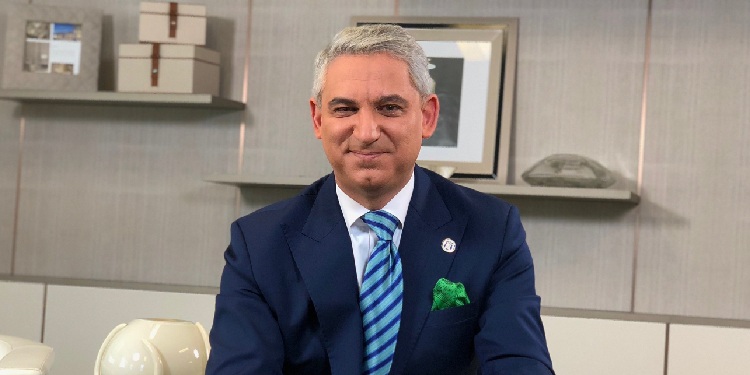 David B Samadi is an American board-certified doctor and contributor. He specializes in the Urology department and is a reputed Urologist. In addition to this, he is also a medical contributor for the popular American opinion and news website, Newsmax. Before this, he also handled the positions of the Chairman of Urology at the Lenox Hill Hospital in Manhattan, New York City. Moreover, he was also the Chief of Robotic Surgery for the same medical facility. Please stick with us to know more about the doctor and his works.

David B. Samadi has not yet shared his exact date of birth with the public. But we do know that he was born sometime in the year 1963. He was born in Iran and raised alongside his younger brother by his parents. Unfortunately, he has also kept the identity details of his parents and sibling away from the media. However, he did share that he, along with his brother, left Iran when he was just 15 years of age which took place right after the Iranian Revolution in 1979. The two brothers moved to Belgium and the United Kingdom and continued their education.

Besides this, since his exact date of birth remains a mystery, we cannot determine his zodiac sign at the moment. But we know that he is currently around 58 years old.

David B Samadi holds an American nationality, and he belongs to mixed ethnicity. Moreover, he descends from Persian ancestry. In addition to this, he is a Persian Jewish, and he practices Judaism as his religion.

David B Samadi stands at the height of 6 feet (1.83m/183cm) tall, but he has not disclosed his exact weight at the moment. However, judging by his looks, we can tell that he has an average body build. In addition to this, he has a pair of dark brown eyes color with white hair color.

David B Samadi has not disclosed any information about his schooling years. However, we know that he completed his education at a local educational institution in Roslyn, New York. For further studies, he studied at the Stony Brook University. Biochemistry is the major he studied. Later, he studied at the State University of New York at Stony Brook School of Medicine. He graduated with a Medical Degree in the year 1994.

Following this, he enrolled in a urology training program at Montefiore Medical Center and Albert Einstein College of Medicine. Moreover, he also completed his oncology fellowship from the Memorial Sloan Kettering Cancer Center. He also studied at the Henri Mondor Hospital Creteil and earned his robotic radical prostatectomy fellowship. Professor Claude Abbou was his mentor at the institution.

David B Samadi began the Vice Chairman of the Department of Urology of Mount Sinai School of Medicine in 2007. In addition to this, he also became the Chief of Robotics and Minimally Invasive Surgery, which made him the highest-earning doctor of New York City, earning almost $7.6 million. During his career, he has also invented the Samadi Modified Advanced Robotic Treatment. This treatment replaced open prostate cancer surgery with minimally invasive surgery. He used the da Vinci Surgical System and created his treatment system.

As of now, he is handling the position of the Director of Men’s Health. He works at the Saint Francis Hospital located in Roslyn, New York. Moreover, he is also a medical contributor for the Newsmax website.

David B Samadi found himself tangled in a controversy in 2019. First, he had to pay a lawsuit of $12.3 million. Attorney Geoffrey Steven Berman conducted this investigation. His reports showed that David performed multiple surgeries at the same time. This left the patients unattended and unsupervised when he performed numerous surgeries. This resulted in unwanted procedures for the patients. Geoffrey stated this as a violation of Medicare and hospital regulations. In addition to this, an investigation by the Boston Globe showed that he was also not present during the surgeries. This created distress and chaos among the patients.

David B Samadi Net Worth

David B Samadi earns from his professional career as a Urologist. He is one of the most successful doctors in the United States and has certainly made a handsome amount of fortune. As of the year 2021, he has not revealed his exact net worth. However, sources claim that he had an estimated net worth of around $7.5 million back in 2012, meaning that his net worth is surely above $7 million.

David B Samadi is currently married to his wife, and her name is Sahar Danielpour. However, he had not shared how they met or when they met. Likewise, details regarding their marriage details also remain a mystery. Following their marriage, the couple welcomed a daughter and a son. Their daughter’s name is Jasmine Samadi, and their son’s name is Alex Samadi. The family lives together in their residence in Old Westbury, New York.