Moreover, in the experiment, scientists used a big aquarium. They divided the aquarium into two chambers by a strong plate of glass. Then they filled the aquarium with water. After adding the water, the glass became transparent. And on one side they added small fishes and on the other, they added a whale. After seeing the small fishes, the whale approached them but banged the glass.

The whale did multiple times by taking the respective rest. But all it only got was a failure. After a few days, it stopped approaching the fishes. Then, the scientists removed the glass. And the whale didn’t approach the fish and both the while and fish stayed in the same aquarium without restricting each other’s area.

Hence, the scientists found that after gaining failure multiple times, a strong perception guides the mind that it won’t happen. And the doer quits the task without gaining another try with the conclusion that it is impossible. The case is even the same in the case of humans. People try to do the same task in the same or multiple ways but quit after tremendous attempts of failures. And they live their whole life thinking it is impossible and won’t ever try.

In contrast to this mindset is actor David Schwimmer. At the beginning of David’s struggling time, he faced multiple failures but the passion and self- belief became the driving force to try once again. He kept trying, kept getting failure, and again kept trying and so on. It was all because of the mindset that it will happen one day. Then, he got a supporting role in the series “Deadly Silence” and started going upward in his journey. People know David Schwimmer for his contribution to “Friends.” But he had traveled a long way before establishing his name.

Arlene Schwimmer gave birth to David in Queens, New York on November 2, 1966. Arlene was a divorce attorney. His father’s name is Arthur Schwimmer. He spent his childhood with his elder sister. He along with his family migrated to Los Angeles when he was 10 years old. This was the first encounter of David with the world of Hollywood.

David Schwimmer started to dream. He started to gain more knowledge and enhance his skills. David developed a passionate talent for acting. He started taking part in school plays. In the course of portraying roles in the drama, he even played the role of the fairy godmother in “Cinderella.” 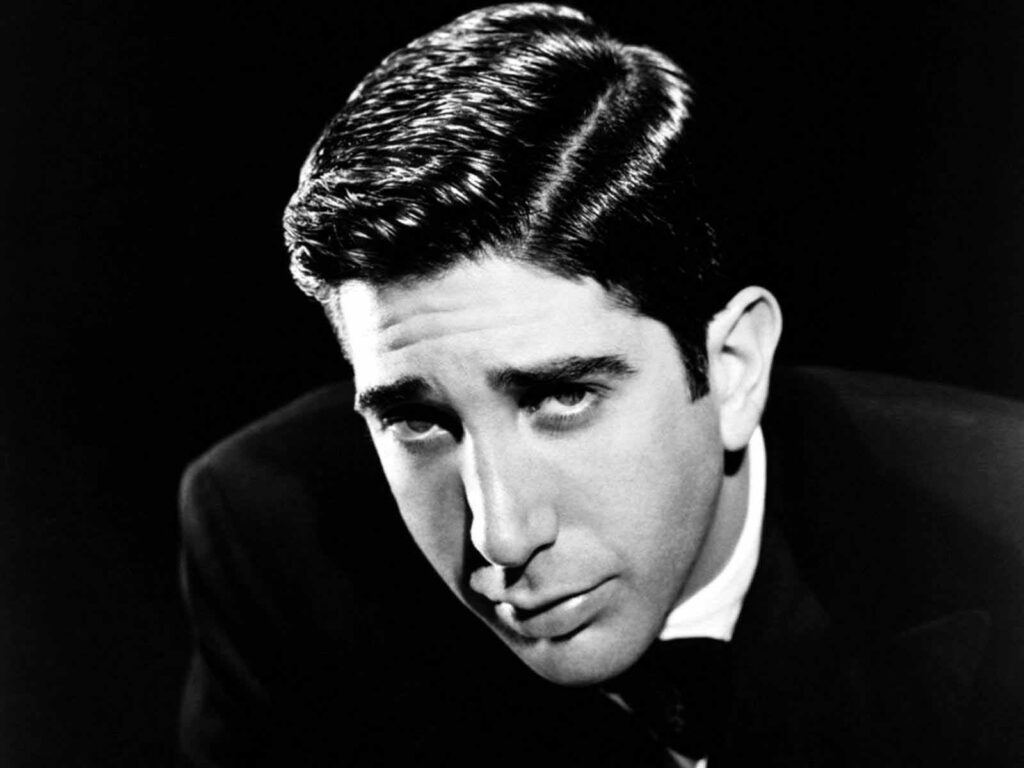 During the same period of time, he became part of an acting workshop of actor Ian McKellen. This was one of the great experiences and learning in his life. He was enjoying every moment of the performing arts. David then got the opportunity to participate in the “South California Shakespeare Festival.” This became the best experience for a growing child as he succeeded to win two prizes.

David Schwimmer did his schooling from “Beverly Hills High School.” The school has a legacy of giving a lot of talented actors in Hollywood. But David was finding difficulty in adapting the environment. She used to seek comfort ness outside the classrooms. The teachers were a great help to him. They encouraged him a lot and supported him to focus on acting. Instead of acting, he was also good at science and maths. These kinds of subjects helped him to dream of becoming a doctor in the future.

Likewise, David Schwimmer became part of various drama related workshops. He graduated from high school in 1984. Then, he decided to try his fate in professional acting. But his parents insisted him to pursue further education and he joined college. He did his BA in theatre and speech from “North Western University.” His knowledge after graduation gave him the idea of doing contributions in the field. Then, he established the “Lookingglass Theatre Company.” After the establishment of the there, he went back to LA to pursue a full-time career in acting.

After coming back to LA his struggle began. It was during the 1980s. He was auditioning for several roles but was not getting the desired response. David had a belief in himself to crack a role in the coming days. This always became fuel for going ahead. But when the time becomes tough the tough get going. David finally succeeded to get a role in “A Deadly Silence.” He got a supporting role in the not so popular series.

Moreover, the beginning of the 1990s started giving opportunities to show his real talent. He did his full-fledged acting debut in “The Wonder Years.” He did his debut movie “Flight of the Intruder” in 1991. He also played a role in “Crossing the Bridge.” David also became part of the series like “NYPD Blue” and “L.A. Law.” Similarly, he also appeared in the series “Monty” in 1994. He portrayed the major character Greg Richardson in 14 episodes. The people and the critics appreciated his performance. Then the filmmakers in Hollywood started recognizing David.

In the same year, David Schwimmer got the opportunity to become part of a situational comedy. He played the role of “Dr. Rose Geller”, a paleontologist in a museum. The series became a worldwide hit with a big fan following. The series focused on the life of American youths, their uniqueness, and their romantic journey. It became a major part of his life. But he had refused the character at the beginning.

After the talk with Kevin Bright, the executive producer, he agreed to portray the character. Kevin had written the character keeping David in the mind. David was not only portraying the character but he also succeeds to direct about 10 scattered episodes of the series. And all the people started expecting a lot from the casts of Friends. 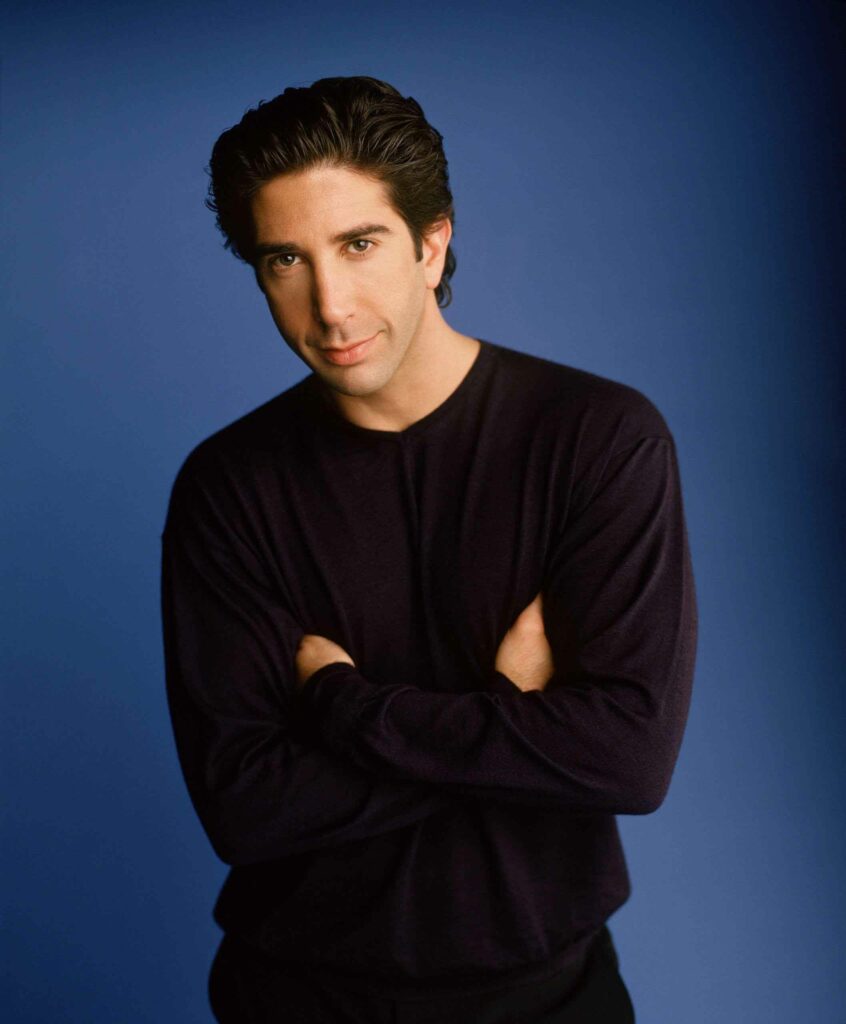 Likewise, David Schwimmer became part of the movie “The Pallbearer” in 1996. The movie got negative reviews. He was part of another movie “Kissing a Fool” in 1998. David was also an executive producer of the movie. His movies “Hotel”, “Picking Up the Pieces”, and ” Apt Pupil” got good reviews from the critics. But they ailed to shine in the Box Office. The series “Friends” was still airing and it seemed like the audience didn’t want to accept David in any other roles.

Then, the series “Friends” ended in 2004. David Schwimmer after successfully portraying his role in “Friends” moved to other projects. He became part of the movie “Duane Hopwood.” Both the audience and critics gave mixed reviews for the film. But the character of David was loved by everyone. He portrayed the role of an alcoholic.

The love towards filmmaking inspired David to try his hand in directions. He became a full-flexed director. David directed his debut movie “Run Fatboy Run.” He directed Simon Pegg in the lead role. This movie succeeded to won nominations in the “British Independent Film Awards” for the category of “Best Debut Director.”

David Schwimmer started dating Zoe Buckmann in 2007. The couple got married in 2010. Zoe gave birth to a daughter in 2011. They named her Cleo Buckman Schwimmer. Unfortunately, they got a divorce in 2017. He had also been in a relationship with Rochelle Ovit, Mili Avital, and Natalie Imbruglia. 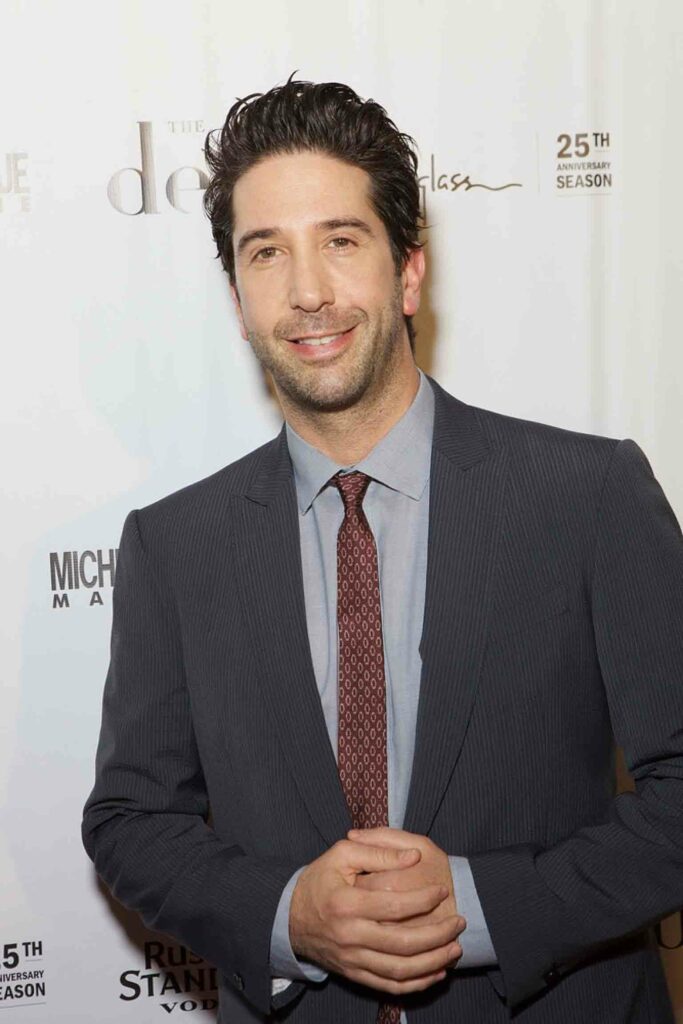 David Schwimmer is quite active in social media platforms. He goes with the name of “_schwim_” on Instagram with 5.7M followers, “schwim” on Twitter with 676.2K followers and his Facebook page “David Schwimmer” has 457K followers.

David Schwimmer is also known as David Lawrence Schwimmer. His current age is 53 years, nationality is American and ethnicity is Jewish. He has an attractive height of 6 feet with a complementary weight of 86 kg.