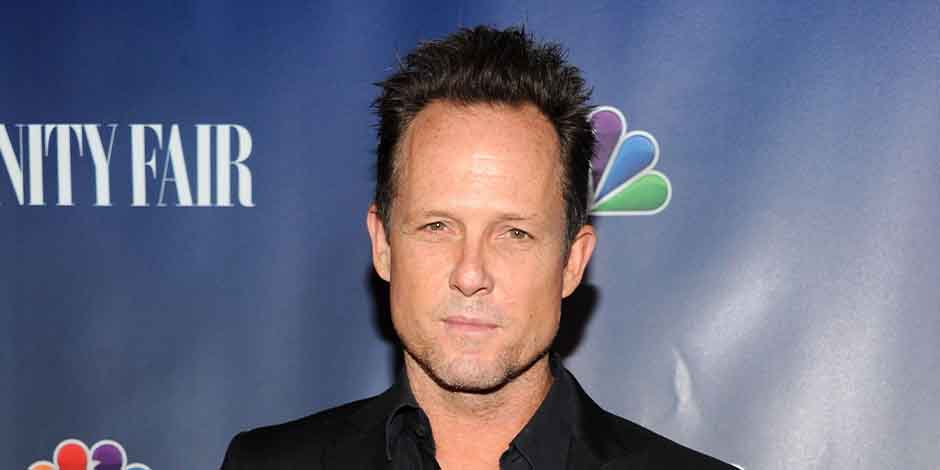 Who is Dean Winters?

Goal. Ambition. Dream. Target. Destination. These are the words that seem to be the driving factor for most people. If you have ever attended any motivational program, every speaker advises you to set a goal to make a great future. You will get the guidance of writing your dreams and paste it on the wall and watch it every day. This kind of habit will make you more determined and will help you to achieve your dream.

Most of the successful people also talk about the same habit. And whoever is so keen to change their life, holds this idea and goes ahead. But it does not always work for everyone, it might be due to lack of passion, determination, or procrastination. Despite some people are able to successfully change their lifestyle.

Moreover, there are thousands of ways for one to handle a thing. And not every method is meant for everyone. The formula that works for everyone does not need to fit in your condition. And you need to find it. There are many stories of untold stories that got success without any aims, ambition, or target. Those people who move aimlessly going with the flow seems to enjoy their life to the fullest with happiness and are ready to face everything whatever comes in their way. This journey has a lot of pros and cons but seems to work uniquely to certain people.

Dean Winters is one of those who go with the flow. People know him for his role in the series like “Brooklyn Nine-Nine”, and “Oz”. He began his acting career in his late twenties. Dean was moving here and there gaining education time and again. He didn’t have a complete road map for his destination. But it’s about the time that introduces you to what you are born for. That’s how one can even achieve his identity by being loyal to every task you do. And as a result, the industry got a great actor and a journey to look back. 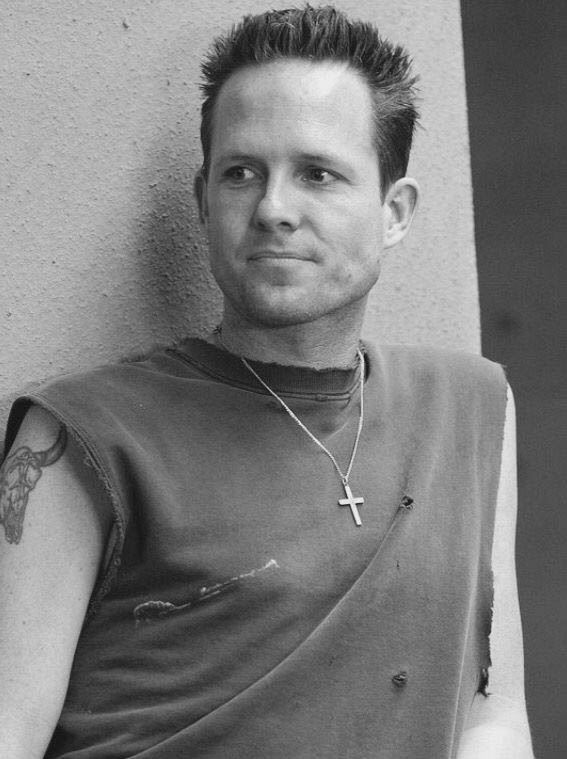 Magna Winters, a housewife, gave birth to Dean in New York City on July 20, 1964. His father, Patrick Winters, was an electrical engineer. He lost his mother at a very young age. Dean lived most of his childhood days in long Island.  He grew up with his two brothers and a sister.

Dean Winters joined “Hommocks Middle School” for his early education. He was part of the same school of actors Matt and Kevin Dillon. He then joined “Chaparral High School” in Scottsdale after he started living with his grandparents in Arizona. But still, there was no sign of Dean indulging in any kind of performing arts.

Moreover, he received his high school diploma from “Brophy College Preparatory” in Phoenix. He joined “Colorado College” for his graduation. Then, he moved to London to study the history of art. But the days in London introduced him to a new world. He got the opportunity to do modeling to generate his pocket money. But he had the mindset of making his career in the same field. He returnees to Manhattan after the completion of his graduation.

Scott, his younger brother, had already started finding acting projects to start his career. But on the other hand, Dean Winters was still aimless in his life. Then, he became a bartender in pubs and bars. Moreover, the passion of Scott succeeded to convince Dean to take acting training under the mentorship of William Esper. Scott had done an intensive acting course during summer in the “Royal Academy of Dramatic Art” in London.

After Dean Winters involved in theatre, he started his acting career during the late twenties. He also started giving auditions for the roles in movies and television. His official onscreen career began in the series “Homicide: Life on the Street” in 1995. He portrayed a recurring role of “Tom Maran.” It was a police procedural drama series. Similarly, he featured in the series like “The Playroom” and “NYPD Blue” within few years after his debut.

Then in 1997, he got the first biggest  opportunity to work on the commercially and critically successful movie “Conspiracy Theory.” He shared the screen with Mel Gibson. Dean portrayed the supporting role of Cleet in the movie. The same year he got his another supporting told in the movie “Lifebreath.”

Back in the days, when Dean Winters was unaware of his aim and was doing bartending, he along with his brother Scott did friendship with writer Tom Fontana. Likewise, he offered Dean a recurring role in his series “Oz” and also in “Homicide: Life on the street.” 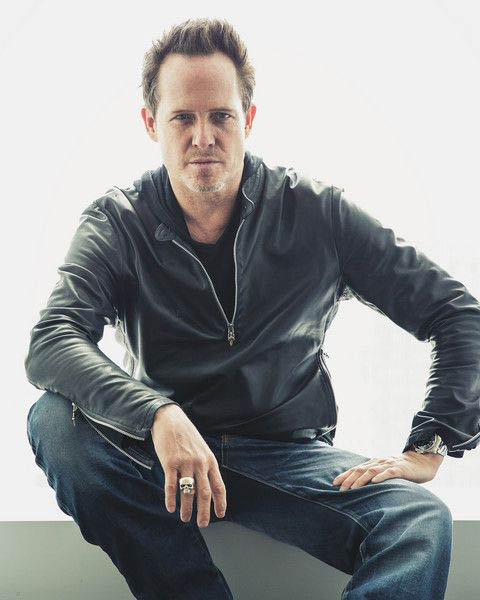 The series “Oz” became a great opportunity for Dean to show his acting skills. He portrayed the role of the recurring character Ryan O’Reilly. The critics and audience praised his character and performance. And his character became a regular one. The series started with its premiere in 1997. The series ran for six seasons and a total of 56 episodes. It was a critically and commercially successful series.

Likewise, Dean Winters got his first lead role in the movie “Undercover Angel” in 1999.  It was a Canadian Comedy movie. It received average ratings. Similarly, he has been part of the television series like “Sex and the City” and “New York Under Cover” time and again. He was also part of the drama series “Law & Order: Special Victims Unit” in the same year. Dean appeared in a major role in 13 episodes and a recurring role in 19 episodes.

Moreover, he has been part of many series, movies, and tv films in supporting and major roles.  “P.S. I Love you”, ” Third Watch”, “Twilight Zone”,   ” 30 Rock”, “Rescue Me”, “Terminator: The Sarah Chronicles” were some of his projects with a different supporting role. He gots nominations for the “Gold Derby” in the category of “Best Guest actor” for the appearance in “30 Rock.” He has been part of movies like “Framing John DeLorean” and “Lost Girls” in 2019, documentaries like “Lost Girls” and movie “Street justice” (Pre-production) in 2020.

Dean Winters is currently enjoying his life single. But he has been in a relationship with Maggie Marzigiliano and Jennifer Espositos.

Dean Winters is inactive in social media. The actor has not been active in the platforms. 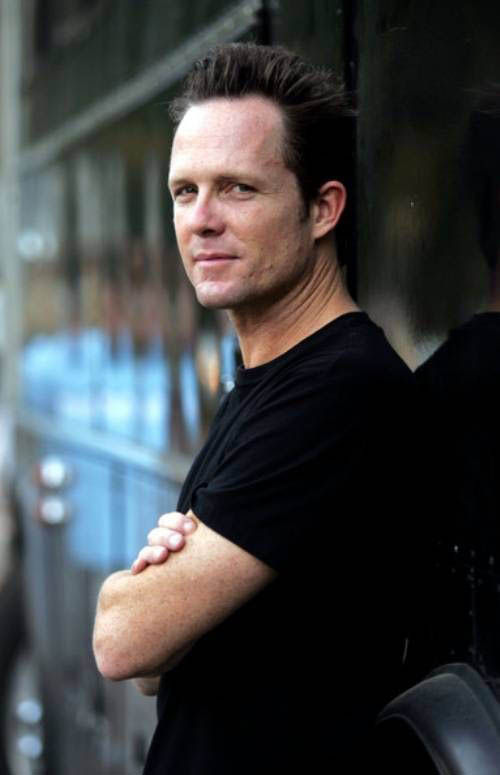 Dean Winters has been part of the industry for about 25 years. He has been part of many projects. According to the evaluation of his projects and celebritynetworth.net, he has an approximate net worth of $5 million dollars.

The full name of Dean Winters is Dean Gerard Winters. His current age is 56 years, nationality is American and ethnicity is Italian, Irish, and English. He has an attractive height of 6 feet 2 inches with a complimentary weight of 79 kgs.