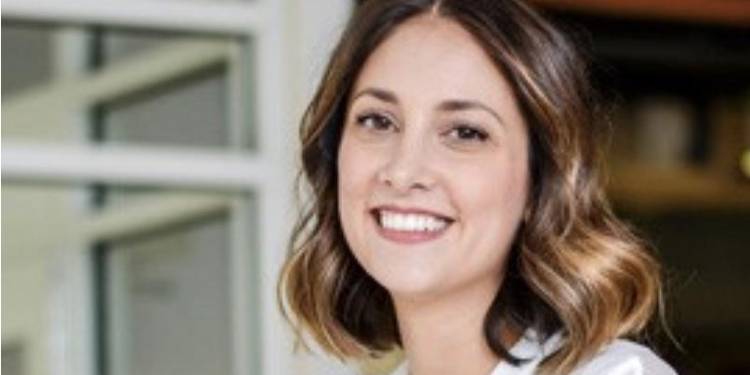 Deanna Casaluce is an actress. She is well-known in the entertainment industry for her work in numerous installments of the ‘Degrassi’ franchise. She began as a model but then started making on-screen appearances. She has also been able to impress the audience with her work. Please stick with us to know more about the actress and her life.

Deanna Casaluce celebrates her birthday on 7 February 1986 every year. She was born in Mississauga, Ontario, Canada. Sadly, she has not publicly talked about the identity details of her parents. Likewise, she has also not shared any information about her siblings. In addition to this, much of her childhood and early life is also currently a mystery. But we do know that she is a graduate of the University of Guelph.

Since Deanna Casaluce was born in Canada, she holds Canadian nationality and multiracial ethnicity. She descends from Italian ancestry through her parents’ side. Unfortunately, she has not shared the details concerning her religious views and practices at the moment. Besides this, she is currently 35 years old with the zodiac sign of Aquarius.

Deanna Casaluce has not publicly talked about her exact height, weight, and body measurements at the moment. However, judging by her looks, we can tell that she has a slim body figure. In addition to this, her eyes are dark brown, while her hair is also dark brown.

Deanna is an actress by profession. She stepped into the world of entertainment initially as a model. She then decided to pursue acting and gave her first professional debut in 2000. She played a minor role for an episode of the series, ‘The Zack Files.’ In the same year, she was able to land the recurring role in the comedy series ‘I Was a Sixth Grade Alien.’

The breakthrough moment of Deanna Casaluce’s career came in the year 2005 when she was able to land the role of Alex Nunez. She played this role for the first time in the miniseries ‘Degrassi: Minis.’ Later, she then portrayed this role for numerous installments of the series. They are ‘Degrassi’s 40 Most Go There-est Moments’ in 2006, ‘ Degrassi: Doing What Matters’ and ‘Degrassi: The Next Generation in 2007 alongside Melissa McIntyre and Jake Goldsbie.

Deanna’s most recent work came in the year 2008. She played the recurring role of Emily Ashby. She appeared in the comedy series ‘Hooking Up.’ Talking about her presence on social media platforms, she is not active on any media. She does have a Twitter account (@DeannaCasaluce), but the last Tweet she made dates back to 1 August 2009.

Deanna has not made an on-screen appearance since 2008, so many people wonder about her current profession. According to online sources, she is currently pursuing her Ph.D. at Ryerson University. She is studying Clinical Psychology at the moment. In addition to this, she also graduated with a MA degree in Clinical Psychology back in 2016 from the same institution.

Deanna is a very private person when sharing information about her personal life. She has not talked much about her dating history, so it is not possible to determine who she dated in the past. As of now, she is currently in a marital relationship with her husband, and his name is Adam Klymkiw.

Further information is not available regarding her husband at the moment. But we are aware of the rumors that claim they married in 2015 and have been together ever since. Following her marriage, she changed her name from Deanna Casaluce to Deanna Klymkiw. She is currently residing with her husband in Ontario, Canada.

Net Worth of Deanna Casaluce

Deanna Casaluce made a decent amount of fortune through her on-screen career. As of now, she is making a handsome amount of money by working as a psychologist. She has an estimated net worth of around $1 million as of 2021.