The Untold Truth of Deborah Norville 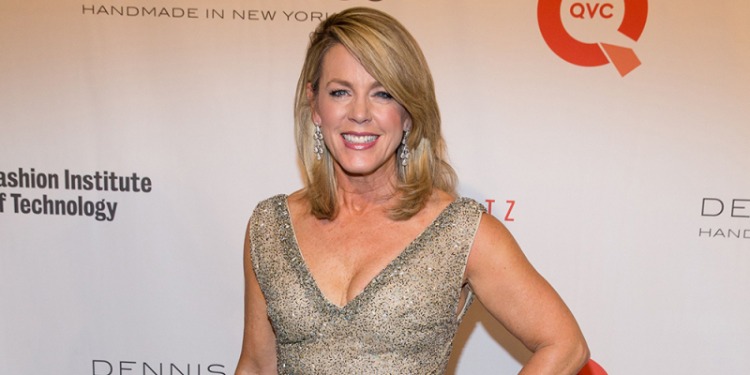 Deborah Anne Norville is an American anchorwoman and television personality. She is immensely famous for hosting the American news magazine ‘Inside Edition.’ The audience loves the way she delivers the latest updates, and according to them, she delivers it using a ‘unique blend.’ According to ‘Inside Edition,’ their ratings got a 15% boost ever since she joined the show. In addition to this, she has been able to maintain the ratings skyrocketing since then. Moreover, American television also classifies her as the longest-serving anchorwoman, and she is also on the Broadcasting and Cable Hall of Fame. Please stick with us to know more about the anchorwoman and what secrets her life holds.

Deborah initially used to work for ‘Today,’ which is one of the shows of NBC. It was her breakthrough moment as she stepped into the limelight through ‘Today.’ She replaced the show’s loved and respected anchor Jane Pauley which the critics thought was controversial. This created a lot of hate towards her as critics used the word ‘homewrecker’ to mention her. They said that Jane Pauley and co-anchor Bryant Gumbel were facing a broken marriage, and she was the homewrecker.

Norville tried tackling such a ridiculous amount of criticism by saying that the two of them were absolutely supportive and such claims were not true. But this did not work out as the show’s audience did not like the fact that she replaced Pauley. Eventually, she left the show when her first child was born in 1991. She had worked with the team for only 14 months but decided that it would be better to leave the show and the audience that criticized her so much. Katie Couric then temporarily replaced her on the show.

Norville was 31 years old at the moment, and she was not ready to go back to working with ‘Today.’ NBC announced that she was not coming back, and they were not sure if she would ever work at NBC. She was hopeless, and she thought that’s it. She was ready to assume that her career was over, but deep down, she knew that she would make a comeback. Soon, she was able to grab a job with ABC Radio. She fired back a missile at all those who criticized her. She told, ‘They threw the best they had at me. They took their best shows, their most powerful punches, and I am still standing.’

25 Years with ‘Inside Edition

The news magazine ‘Inside Edition’ announced that they had given anchor to Deborah Norville in 1995. Since then, the show has received 15% more ratings than it had before. In addition to this, they have not had a drop in their ratings for a long time. ‘Inside Edition’ enjoys having Norville on their team, and she has been working with them for over 25 years. She spent her 20th anniversary with the team while on television and mentioned that she was the longest-serving anchorwoman in American television.

Things were going normal for Deborah Norville until one of the die-hard viewers of the show noticed an unusual lump on her neck. This was a life-saving discovery as she was unaware of the lump. When she had it checked out, the reports said that it was a cancerous thyroid nodule. She immediately announced on 1 April 2019 that the doctors will be performing surgery to remove cancer. While the operation was simple, it had a great deal of risk attached to it. It resulted in the doctors removing the majority of her thyroid glands. These were too close to her vocal box, and had something gone wrong; she would have lost her voice completely. Fortunately, the surgery was a success, and she is recovering well and is healthy at the moment.

Jailed for a Week

Deborah Norville had to spend a week in America’s toughest jail in Lexington. This was because she was covering a story, not because she did something terrible. She recalls that the physical stress was a lot more than she expected, but emotionally, she felt fulfilled. Her main motive was to help the women behind bars to make better decisions in their lives. From her reports, she concluded that nothing was being done to decrease the rate of incarceration.

Norville enjoys knitting during her leisure time. She even owns her own company, Deborah Norville Yarn Collection, where people can purchase various knitting equipment and accessories. She states that needlework is her way to reduce stress, and it brings her immense joy. She mentions that she wants to teach Barack Obama‘s daughter how to knit along with Michelle Obama. Furthermore, she tells that knitting relieves stress, and she believes that Michelle has a lot of stress in her life.

Deborah’s Husband is a CEO

Deborah Norville is currently married to her husband, and his name is Karl Wellner. He is a Swedish businessman who rose to prominence in the media as the loving husband of Norville. He currently holds the position of Chief Executive Officer for the company Papamarkou Wellner Asset Management. It is a wealth management company that helps wealthy people manage their fortune. The two of them met through their parents, who set them on a blind date. They instantly hit it off and married on 12 December 1987. They have three children together, and their names are Nick, Kyle, and Mikaela. In addition, tIn addition, the couple shares a love of over 30 years between them.