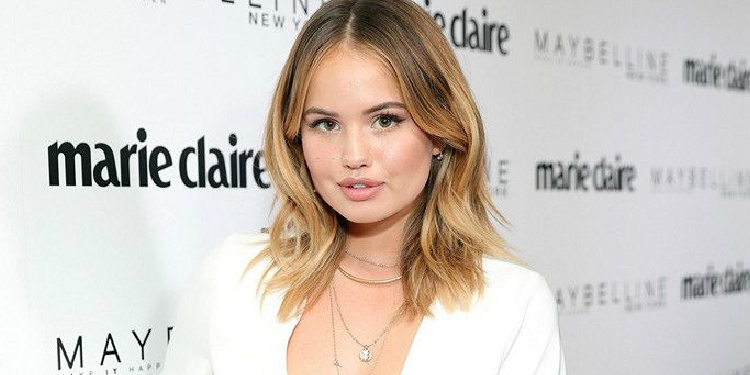 Deborah Ann Popp, born on May 13, 1993, is an American actress and singer. She is professionally known as Debby Ryan.

Deborah Ryan is widely recognized for her work in live-action Disney Channel series and countless interstitials. In addition, Ryan has been the face of several teen magazines, including Tiger Beat, Teen Magazine, J-14 Magazine, and Popstar Magazine.

Apart from acting, she also contributed as a voiceover artist in Secret of the Wings (2012) and Ultimate Spider-Man (2012).

The trademark of Deborah Ryan is her husky voice, reminiscent of Miley Cyrus.

Deborah was born in Huntsville, Alabama, to Missy Ryan and John Ryan. Chase Ryan, the singer of “Hakuna Matata” on the album Disney Mania, is the sibling of Deborah. Chase and Deborah have shared a special bond of love and friendship since childhood.

They are very close to one another. Debby’s father worked as a civilian consultant to the military. Thua, the family lived in Germany for three years.

She is married to Joshua Dun, who happens to be the drummer of one of the most popular musical duos, “Twenty-one Pilots.” The couple met in 2013, which was the initiation of their romantic relationship.

Deborah has been passionate about acting since childhood. She was fascinated with acting in local plays and musicals. By the age of 9, she was determined to become an actress.

After three years of stay in Germany, the family moved back to Keller, Texas, until they moved to Los Angeles for Debbie. The sole purpose of their movement to Los Angeles was to prioritize Deborah’s interest in the entertainment industry.

Deborah or Debby is 5 feet 5 inches or 165 cm (1.65 m) tall, and she weighs around 130 pounds or 59 kg. She is vocal about issues faced by her with body weight. She even suffered problems regarding body dysmorphia with an eating disorder.

Debby is very health-conscious and likes to eat a plant-based diet, mainly consisting of veggies. According to her eating habit, she avoids carbs to lose weight and eats eggs and pancakes. Further, she keeps herself hydrated with lots of water and coffee.

Deborah initiated her filming career with roles in Barney: Let’s Go to the Firehouse in 2007. She also appeared in the film The Longshots alongside Keke Palmer and Ice Cube 2008. She was also featured in national television commercials. Securing one of the series-regular roles on Disney Channel’s The Suite Life on Deck, which debuted in 2008, was the turning point in her career. She also starred in one of the Disney hits of 2010, 16 Wishes.

Deborah has appeared in over eight live-action Disney Channel series. She even starred in Jessie (2011), which was the first live-action series in Disney history. She is a versatile artist who produced the music video and even contributed to three tracks on the soundtrack, including “We Got The Beat,” “A Wish Comes True Every Day,” and “We Ended Right.”

She is also well-recognized in the industry for the volunteering works she carries out. In 2013 she visited India and built a community school for children there. The documentary based on the same was nominated for the Daytime Emmy in 2013. She evens own the productions company under the name of Shadowborn Productions.

Talking about the love life of Deborah Ryan, she dated Joshua Dun from May 2013 to September 2014. The couple had an off relationship till 2016.

In 2018, Ryan confirmed that they were back together, followed by Dun announcing their engagement on December 23, 2018, via Instagram. On December 31, 2019, the lovebirds secretly married in Austin, Texas. The Disney Channel star and Twenty-One Pilots drummer have been enjoying marital bliss since then.

This talented star is active and one of the most beloved social media personalities. Ryan has her official Twitter account named DebbyRyan with almost 4million followers.

Net worth and Salary