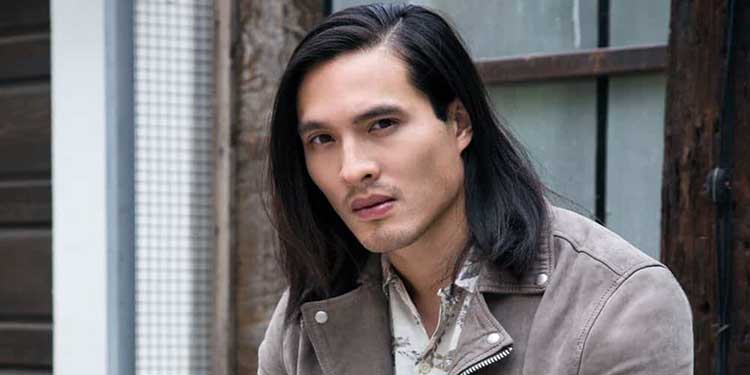 Desmond Chiam is a pretty good Australian actor. He is best known for his excellent performance in Reef Break as Wyatt Cole. He is also well-known for his roles as General Riga in The Shannara Chronicles (2017), Kazuya Nemoto in Hawaii Five-0 (2018), Xerxes in Magic Camp (2020).

He was born on the 30th of July, 1987 in Melbourne, Australia. His parents’ names are not known but it is known that they were of Chinese Singaporean ancestry. He lived for a little while in Singapore as his father had his business there. We will update this section as soon as more information regarding his formative years or family members is known to us.

Desmond’s nationality is Australian and his ethnicity is Chinese Singaporean.

You might want to check out about Gillian Jacobs.

It is unknown where he completed his high school education. However, after high school, he attended the University of Melbourne and graduated with a law degree. After that, he enrolled at the University of Southern California and earned a Master’s degree in Screenwriting upon the completion of his studies.

Desmond Chiam made his acting career debut in 2012’s Neighbours where he played the character of Jack Dutton in an episode. He is also seen in Better man playing the role of Hong in 2013. In 2016, he played the character of Edward Lee in NCIS: Los Angeles. The movie was directed by Dennis Smith, Terrence O’Hara, Eric A. Pot and starred Claire Forlani, Miguel Ferrer, LL Cool J, Gerald McRaney, and many more.

He rose to prominence in the American fantasy series “The Shannara Chronicles” as General Riga. However, he rose to prominence after portraying Wyatt Cole in the 2019 summer crime drama ‘Reef Break.’ In the series, he played his role opposite the actress Poppy Montgomery who was playing Cat Chambers.

In addition, he played Xerxes in the 2020 American comedy family film “Magic Camp.”  The movie was directed by Mark Waters and starred Gillian Jacobs, Jeffrey Tambor, Justin Willman, and many more. He has lately been seen in the Disney+ Marvel series “The Falcon and the Winter Soldier” in a lead role.

You might want to check out about Claire Forlani.

His wife, Sami Jayne, is also a well-known social media personality. They met and fell in love during the MTV Drama series. They got engaged in 2014 and married on June 26, 2015. The couple had not yet had any children, but they could do so at some point in the future. In addition, he is currently concentrating on his career growth.

The 33 years old actor has been in the movies and television industry since 2007 and he is still present in the industry. He has earned a huge amount of money working in the entertainment industry. Desmond is estimated to have a net worth of $910,000.