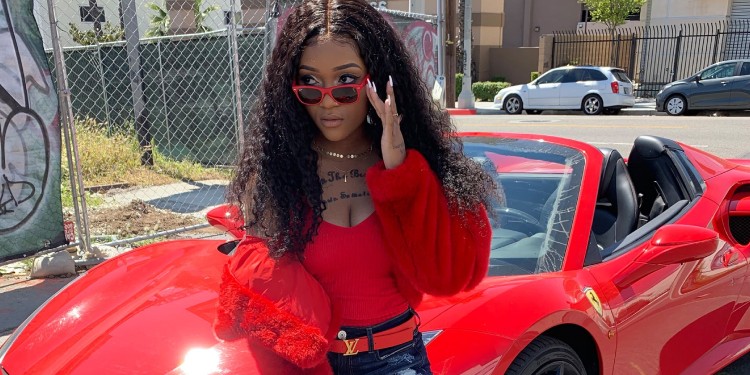 Domo Wilson is a YouTuber and blogger from the United States who is best known for her engagement on social networking sites. Domo Wilson also has a YouTube channel under her name. She also collaborates with friend Crissy Danielle on the channels “Domo and Crissy” and “Domo and Crissy Vlog.” From a young age, she tended to have a lot of fun and was entertaining.

Domo was born on the 24th of June, 1994, in Chicago, Illinois, United States of America (USA). Her parents brought her up, alongside her four brothers and one sister, in a fun and entertaining atmosphere. Michael is her younger brother, and he was born in the year 2016. Her parents relocated to Valparaiso, Indiana, where she grew up.

Wilson’s nationality is American, and she belongs to the ethnic group of African-American.

Domo is in top form and stands at the height of 5 feet 6 inches (1.67m) tall and weighs 55 kilograms or 121 lbs. Furthermore, Wilson has yet to reveal her body measurements. Domo has black hair, and the color of her eyes is dark brown.

Wilson got her start in the industry as a social media artist. She began making funny videos, vlogs, and a cover song in 2010 after starting her own YouTube channel. When she started doing short videos in 2014, she became well-known among the general public.

Her enthusiastic and humorous presence is particularly popular with the audience. She’s also a songwriter and singer. She began performing cover and original songs in 2015, gaining more recognition and notoriety. She covers several topics in her videos, including day-to-day reactions, teenage issues, student issues, and more. She collaborated with her best friend Crissy Danielle to create two new YouTube channels.

Wilson played live music all over the United States of America, in addition to YouTube. They have a combined audience of more than three million subscribers and 4.4 million views. They both make a small fortune off of YouTube.

Wilson is a woman who has never been married. Her relationship status has not been made public on any social media platforms, but she has spoken out about being gay. She mentioned that she had been drawn to girls since she was in school. However, her mother was the first person to whom she revealed her sexuality.

She revealed in July 2015 that she was trying to become pregnant using sperm from a sperm bank rather than a relationship. Domo, however, later announced that she had suffered a miscarriage.

Domo has not revealed much about her earnings. Although her earnings from social media influencers as known, she has also achieved fame and fortune from her business. Even though it has not been disclosed, Domo Wilson is believed to have a net worth between $1 Million and $5 Million as of 2021.

She also has a YouTube channel (Domo Wilson) with 1.82 million subscribers.