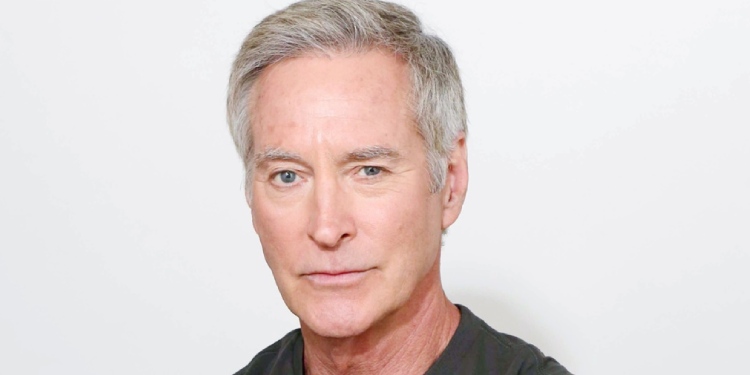 Drake Hogestyn is an actor from the United States of America. Hogestyn is best known for his long-running character on the American tv drama “Days of Our Lives” as “John Black.”

Donald Drake Hogestyn was born on September 29, 1953, in Fort Wayne, Indiana. Libra is his zodiac sign. Speaking about his parents, Shug Hogestyn is his mother’s name, and Bill Hogestyn is his father’s name. His father used to work for C&A Tool Engineering, Inc. as a project leader. In addition, he is a North Side High School degree holder. Drake majored in pre-dentistry from the University of South Florida in Tampa as he received a baseball scholarship there.
He earned a dual major in microbiology and applied sciences, as well. Drake was then picked by both the St. Louis Cardinals and the New York Yankees in pro baseball. He also contracted with the New York Yankees and played third base for one of their minor clubs until 1978, when he got wounded.

You might also want to check out Elaine Hendrix.

Hogestyn is renowned for his roles in ‘Days of Our Lives,’ ‘Seven Brides for Seven Brothers,’ and ‘Otherworld‘ (1985). He began his career as an actor by qualifying in a Columbia Pictures-sponsored talent search that drew 75,000 people. He was also one of the 30 picked, and his first significant part was on the prime time sitcom ‘Seven Brides for Seven Brothers.’ He became part of the cast of ‘Days of our Lives‘ in 1986 after several minor factors.
Drake made his cinematic debut as “The Pawn,” a mystery figure. But it wasn’t long before it got exposed that ‘The Pawn‘ was the presumed-dead Roman Brady. He immediately became a crowd favorite and got paired with various actresses, the most renowned of which was longstanding co-star Deidre Hall. Shelley Long recruited Drake to accompany her for the forthcoming series “Kelly, Kelly” in 1998 while appearing on “Days.” Drake got supposed to feature in both until the pilot episode of ‘Kelly, Kelly’ clashed with his timetable on ‘Days .’ The part got given to ‘Robert Hays.’
Wayne Northrop promised to return to ‘Days‘ in 1991 to take his spot as ‘Roman.’ Drake’s storyline got reconnected, and his history altered to retain both actors on the program. Drake maintained one of the series’s most successful actors, given the shift. Furthermore, one of the show’s most persistent “super couples” is Deidre Hall’s “John Black and Marlena Evans.”
In addition, his persona “John Black” was “killed off” the week of October 15, 2007. It was also claimed that the persona had died and would not return. However, Days has a notoriety for “killing” many characters and then bringing them back. And it appeared that John wasn’t deceased after all but had been kidnapped by Stefano DiMera, a long-time foe.
Drake won the “Hottest Male Star” award twice, in 1994 and 1995. Similarly, he and Deidre Hall won the award for “Favorite Couple” in 2005. In 1997 and 1998, he was also shortlisted for the title of “Hottest Male Star.” He was also a contender for the ‘Hottest Romance’ award in 1998. He was also shortlisted for “Favorite Couple” in 1999.

This great and skilled actor Drake undoubtedly makes a substantial sum of money from his career. As of the current year, his net worth is believed to be approximately $2 million.

You might also want to check out Luke Andrew Kruntchev.

Victoria Post, Drake’s childhood sweetheart, is Drake Hogestyn’s wife. The couple has three daughters, Whitney, Alexandra, and Rachael, and a son, Ben. Unfortunately, there isn’t a lot of details on his individual and marital life available. He is, nevertheless, enjoying a good life with his spouse and children.

Hogestyn is a tall, attractive man. He stands at 6 feet 2 inches tall, although he has not yet revealed his weight. He does, nevertheless, have a healthy body weight. In addition, he has a pair of deep blue eyes with complimenting grey hair. However, no more information about his physical data is available. He does, nevertheless, have a robust and fit body for his age.