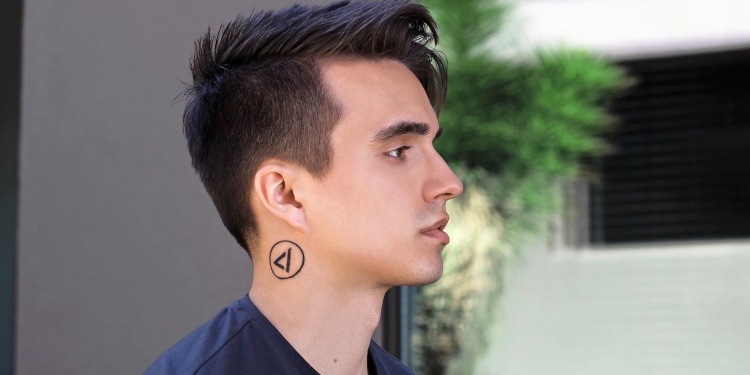 Dre Drexler is a YouTube sensation from the United States. Dre Drexler, known for his self-titled YouTube channel, is a men’s style and design guru. Drexler has garnered thousands of subscribers.

Drexler was welcomed into the world on the 2nd of July, 1992, in California, United States of America (USA). He is soon going to be 29 years old in the July of 2021. There is no information available about Dexler’s upbringing, brothers, or family history. Drexler has not disclosed anything about his educational background. He must, however, be a high school graduate due to his age.

Drexler’s nationality is American, and his ethnicity is White. His zodiac sign is Cancer.

Dre has kept his body in good shape, keeping it muscular and attractive. He’s a gifted guy with hunky looks and a body that’s an excellent fit for him, complete with packs. According to findcelebritywiki, he stands at the height of 5 Feet 6 Inches and weighs 62 KG. Drexler has brown eyes and dark brown hair.

Dre is married. Dre Drexler is married to a woman named Bre Drexler. On his Instagram account, he often posts pictures of his wife. The lovely pair has been supporting and loving each other for a little over four years.

He has remained uninvolved in any rumors or scandals so far. Drexler aspires not to let anything get in the way of his professional career. In the face of overwhelming odds, he retains a good outlook and remains calm. He, on the other hand, has a clean and safe personal and professional background.

Regarding his career, Dre Drexler is a YouTube sensation with a massive number of followers. Drexler specializes in hairstyles and clothing. He shows his fans his talent through his YouTube channel and gives advice on Men’s Lifestyles like Hair Fashion, Fitness, and Inspiration.

Moreover, the goal of his channel is to make people Look Powerful while also Living Powerful. On August 3, 2011, Dre created his own YouTube channel. Dre began his career in the music industry as a member of the Risen Tunes group with iamDavidVo.  He started making YouTube videos after recording two albums with iamDavidVo.

Similarly, he is also among the members of a YouTube channel called ‘Class Act Crew.’ He’s also done hair tips videos to look like celebrities like Justin Timberlake, Chris Pine, and Jaden Smith.

When it comes to his earnings and incomes, this gifted individual is sure to amass a sizable fortune. In addition, his YouTube career could provide him with a good income. Dre Drexler has not revealed his net worth but is believed to have between $1 million and $5 million.