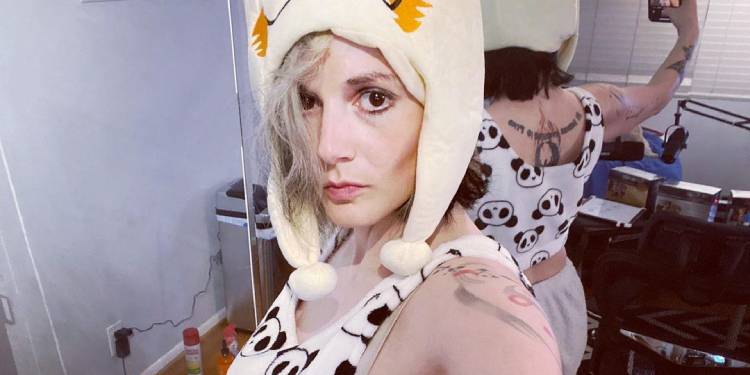 Drew Grant is an American television personality, journalist, and entertainment editor. She has also drawn a lot of attention through her romantic involvement. She is famous as the ex-wife of the popular host for MSNBC, Ari Melber. Please stick with us to know more about the journalist and the details of her life.

Drew Grant was born on 25 May 1972 in Park Slope, Brooklyn, New York. However, she then moved to Delaware with her family and spent most of her childhood there. Sadly, she has also not shared the names of her parents with the public.

Talking about her siblings, she grew up alongside her sister, and her name is Hannah Grace. Besides this, she is currently 49 years old with the zodiac sign of Gemini.

Drew Grant is an American by nationality, but her ethnic background is unavailable at the moment. Likewise, her religion is also a mystery. Talking about her education, she has not shared the details about her schooling level education.

However, for further education, she enrolled at Oberlin College. She studied English language and Literature at the institution and graduated with a Bachelor of Arts degree in 2006.

Drew Grant has not revealed her exact height, weight, and body measurements to the public. However, looking at her pictures, we can tell that she has a decent height with an average body figure. Furthermore, she has short brown hair with dark brown eyes color.

Drew Grant has worked in a lot of companies throughout her professional career. She began her career in the year 2007. First, she joined 236.com, where she handled the position of a pop culture editorial assistant for around a year.

Following this, she began editing for Jossip Initiatives in 2008. Moreover, she has also worked in Nerve, Salon Media Group, and New York Observer.

Drew has also worked as a critic in her career. She held the position while working at the AV Club. She even wrote the Stephen King Easter Egg guides during that time. In addition, she has a lot of experience as an editor as she worked as an editor for two more organizations.

In the year 2019, she began working as an entertainment consultant at Videodrew LLC. She has been handling the position ever since, and it has been over two years as of now. In the same year, she began making on-screen appearances with Skybound Entertainment. She is also a competitor on the Movie Trivia Schmoedown.

Drew was previously in a marital relationship with her ex-husband, and his name is Ari Melber. Their first meeting took place in the year 2010 when they were attending a social event. They dated for three years, and Ari finally decided to propose to her. She said yes and married in the year 2014.

They enjoyed three years of marriage together, but they separated in the year 2017. They do not have any children through their marriage.

Following their separation, Drew dates her second husband, and his name is Richard Alexander. They made a lot of appearances together on social media platforms. They have not yet tied knots, but they do share a residence in Los Angeles, California. At the moment, there have been no updates regarding their relationship.

Net Worth of Drew Grant

Drew Grant earns from her professional career as a writer. She has worked in many organizations and has held a lot of different positions in her life. As of the year 2021, she has an estimated net worth that lies somewhere around $500,000.