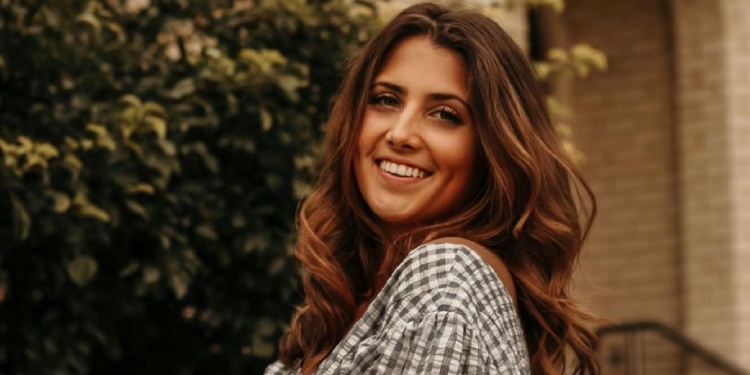 Ella Meloche and Hannah Meloche, an American YouTube sensation, are sisters. On their joint Youtube page Meloche Sisters, Ella Meloche, and her sister soared to popularity.

Ella was born in the United States on September 25, 2002. She is currently living in Los Angeles, California, in the United States. Her astrological sign is Libra.
There are four brothers and sisters in her family, including Hannah, her very close sister, and three brothers named Reeve, Jack, and Andrew. Her parents’ names are unknown. However, she claims that her parents are pretty encouraging.

Similarly, her parents are divorced, and she lives with her mother while visiting her father regularly. In one of the conversations, Ella stated that she enjoys having an ordinary high school life and that she never set out to be popular, but that everything occurred because of her sister. She also plans to attend online college studies for a year or two while following her modeling profession to see whether she enjoys them.

The stunning girl with a lovely personality, Meloche, is a tall girl at 5 feet 10 inches (178 cm) tall. Similarly, she weighs 60 kg (132 lbs). She has a pair of green eyes and brown colored hair. However, her exact body stats are yet to be revealed to the public.

She is also a model and a performer who gets represented by STATE Management in New York. She left the shared Youtube account since she wasn’t interested in vlogging or creating videos. In the same way, she is well-known for the picture-sharing social media site Instagram. She posts about her lovely daily travels, modeling photographs, and other things.

Ella Meloche has amassed over 300,000 followers and has 320 posts to her credit. She also has her own Ella jewelry line, which she sells online. Ella also has a Snapchat account, which she uses under the handle @emeloche. She has also promoted a variety of products, primarily clothing.

She, too, enjoys traveling. She regularly shares photos of herself and her sister enjoying the beauty of nature. In addition, she posts photographs of herself having fun in her bikinis on beaches.

Meloche is most likely single right now, based on her relationship status. She has, nevertheless, dated a man with whom she posted earlier on her Instagram profile, where she is assisting her partner in getting the pin correct in his suit. She posted the shot on the 18th of February, a few days after Valentine’s Day.

Ella is a well-known social media celebrity who makes a good living. Her net worth is believed to be between $100,000 and $150,000. Ella is making a sizable sum of money at an early age, allowing her to live a lavish lifestyle. She has also promoted several businesses, primarily clothing.