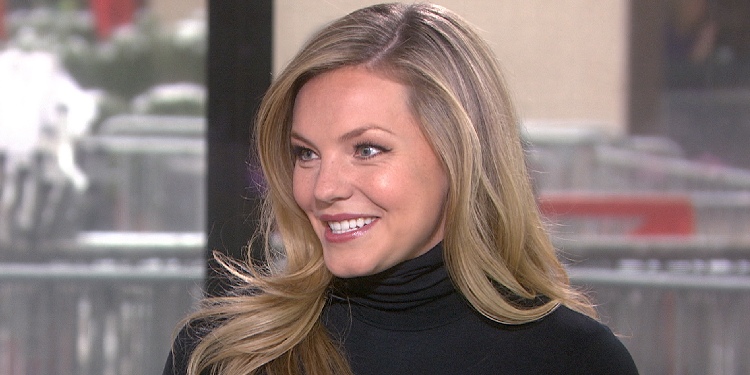 Eloise Mumford is a renowned American actress famous for her role in the Lone Star series and the Fifty Shades of Grey franchise.

Eloise was born on 24th September 1986 in Olympia, Washington, US turning 35 this year 2021. She was born and raised in the USA, holding her American nationality and belonging to white ethnicity. Her father’s name is Tom Mumford, and Mother Nancy Smith. She has a total of two siblings named Anna Mumford and Kai Mumford.

Her mother homeschooled Eloise in the starting years; however, she joined the school in fifth grade, went to Nova Middle School, and went to Capital High School and Annie Wright Schools.

Eloise was interested in theatre from an early age. She completed her education at Capital High School and put the target to be an actor moving to New York and getting in Tisch School of the Arts getting professional training. She had learned acting earlier from the Atlantic Acting School.

Eloise has a fantastic body physique, sports slim and tall. Her height is of about 5ft 7 inches or 170cm and weighs 58 kg or 128lbs. She has blonde hair color and blue colored eyes. Her body measurements are 36-25-36 inches. Her shoe size is unknown. Her sun sign is Libra.

Eloise stepped into her career by starting with short movies. In 2009 she worked on Some Boys Don’t Leave on the opposite of Jesse Eisenberg.

After that, she made her debut as Megan Emory in the TV drama series Crash in 2008, and she appeared in a total of four episodes of the series. She made her appearance in ‘Law and Order: Special Victims Unit and Mercy’ in 2009, gaining considerable fame and respect. She earned more fame from her role in Lone Star as a leading role as Lindsay.

Later in 2012, she worked on the comedy film So Undercover as a supporting role of Suzy Walters. After that, she emerged in one of the leading roles in the supernatural horror series named ‘The River’ as Lena Landry. The show was although canceled after eight episodes. She did a movie called Drones in 2013, Christmas, with Holly playing the role of Maggie Conway.

Other movies like ‘Not Safe for work’ in 2014 as Anna Newton, ‘In the Blood,’ and Just in Time for Christmas (2015) and later the same year 2015 she appeared playing on the role of Kate Kavanagh in the movie named’ Fifty Shades of Grey Franchise’- one of the most popular and bestselling novel hitting a massive hit on box-office.

She had been in a relationship but with who is not revealed yet. The information regarding her relationship is not public yet. She has kept her private life, not showing anything.

So far, Eloise has never been involved in any rumors or controversies. Instead, she has kept her personal and professional life in check and entirely focused on her work.

Eloise’s net worth is estimated to be over $2milion- $5 million. Eloise has never disclosed her net worth and assessed value on his social media sources like Wikipedia, Forbes, and others revealed his net worth.