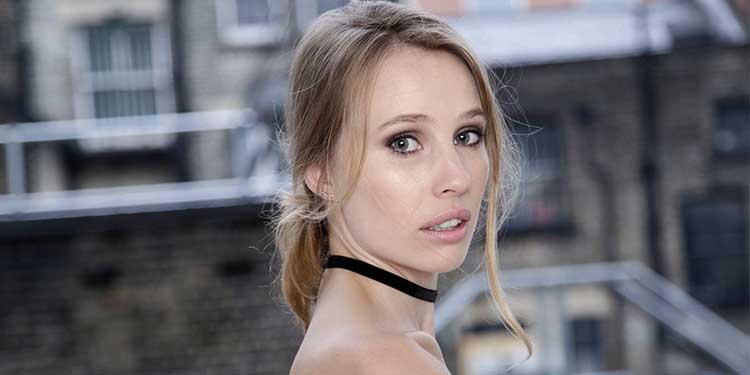 Emilie Cocquerel is an Australian actress who is well-known for portraying Queen Alianor in the adventure action family drama television series, ‘The Letter for the King.’ She is also famous for portraying Sandy’s recurring role in ‘The New Legends of Monkey.’

Emilie Cocquerel holds an Australian nationality and belongs to the Caucasian ethnicity. She descends from French ancestry through her father’s side and Australian origin through her mother’s side. Information about her religious background and religious belief is not available at the moment. Besides this, she stands at the height of 5 feet and 7 inches (1.72m/172cms) tall and weighs around 60kgs (132lbs). Moreover, she has a slim body figure with beautiful black colored eyes with blonde hair color.

Emilie Cocquerel is assumed to have completed her schooling from some bi-lingual schools located in France, Los Angeles, and Houston, Texas. She studied and graduated from the Swinburne University of Technology with a Bachelor’s degree in Psychological Sciences for further studies. Moreover, she also attended the Western Australian Academy of Performing Arts (WAAPA). In addition to this, it is also known that she is fluent in speaking French.

Emilie Cocquerel gave her debut performance in the year 2013 when she played the role of Juliette in the 2013 drama television movie ‘An Accidental Soldier and the role of Lucy in the 2013 short comedy-drama movie ‘One Player.’ In the same year, she also appeared with an unknown role in the short drama movie ‘Broken‘ and Viola in the crime drama thriller movie ‘Joe Cinque’s Consolation.’

Moreover, she rose to prominence after portraying the role of Queen Alianor for five episodes of the adventure fantasy-action television series, ‘The Letter for the King‘ (Starring Gregory Gudgeon, Amy Huck, David Bowles, Andy Serkis), followed by the role of Sandy for twenty episodes of the comedy-adventure action television series, ‘The New Legends of Monkey.’ Moreover, she has also made an appearance in the 2016 short crime drama movie ‘Love Me Like the Devil Do‘ and is also set to portray the role of Selene in the upcoming adventure drama movie ‘Mother Mountain.’

Cocquerel has recently stepped into the entertainment world and has not been nominated or awarded any awards or events throughout her career. However, we hope for her very best and wish to see her win numerous awards and accolades in the future.

Cocquerel is assumed to currently be single and not involved in a romantic relationship with anyone. It is also believed that she has not been married yet, nor has she been a mother to any child. There are also no rumors or information regarding her past relationships.

Emilie earns primarily from her acting career, and as of the year 2020, she has an approximate net worth of $850,000.