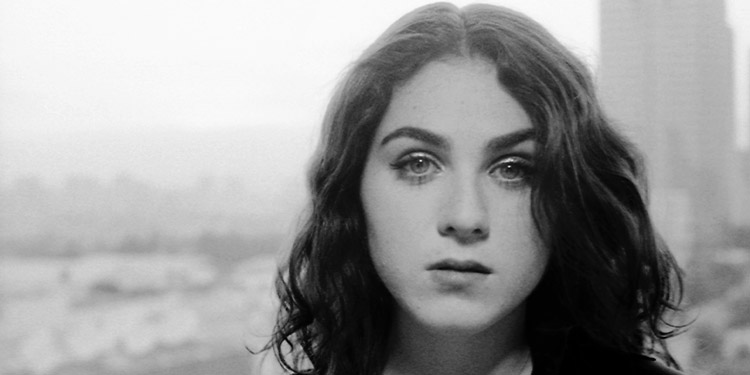 Emily McEnroe is the youngest daughter of John McEnroe and Tatum O’Neal. She was cast in the Motion Pictures Movie “Futura Days” as “Sheila,” post-production.

Emily McEnroe is a rising American actress born on May 10, 1991, to famous parents. Her father, John McEnroe, is a world-famous tennis player, while her mother, Tatum O’Neal, is an award-winning actress from the United States.

Emily is the youngest of three children, with two older brothers, Kevin McEnroe, 35, and Sean O’Neal, 33, from her own parents. Anna McEnroe and Ava McEnroe are her half-sisters, and they are the children of her father’s new wife, Patty Smyth.

Following John McEnroe and Tatum O’ Neal’s wedding in 1986, various public and media expressed optimism that the pair would have a successful life as they were good in their respective professions. However, their marriage, on the other hand, did not go as planned when the public eventually discovered that John had a violent temper and that O’Neal was addicted to cocaine and heroin. The two openly exposed each other’s dark ways of addiction, sexual violence, and other things during the legal proceedings.

Emily McEnroe’s life was not without its difficulties, as she had to deal with the separation of her parents at a very young age. Her parents split up because her mother had developed an unhealthy pattern of habituation, which led to her arrest. When her parents divorced, her parents shared custody of their children, but her father gained sole custody in 1998 to raise their children. Emily got made to stay with her father since he got granted custody. She was only allowed to see her mother on the weekends.

Due to Tatum O’ Neal’s toxic addiction, O’Neal missed much of Emily’s children’s infancy after losing the legal case to John. This legal battle took its toll on the kids, as Emily later revealed that she received psychiatric help as a child.
Tatum, on the other hand, wasn’t always there while she was undergoing treatment for opioid abuse. Things are improving, though, as she is becoming closer to her mother, and her relationships with each of her family members are improving.

Emily McEnroe wants to follow in her mother’s footsteps and become an actor. She has started to create a name for herself in the film industry, in addition to her parents’ celebrity. She was cast as Sheila in the motion picture Futura Days, which is currently in post-production for her first film.

This will provide her with more prospects in the future. In addition, Emily’s family’s celebrity will most likely help her gain momentum in the future, even though she is only in the early stages of her career. When it came to her future, Emily said that her parents were already powerhouses, so she needed to be loud enough to assert her own name.
Her family, on the other hand, has shown a fair amount of encouragement, letting her know that they got pleased to see her first production.

Emily McEnroe has kept the state of her engagement a secret from the public and has only mentioned it in reference. She seems to be single. There is no proof of her dating experiences in the public domain. As a result, she seems to be single right now. Although we can’t rule out the chance of a hidden lover, we think she is currently focused on her work.

A huge part of Emily McEnroe’s earning comes from her modeling career, which is offset by brand deals and brand endorsements. Her supporters and marketers contribute to her value as well. Her actual net worth, though, is yet to be revealed.

Despite being socially active, Emily McEnroe is not very active on most social media platforms. She does have accounts, but she is just moderately active. Emily McEnroe’s Instagram handle (@emily_mcenroe) has 5.5k followers.