Dame ‘Emma’ Thompson is a popular British actress, screenwriter, activist, author as well as a comedian. She is best known for her performance in There’s Nothing To Worry About! (1982) as Mrs. Wally, The Tall Guy (1989) as Kate Lemmon, and Saturday Night Live (2019) as the host. Emma Thompson is also known for being honored with nominations for various prestigious awards.

Emma Thompson was born on the 15th of April, 1959 in Paddington, London, England. Her father’s name was Eric Thompson and her mother’s name was Phyllida Law. Her father worked as a writer/narrator in a theatre while her mother worked as an actress. She has a sister named Sophie Thompson. She was intrigued by language and literature from a very young age just like her father. Her father also wrote/narrated the popular children’s television series named The Magic Roundabout. Her father died when he was 52 years old. 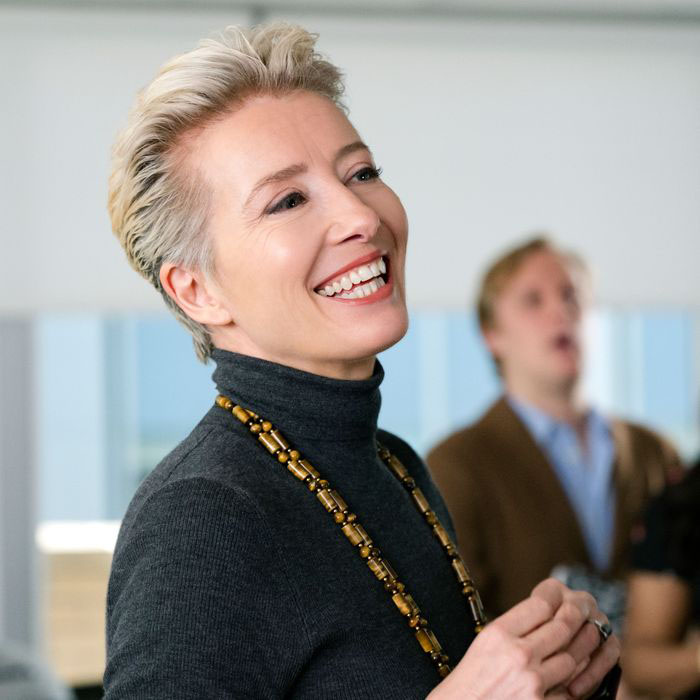 Emma Thompson studied at the Camden School for Girls and graduated. As she was interested in literature from a young age, she enrolled at Newnham College, University of Cambridge, and studied for a degree in English Literature.

Emma Thompson is of British national and her ethnicity is mixed as she has an English father and a Scottish mother. She was brought up as a Christian but she later turned into an atheist.

She has unique colored eyes. The color of her eyes is blue-green or dark-green and has dark blonde hair. She has a sharp nose, high cheekbones, and a bold voice. 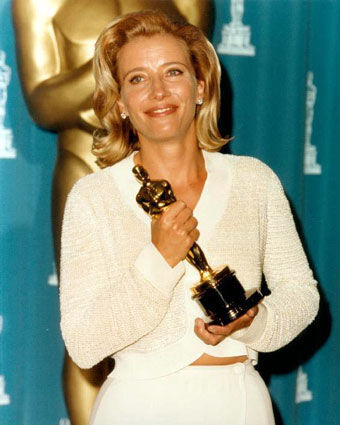 Emma Thompson dated Hugh Laurie when they were both studying at Cambridge. She liked Hugh because he was tall, muscular, funny, and attractive. They started dating in 1978 but had to break up for reasons that we don’t know of yet. They separated in 1982 but are still friends and keep in touch with one another.

Similarly, Emma met Kenneth Branagh, a Northern Irish actor, on the set of TV mini-series, Fortunes of War in 1987. They started dating in the same year and eventually got married in 1989. However, the couple divorced each other after Kenneth started to have an affair with Helena Bonham Carter. The couple divorced each other in 1995. There was also a rumor circulating about Emma’s miscarriage.

Likewise, Emma Thompson had met a 7 years younger actor, Greg Wise, than her in the sets of Sense and Sensibility (1995). They got into a relationship years later and the couple got married in 2003. Emma suffered a second miscarriage but in 1999, before their marriage, they had a daughter named Gaia. The lovely pair adopted an orphan named Tindyebwa Agaba from Rwanda in 2003. The child was 16 years old at the time of adoption. 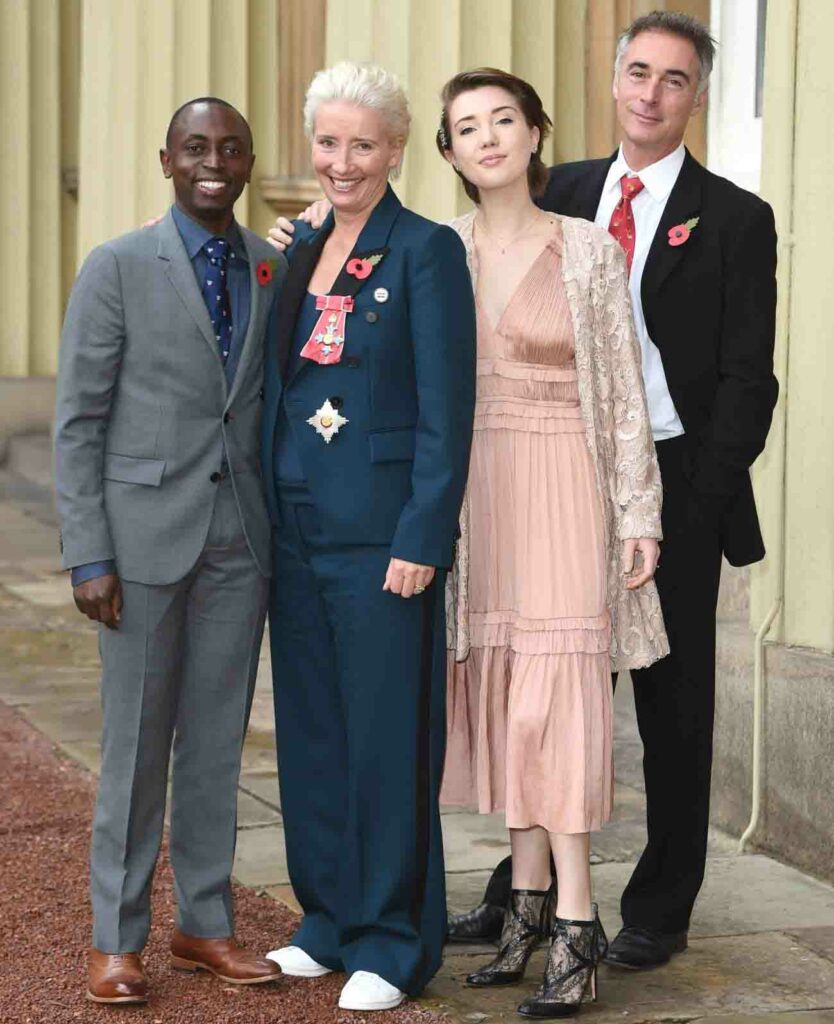 What is Emma’s Net worth?

The British/ writer has earned a decent amount of money as she has been working as an actress since 1982. The actress is estimated to have a net worth of $50 million.

As of now, the 61-year-old actress is not active on any social media platform.