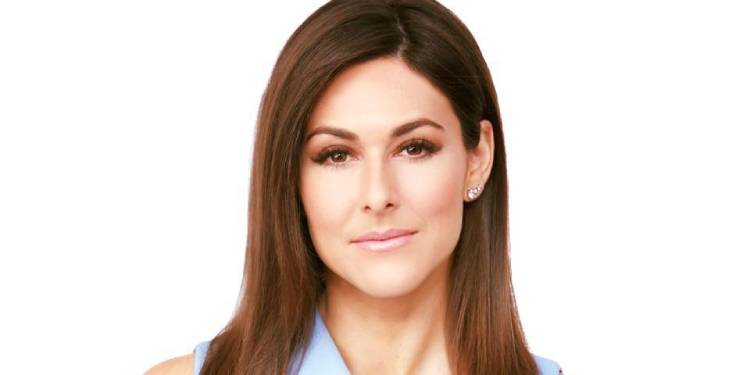 Erielle Reshef is an American journalist and a famous personality in journalism. She is currently working as a correspondent at ABC News. She began rising to prominence after working with KOCO-5 News and has since been a popular figure. Please stick with us to know more about the journalist and her journey to stardom.

Erielle Reshef was born on 23 September 1983 in the beautiful city of Oklahoma, the United States of America. She is one of the three children of Dr. Eli Reshef and Edie S. Roodman. Her father is a doctor who specializes in Infertility and Reproductive Endocrinology. On the other hand, her mother works as the director of Oklahoma City’s Jewish Federation. She grew up in luxury alongside her siblings, and their names are Evans Reshef and Eitan Reshef. Besides this, she is currently 38 years old with the zodiac sign of Virgo.

Erielle Reshef is an American by nationality since she was born in America. However, she descends from Jewish ancestry, and she also practices Judaism as her religion. Talking about her education, she attended the Westminster School in Simsbury. She completed her schooling there and pursued further education at Indiana University Bloomington. She graduated with a Bachelor of Arts degree in Political Science and Jewish Studies from the university. Furthermore, she enrolled at the Reichman University (IDC Herzliya) in 2008. She graduated with a Master of Arts degree in Diplomacy and Conflict Studies.

Erielle Reshef stands at 5 feet and 8 inches (1.72m/172cm) tall, and he weighs around 60kg (132lbs). Apart from this, the talented journalist has not revealed her exact body measurements at the moment. However, looking at her pictures, we can tell that she has a well-maintained and slim body figure. Furthermore, she has a pair of brown eyes color with brunette hair color.

Erielle Reshef began her professional career as a reporter right after completing her education. She joined Israel Channel 1 TV’s IBA English News. Her job was to host the English language news for the weekdays and weekends on the channel. She worked for over two years with the channel before joining Hearst Television in 2012. Initially, her job was the same as before. She hosted the weekend evening news.

The breakthrough moment of her career came when she began reporting for ABC News’ affiliate, the KOCO-5 News. She later began working full-time with the team for over two years. She then made her way to ABC News, and this is when her career started kicking in.

Erielle Reshef joined ABC News’ team in April 2017 and has been a prominent figure for the channel ever since. She initially worked alongside David Muir on ABC World News Tonight. Following this, she began hosting Good Morning America Weekend Edition and has hosted the show for a total of 152 episodes. In addition, she recently started working on GMA3: What You Need To Know in 2020 and has appeared on 36 episodes so far.

Talking about the journalist’s presence on social media platforms, she is quite active socially. Her official Instagram account (@eriellereshef) has over 22 thousand followers. Likewise, well over 12 thousand people love keeping up with her tweets on her official Twitter account (@ErielleReshef). In addition to this, she also loves connecting with her fans through her official Facebook page (@ErielleReshefNews), where she has over 18 thousand followers.

Erielle Reshef is a married person. She is currently married to her husband, and his name is Daniel Frankenstein. He is also a doctor by profession, just like her father. Their first meeting occurred when their mutual friends set them up on a blind date in 2001. They fell for each other instantly, and this blind date would later convert into regular dates. Soon, they decided to exchange their wedding vows.

You might want to check out Kayna Whitworth from ABC News.

Their marriage ceremony took place on 30 May 2003, and it was a grand ceremony. So many people, including their family members, along with a lot of friends, attended the ceremony to watch the lovely couple walk down the aisle together. The couple has been together for over seventeen years now, and they have welcomed two adorable children from their marriage.

Their first child was born on 12 April 2015, and her name is Mayr Reshef Frankenstein. Likewise, they welcomed the youngest member of their family on 30 July 2020, and his name is Maverick Reshef Frankenstein. As of now, their kids are six and two years old, respectively. She loves sharing many pictures with her adorable children through her social media account.

Net Worth of Erielle Reshef

Erielle Reshef makes her fortune through her professional career as a journalist. She has been one of the most famous figures of ABC News, and she has had a successful career. She has also worked hard to work with a prominent news channel. As of 2021, she earns around $80,000 annually, and her net worth lies somewhere around $400,000.