Florence Pugh is an English actress and singer. She acted in the period drama film Little Women as Amy March, which won her a nomination for an Academy Award and a BAFTA Award.

Florence Pugh is an English actress and singer who started her career with The Falling, a 2014 mystery film. She is famous for her role as the lead character in the 2016 movie Lady Macbeth which won her BIFA Award for Best Actress. She has also received a nomination for an Academy Award for her film Little Women.

Florence Pugh was born on January 3, 1996. She was born in Oxford, England. She was born as the daughter of Clinton Pugh and Deborah Pugh. Her father was a restaurateur, and her mother was a dancer and dance teacher. She has one brother Toby Sebastian, a musician, two sisters, Arabella Gibbins and Rafaela Pugh. From her childhood, she suffered from Tracheomalacia. Her family moved to Sotogrande, Spain, so that the warm weather would improve her health. They moved back to Oxford when she was Six.

Florence Pugh’s acting skills were well known from six when she played Mary in a school nativity play. She studied at Wychwood School and St Edward’s School but disliked them because it did not support her acting ambition. 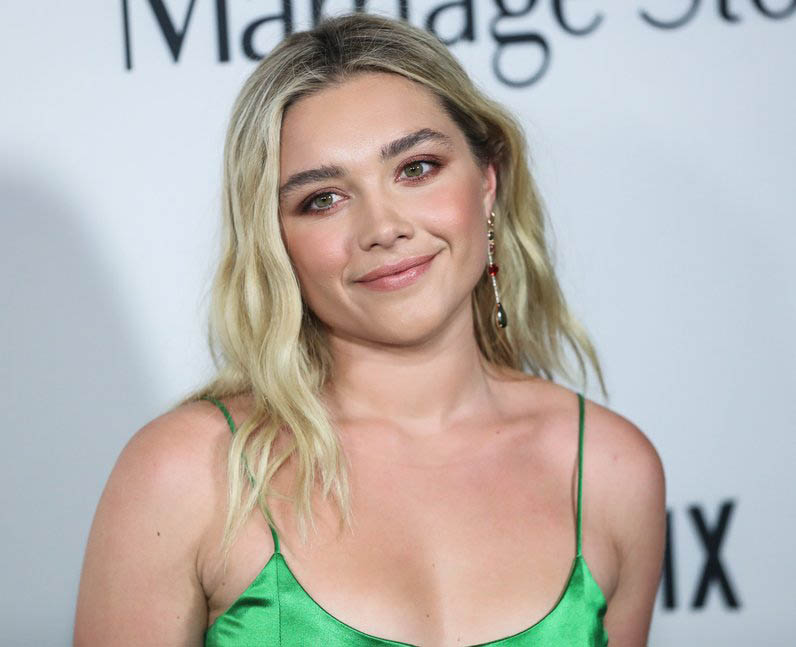 Florence Pugh’s career started when she was still in school. In the 2014 movie ‘The Falling,’ she portrayed the role of ‘Abbie Mortimer.’ After that film, Pugh got nominated in the ‘BFI London Film Festival’ and ‘London Film Critics’ for the young and Newcomer category. The young actress made her TV debut in the drama ‘Studio City’ in 2015. After a year, she had a recurring role in the ITV series ‘Marcella.’ The veterans and critics in the industry gave her good reviews for her acting in the series. She even won the ‘BIFA awards’ for best performing actress in British independent film.

In 2018, Florence Pugh appeared in the action-thriller ‘The Commuter’ playing the role of ‘Gwen.’ The same year, she worked in the Netflix movie ‘Outlaw King’ portraying ‘Elizabeth de Brugh.’ Pugh appeared in the 2018 TV movie ‘King Lear’ in ‘Cordelia.’ In the 2018 TV series ‘The Little Drummer Girl,’ she had the recurring role of ‘Charmain Ross/Charlie’. In 2019, ‘Forbes’ listed here one of thirty most influential persons under thirty. 2019 turned out a great year for her as she starred in three movies ‘Fighting with My Family’ portraying ‘Raya Knight,’ ‘Midsommar’ portraying ‘Dani’ and ‘Little Women’ portraying ‘Amy March.’

Florence Pugh was also featured in the short film ‘In the Time It Takes to Get There.’ The actress has appeared in the 2020 TV series ‘Acting for a Cause’ playing ‘Jessica Goldman.’ Critics and magazines like ‘Vanity Fair’ have given her an excellent review of her versatile acting. The young actress has gained quite a massive fan following and audiences. In 2020, she worked in another short film, ‘Father of the Bride Part 3’. Pugh has worked alongside actress ‘Scarlette Johansson’ in the superhero-based Marvel film ‘Black Widow,’ which is set to release Theently, the young currently actress is working in an upcoming thriller movie ‘Don’t Worry, Darling.’ 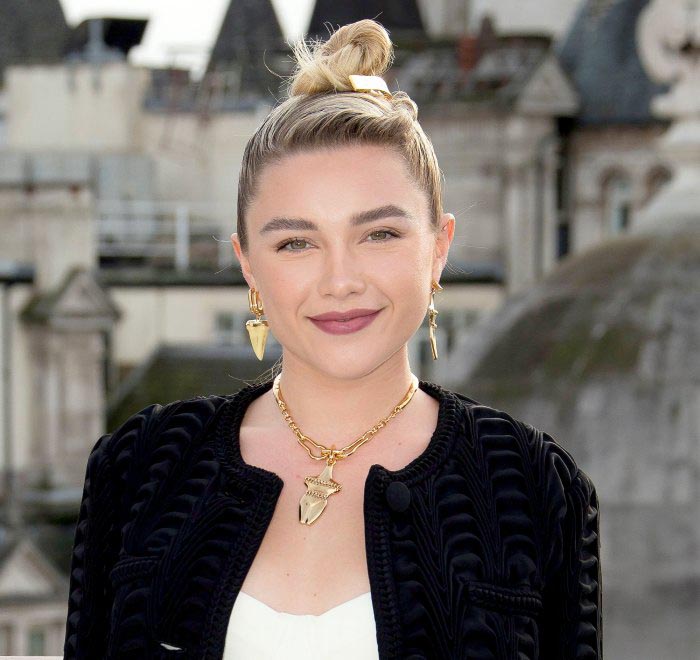 Florence Pugh is in a relationship with an American actor, writer, a director named Zach Braff. She acted in the 2019 short movie In The Time It Takes To Get There, directed by Zach Braff. The couple lives in Los Angeles. She is also active in helping others and social work. During the COVID-19 pandemic in 2020, Pugh participated in Acting for a Cause for the play. This Is Our Youth to raise funds and help non-profit charities.

Born on January 3, 1996, and is 24 years old (at the time of writing). She was born in Oxford, London, so she is English. She is white. Pugh is 5 ft 4 inches tall that is 1.62 meters and 162 centimeters. She weighs about 53 kg (117 lbs.). Pugh has a slim body, fair complexion with green eyes, with blonde hair. Her nickname is Flossie. Her Zodiac sign is Capricorn. She is distinctly known for her Green eyes and pointed chin. Florence is also very interested in singing and released her first song titled Wooden Pages. She also loves to collect snails. 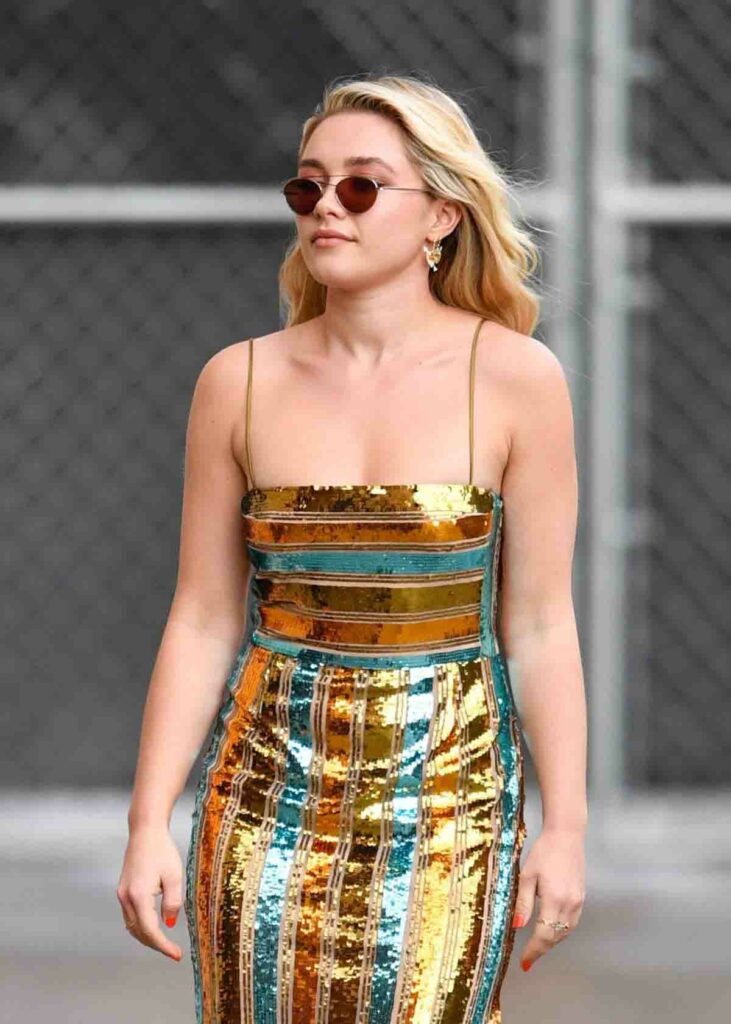 Florence Pugh still has a lot of years remaining in her film career. She has already played in many movies and is considered one of the brightest stars in Hollywood. Her net worth is currently estimated to be Bout $1.4 million.