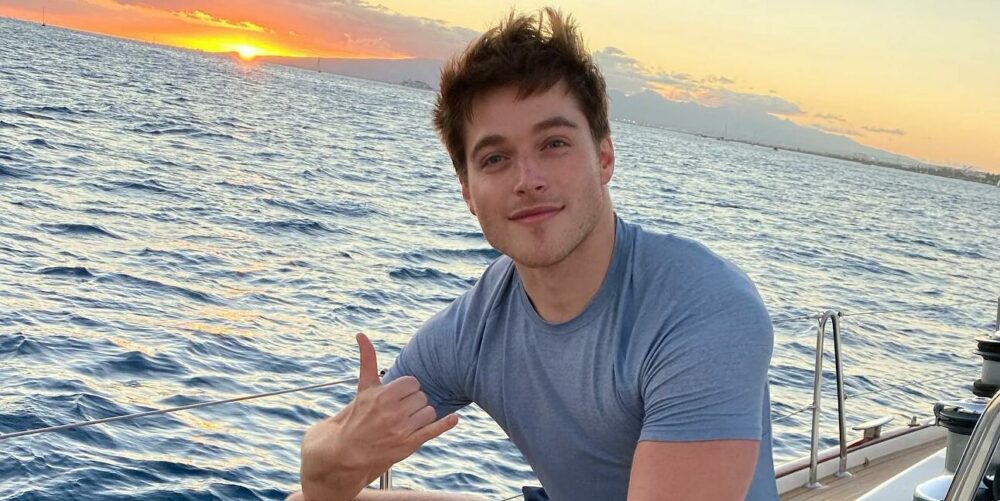 Froy Gutierrez is an actor and a musician who was catapulted into the spotlight because of his portrayal of Nolan in the famous TV sitcom Teen Wolf.

How old is Froy Gutierrez?

Recently in the April of 2022, Froy Guiterrez reached 24 years old. Froy was born in Highland Park, Texas, on April 27, 1998. His father and mother belong to two different ethnicities, making him one of the mixed ethnic groups. There isn’t a lot of information regarding his parents. He has a total of 2 siblings, a younger brother named Henry and a sister whose name has yet to be disclosed. Froy is a devout Christian.

Looking into Froy Gutierrez’s academic credentials hasn’t revealed much about his early years. However, he went to Booker T Washington High School for the Performing and Visual Arts. He has always wanted to be a performer since he was young. He is not recorded to have completed college or received a degree.

How tall is Froy Gutierrez?

The handsome Froy Gutierrez stands 5 feet 10 inches tall and has complementing weight of 70 kg. His other measurements consist of his chest size of 41.5 Inches, a waist size of 31 inches, and biceps measuring 15 inches. The shade of his hair is brown with beautiful blue-colored eyes.

What has Froy Gutierrez been in?

Froy Gutierrez is a young talented actor who is steadily establishing himself in the entertainment business slowly. He began his career very early in his childhood, on stage, performing in several school plays. And it was that time when he got discovered by a talent agent at one of these performances. Gutierrez, before the series, got cast in commercials for a variety of national and international businesses.
Then after he got featured in the American television show Bella and the Bulldogs as Charlie. Froy Gutierrez had his debut as an actor in his acting career on stage with the plays “Little Women” and “The Matchmaker.” Aside from his acting career, he also models for advertisement and has appeared in ads for AT&T, Hasbro, Boy Scouts of America, Build-a-Bear, and other companies.
He got seen in two episodes of ABC’s sitcom ‘The Goldbergs’ in 2016 and ‘One Day at a Time’ in 2017. In season one of Netflix’s critically praised series “One Day at a Time,” he portrayed the role of Josh Flores.
In 2017, he joined MTV’s ‘Teen Wolf’ as a regular cast member. He portrayed Nolan Holloway, a quiet, empathetic human who becomes an ally of the primary protagonists as the season continues. Gutierrez also works as a singer/ musician when he has spare time.
He has a new movie coming up in the fall of 2022, a Disney+ production called Hocus Pocus 2.

Froy Gutierrez has amassed a large following and collected considerable money. His source of revenue is his acting career, which pays him roughly $55,000 per year. As per some reliable sources, his net worth is estimated to be $2 million in 2022.

You might also want to check out Noree Victoria

Froy Gutierrez hasn’t said much about his love life or connections with the public or on social networking sites. His romantic life has remained a mystery. He hangs out with his friends, but he seems single at the moment. And there are no details about his past relationships either.

Froy Gutierrez spends a lot of time on social networking sites like Instagram. He presently has over 1.6 million followers on his Instagram profile, where he frequently shares photographs from various photo sessions and ventures on his Instagram account.
He doesn’t have any other social media page like a Twitter profile or a Facebook page. He is not confirmed to be active on any social media networks other than Instagram.
For more exciting content and updates regarding your favorite celebrities, please stay connected with us at Celebsgraphy.