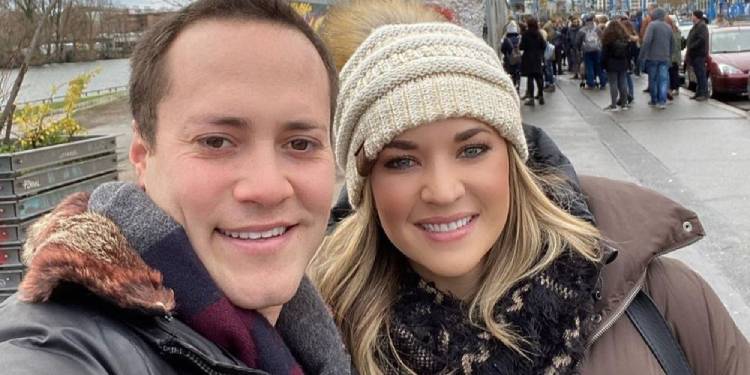 Gavy Friedson is the global ambassador for the United Harzalah of Israel. He is also the director of International Emergency Management.

However, he is popular in the entertainment industry as the loving and caring husband of Catherine Pavlich, an American author and commentator. Please stick with us to know the details of Gavy’s life and his relationship with Catherine.

Gavy Friedson was born on 30 December 1988 in Boca Raton, Florida, the United States of America. Even though he was born in America, he spent his childhood in Israel as his parents moved to the country when he was young.

Unfortunately, he has not revealed the names of his parents at the moment. Likewise, the details concerning his siblings are also currently missing. Besides this, he is now 32 years old with the zodiac sign of Capricorn.

Gavy Friedson is an American by nationality, and he belongs to the white ethnicity. He has not shared the details of his religious views and background at the moment. Talking about his education, his schooling level education remains a mystery.

However, an exciting fact states that he used to ride in an emergency vehicle (a fire truck or an ambulance) to get to his school every day. For further education, he enrolled at the Reichman University, where he completed his Bachelor’s with a degree in Communication and Media Studies.

In addition to this, he pursued his Master’s level education at Tel Aviv University. He graduated in 2015 with a Master of Public Health degree from the institution.

Gavy Friedson has not shared his exact height, weight, and body measurements with the media. However, judging by his looks, we can tell that he is a handsome person with a decent height and a well-maintained body physique. Moreover, his eyes are dark brown, and so is his hair.

Gavy Friedson initially joined the Israeli Defense Forces in 2007 and worked as an infantry soldier for two years. He has also worked as a spokesperson for the forces for over a year. He was also a public speaker for Our Soldiers Speak.

He was able to impress the audience with his speech and win over their hearts. This led to the National Lecture Tour of the United States of America, featuring him as a speaker.

Gavy began his journey with the United Hatzalah of Israel fourteen years ago. He has been with the team ever since. He started working as a member of the EMT in January 2008. He has responded to over 9 thousand emergency cases from 2008 to 2016. For his excellent service, the Mayor of Jerusalem also honored him with a Special Award.

You might want to check out Tomer Kapon from the Israeli Defense Forces.

Gavy Friedson is a married person. He walked down the aisle with his wife on 5 July 2017, and her name is Catherine Pavlich. She is a famous personality as well as a conservative commentator, blogger, and author. Their marriage ceremony was a small event in the presence of their family members and close friends.

The lovebirds do not have any children of their own yet, but they do have a pet dog. They love their dog a lot and take care of it as if it was their child. They are living a happy life in their residence as a family.

Net Worth of Gavy Friedson

Gavy Friedson earns from his professional career as a director as well as a global ambassador. He has worked hard to make his way to the top and has also experienced success. He has also managed to make a handsome amount of fortune via his profession.