George MacKay is an English actor. He is best known for portraying Aaron's role in the movie For Those in Peril, for which he won BAFTA Scotland awards for Best Actor in Film.

Who is George MacKay?

George Andrew J. Mackay, who goes by stage name George MacKay is an English actor. Exposed to stage from his childhood, George has come this far is one of the great actors. Some of his movies are The Thief Lord, The Boys Are Back, For Those in Peril, Where Hands Touch, Ophelia, 1917, and also, he has performed in many dramas, plays, Ads. With his good looks and fabulous acting, he has been able to win the hearts of many audiences.

MacKay was born on 13th of the March in 1992 In the Hammersmith district of city London. His mother is Kim Baker, and his father is Paul MacKay. His mother is British and used to work as a fashion or costume designer, whereas his dad is Australian and spent his life in stage working in lighting and stage management. His ancestor was from Scotland, and it is known his grandmother was from Ireland.

Mackay has one sibling, who is his younger sister. Although born in Hammersmith, he grew up in Barnes district in London. He and his sister were raised exposed to theater and practicing ballet. 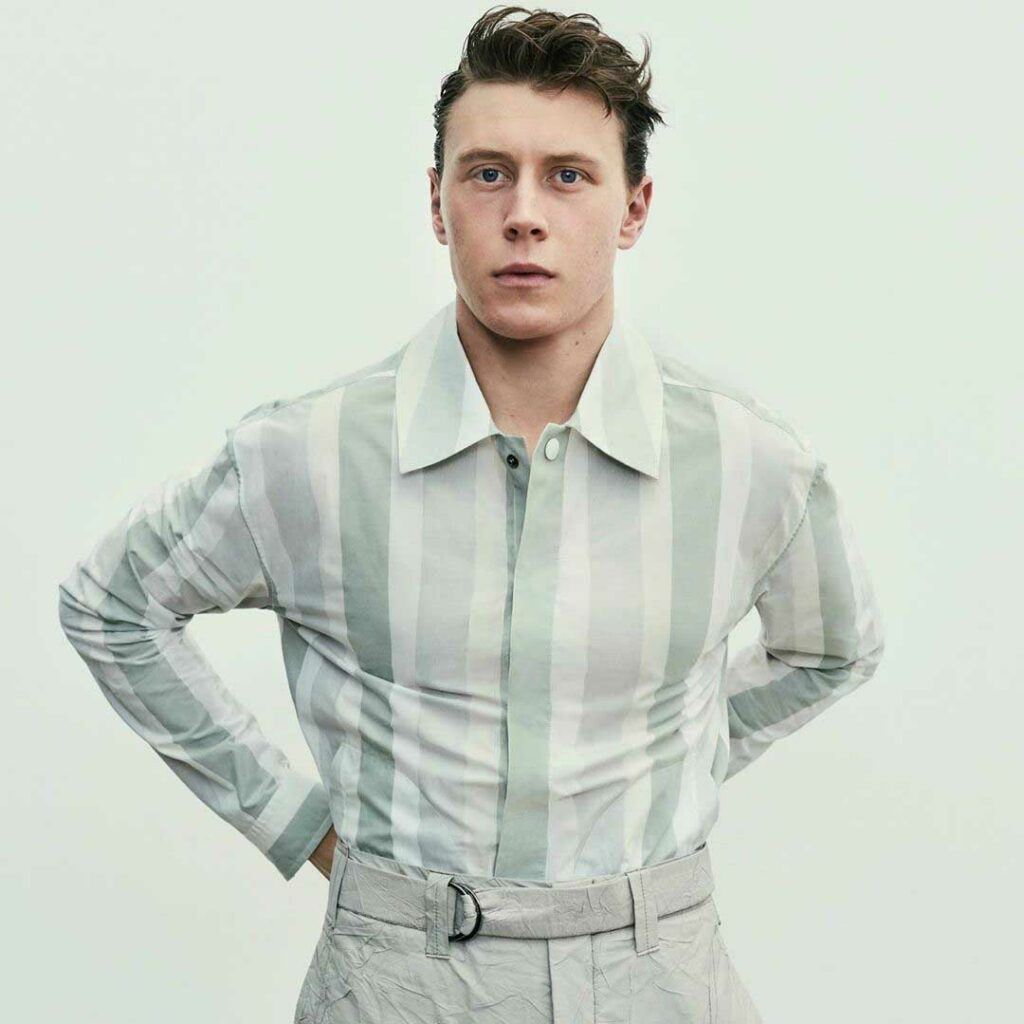 George MacKay was spotted by the scout when he was in school in 2002, and he was offered a role in Peter Pan as lost boys. That gave him a lot of experience. At the age of 13 in 2005, he won a role as Riccio in The Thief Lord, adapted from a best-selling children’s novel. He also worked for TV shows like Rose and Maloney and Snow and The Brief.

After his quite experienced as a kid, he played as Aron in the film Defiance in 2008 while he was just 16 years old. Everyone was impressed by his performance, and mainly the director was shocked by his actions. He worked in The Boys Are Back as Harry in 2009. The same year he also appeared in the musical film Hunky Dory. As in 2012, he played in two movies, Private Peaceful and The Best of Men.

With his growing name, George MacKay played in many films in 2013, consisting of How I Live Now as Eddie, Sunshine on Leith, For Those in Peril. His role as Aron got many positive reviews, and he was praised by the director as well. As of 2014, he played as Joe in the film Pride. He was a 20-year-old boy, and he gave a good performance. He played in Captain Fantastic as Bodevan. He also appeared in Where Hands Touch as Lutz in 2018.

His career from 2018 was a breakthrough as he drew much more attention. He played in the True History of the Kelly Gang as Ned Kelly, and his role as Kelly was damned impressive. He also portrayed as Lance corporal William Schofield in film 1917. In 2019 he won many awards because of his performance and how he nailed it. He won Virtuoso Award at Santa Barbara International Film Festival and was nominated for Breakthrough Award and also Best Actor in a Motion Picture at Satellite Awards.

In 2020 George MacKay is playing in the film Wolf, currently being filmed in Ireland alongside Lily-Rose Depp, a beautiful, talented actress. 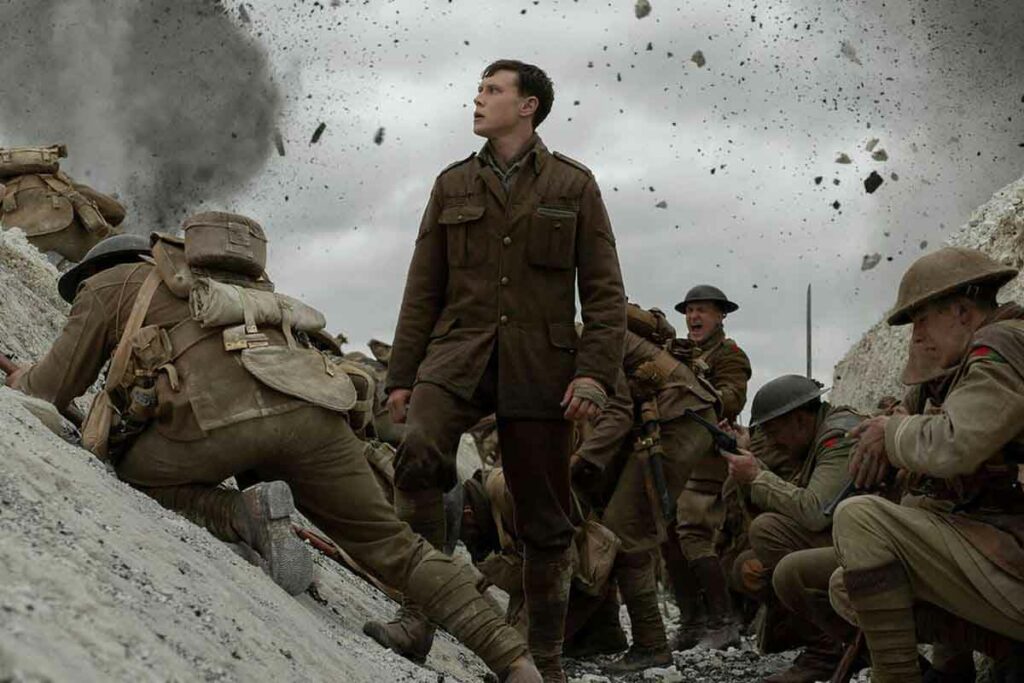 Age, Height, Nationality, and Other Facts

George MacKay has mixed genes of many ancestries, and that’s what made him special. He was always a charming and cheerful kid. During his school day in The Harrodian School, he was spotted by a scout and made him work for them. That’s how he stepped inside the acting field.

Raised and settled in London, MacKay is of English nationality. He is 28 years old from the time of writing. His zodiac sign is Pisces. Talking about his physical texture, he stands 6 feet tall and weighs 76 kilograms. He looks attractive as he has a fit and slim body type and blue eyes, which boosts his beauty. His hair color is Auburn. It is known that he doesn’t have any tattoos yet. He supports the Chelsea Football Club.

George MacKay has his thinking about life and all. Unlike other celebrities, he doesn’t run after followers. He doesn’t use Instagram or any other social media. He explained that he never got interested in such things. He continued; in fact, he feels stressed when he is surrounded by too much technology.

While he was just 17 years old, his join request was rejected from the Royal Academy of Drama Art and the London Academy of Music and Dramatic Art. He said it the process of life, and we learn from every part of it. So, he never gave up, and now we can see what he has achieved. 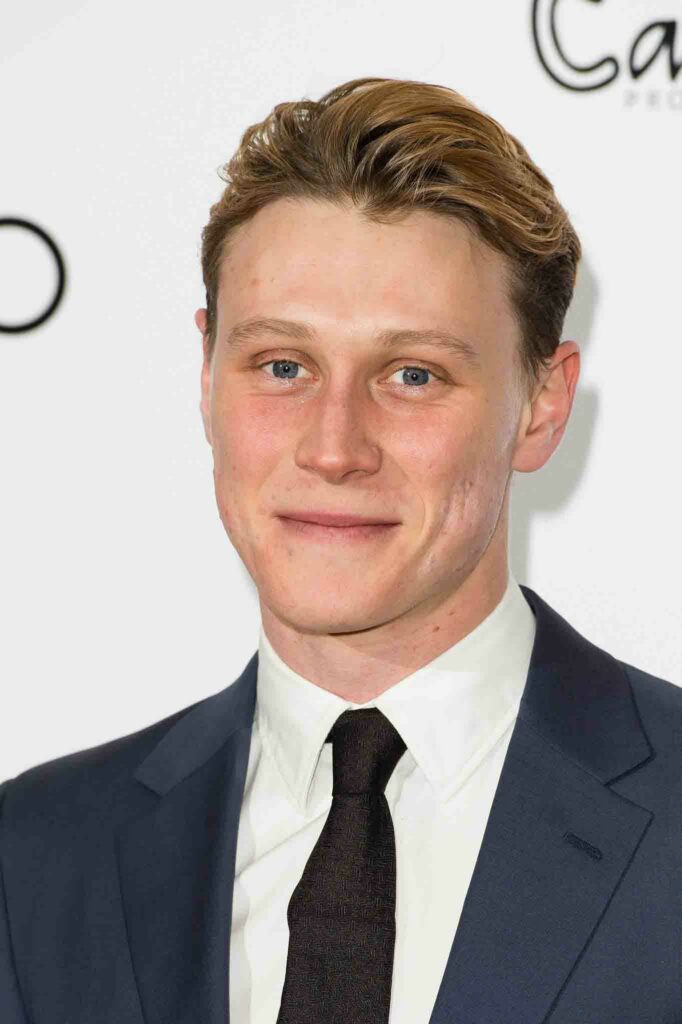 George MacKay is quite secretive about his private life, but he was seen with gorgeous actress Saoirse Ronan many times, and maybe they were dating. But currently speaking, MacKay is single.

George MacKay is active in social activities as he participated in the event March4Women which was held in London in 2020 on International Women’s Day. Once, he also raised funds for MS Society (Multiple Sclerosis Society) in London.

According to Celebrity net worth, George MacKay has an estimated net worth of $5 million.