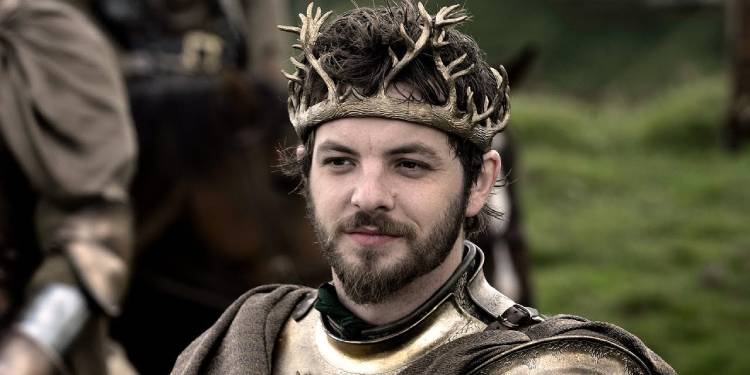 Gethin Anthony is an English actor. After portraying Renly Baratheon in the American fantasy drama television series, Game of Thrones, he rose to prominence. In addition to this, he also played a remarkable role in the American crime television series, Aquarius where he appeared as Charles Manson. Please stick with us to know more about the actor and his rise to stardom.

Gethin Anthony’s full name is Gethin David L. Anthony. He was born on 9 October 1983 in Stratford-upon-Avon, Warwickshire, England. Unfortunately, the name of his parents is currently a mystery. Likewise, he has also not revealed if he has siblings or not. Besides this, he is currently 38 years old with the zodiac sign of Libra.

Anthony is English by nationality, and he belongs to the white ethnicity. Apart from this, he has not shared which religion he practices at the moment. Talking about his education, he has attended different schools when he was a child. Initially, he was a student of the Ashton Hayes Primary School. Later, he joined the Christ Church Primary School but completed his schooling at the Tiffin School. Finally, he joined the prestigious Oxford University’s Balliol College for further education, where he studied English literature. During his time here, he was also the President of the dramatic society of Oxford University. He has also taken acting training at the London Academy of Music and Dramatic Art.

Gethin Anthony stands at the height of 5 feet and 10 inches (1.77m/177cm) tall, and he weighs around 60kg (132lbs). Unfortunately, he has not shared the details of his body measurements at the moment. However, judging by his physical appearance, we can determine that he is athletic. In addition to this, his eyes are dark brown in color, and he has black-colored hair.

Anthony gave his debut performance in the entertainment industry in the year 2006. Luckily, he was able to grab two different roles for himself in his debut year. First, he played the role of William Straw in the drama movie Pinochet in Suburbia. Likewise, he also appeared as Drew Kramer for an episode of the medical drama television series Holby City.

The breakthrough moment of Anthony’s professional career as an actor came in the year 2011. He appeared as Renly Baratheon, the youngest among the Baratheon brothers in the American fantasy drama series, Game of Thrones. He appeared alongside actors like Emilia Clarke and Maisie Williams in the series. He was one of the main characters in the first two seasons of the series and appeared for exactly eight episodes.

Apart from this, Gethin has also had recurring roles in series like the 2015 American period crime drama series Aquarius. He portrayed Charles Manson in the show and appeared for 30 episodes. Likewise, another of his most prominent roles include the role of Jack Brennan. He played this role for ten episodes of the drama anthology television series, Manhunt: Unabomber.

Gethin Anthony portrayed the homosexual role of Renly Baratheon in Game of Thrones. The series shows Gethin in a relationship with Loras Tyrell (played by Finn Jones), and this began a conversation among the fans regarding his sexual orientation. However, this remains a mystery as he has not cleared these rumors. Furthermore, another set of rumors claims that the actor is seeing a lady, which contradicts the claim that he is gay.

Gethin Anthony is a famous personality, but despite his popularity, he is a very secretive person when talking about the personal side of his life. Because of this reason, we are currently not able to shine any light on the actor’s dating history and background. According to various online sources, he is now seeing someone, but the name or identity of this secret person is a mystery.

Net Worth of Gethin Anthony

Gethin Anthony makes his fortune through his professional career as an actor. He has appeared in many lead roles, which has earned him a handsome amount of fortune and a lot of fame. As of the year 2021, his estimated net worth lies somewhere around $1.8 million and $2 million.