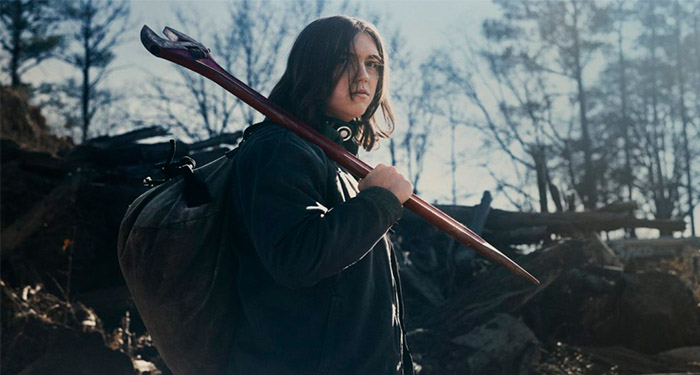 Hal Cumpston is an upcoming and rising Australian actor who is well-known for portraying the role of Silas Plaskett in the American post-apocalyptic horror television series, ‘The Walking Dead’ ( Starring Andrew Lincoln, Norman Reedus, Jeffrey Dean Morgan, Lauren Cohan, Christian Serratos ), where he has made an appearance for a total of 11 episodes. He is also famous for appearing as Hal in the 2019 comedy-drama movie ‘Bilched.’ He also worked as the writer and producer for the same movie. In addition to this, he has also won the Chelsea Film Festival’s Best Screenplay award for the same movie.

Hal Cumpston’s date of birth is unfortunately not known, but it is known that he is 22 years old, meaning he must have been born in the year 1999 or 1998 in Sydney, Australia. Likewise, there is no information available regarding his family details, family background, and sibling details. However, it is known that his father’s name is Jeremy Cumpston, who is also an actor as well as a doctor. Similarly, since his date of birth is not known, his zodiac sign cannot be determined.

Hal Cumpston has a height of 6 feet, and 3 inches (1.83m/183cms) tall, and his exact weight is not known. Moreover, he has an average body build with a pair of light brown colored eyes and light brown colored hair. Hal holds an Australian nationality and belongs to Caucasian Australian ethnicity. Unfortunately, there is no information regarding his religious ideology and beliefs.

Unfortunately, there is no exact information available regarding Hal Cumpston’s educational background and educational qualifications. However, it is known that he studied drama through all the years of his education and also actively participated in acting camps and plays. It is also assumed that he has completed his high schooling from some local schools.

Hal Cumpston gave his debut performance in the year 2019 when he wrote the script and also helped in the production and starred as Hal in the comedy-drama movie ‘Bilched.’ Following this role, the breakthrough moment of his career came in the year 2020 when he was cast for the role of Silas Plaskett in the American horror post-apocalyptic television series, ‘The Walking Dead’ where he appeared for a total of 11 episodes. Moreover, he will also be portraying the role of Zach Marconi in the drama thriller upcoming television miniseries, ‘Nine Perfect Strangers’.

After portraying the role of Silas Plaskett, he has also appeared twice in the talk show television series ‘Talking Dead.’ Besides his acting career, he has also worked as a graphic designer and designed for the short Australian movie, ‘L.O.V.E. Insurance for the Heart.’

Despite being a recent and an amateur actor, Hal Cumpston has also won an award in his rookie years. He won the Chelsea Film Festival’s Best Screenplay award for his work in his movie, ‘Bilched’ in 2019. We hope to see more awards and accolades in his name in the upcoming years.

Hal Cumpston is currently single and not involved in a relationship with anyone. There is no information available regarding his past relationships either, but it is assumed that he has been involved with someone at least once in the past. Likewise, he has not been married yet, nor has he fathered any children as he is just 22 years of age and is focused on building his career as a professional actor.

What is Hal Cumpston’s Net Worth?

Hal Cumpston is a rising star in the entertainment industry and has worked for only a couple of years. Because of this, his net worth has not yet been determined.