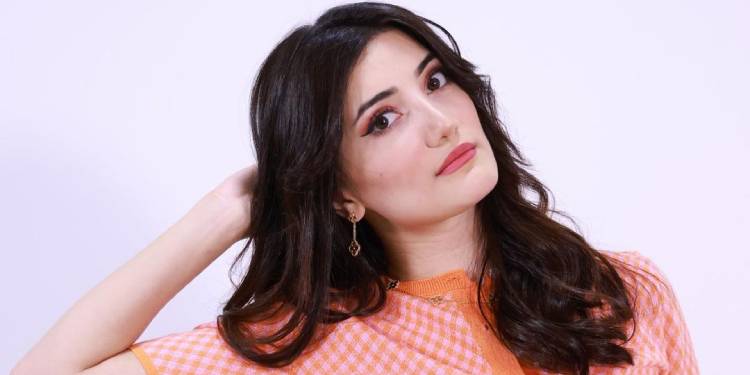 Hayla Ghazal is a social media influencer as well as a social activist for women’s empowerment. She is also an entrepreneur and the owner of Hayla Couture, a fashion boutique based in Dubai.

Furthermore, she has also worked with the United Nations to bring gender equality on YouTube. Please stick with us to know more about Hayla and the details of her life.

Hayla Ghazal’s full name is Hela Al Ghazal. She was born on 24 July 1995 in Dubai, United Arab Emirates. Her family moved to Dubai from Aleppo, Syria. Her mother’s name is Lina Ghazal, and her father’s name is Ziad Ghazal.

Her mother is a businesswoman from Dubai, and her father is a Syrian engineer by profession. She grew up in luxury alongside three siblings. Their names are Mayar Ghazal, Nael Ghazal, and Alma Ghazal.

She loves spending time with her family members, and she has often featured them in her videos. Besides this, she is currently 26 years old with the zodiac sign of Leo.

Ghazal is Syrian by nationality, and she belongs to mixed ethnicity. She descends from Syrian ancestry through her father’s side and Arabian origin through her mother’s side. Moreover, she is a Muslim, and she practices Islam as her religion.

Talking about her education, she is a well-educated person. She completed her primary, secondary, as well as higher education in Dubai. While she has not let out much information about her schooling-level education, we are aware that she enrolled at the American University of Dubai.

She graduated and completed her education with a Bachelor of Business Administration’s degree in Marketing and Trade.

Ghazal stands at 5 feet and 5 inches (1.65m/165cm) tall, and she weighs around 54kg (119lbs). Apart from this, she has not shared the details concerning her body measurements at the moment.

Hayla is a social media personality as well as a content creator by profession. She began her YouTube channel, Hayla TV, on 25 June 2013 and has since been active as a YouTuber. She has since garnered over 1.3 billion views on her content, and her channel also has a whopping 9.19 million subscribers.

Her first video was Wardrobe Essentials, and she uploaded the video eight years ago on 18 July 2013. She has since done a lot of videos featuring makeup, fashion, and beauty-related content.

Not only does Hayla love posting about fashion, but she also enjoys the company of her family members. She has featured her siblings, parents, and even grandparents in her videos.

She has also done question and answer sessions with her grandmother and a burning knife challenge. Likewise, her grandfather is also a star of her videos as he has shared his love story with his granddaughter and her subscribers.

Furthermore, she also loves making videos with her siblings. She has featured them in videos like the Saudi Accent Challenge and Teddy Bear Prank.

Apart from being a social media star, Hayla Ghazal is also an influential personality. In February 2016, the United Nations appointed her as a Change Ambassador for Gender Equality.

She successfully raised awareness regarding gender equality through her YouTube channel in the Middle East and North African regions.

Her contribution to raising awareness landed her on Vogue’s list for the Top 10 Most Influential Arab Women in Social Media.

In addition to this, Hayla Ghazal is also an entrepreneur. She began her fashion line called Hayla Couture, situated in the luxurious city of Jumeirah in Dubai. Her fashion line features a wide variety of high-end bridal dresses.

In addition to this, there is also a wide variety of evening dresses available. She is currently working on expanding her business and making it one of the most successful brands.

Hayla is a married woman. Her husband’s name is Rashad, and it is all that she has shared with the media. The details concerning the beginning of their relationship or how and when they met stay behind the curtains.

But we are aware of the fact that their marriage took place on 11 December 2020. She has since featured him in her YouTube videos like Our First Vlog Together and Rachad Copies My Personality.

They live a blissfully married life together, and he enjoys being a part of her social life.

Net Worth of Hayla Ghazal

Ghazal earns from her professional career as a social media star and influencer. In addition to this, she has also had a very successful career as an entrepreneur, and her fashion line is thriving in the Arabian markets.

However, she has not yet shared the details concerning her earnings and net worth. According to the online data, her estimated net worth lies somewhere around $1.5 million as of 2021.