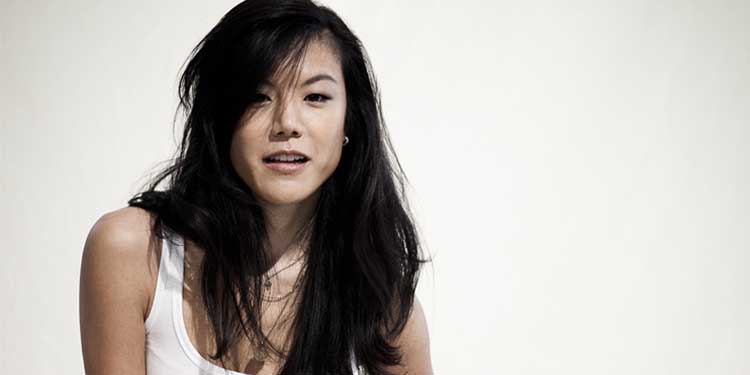 Hettienne Park is a popular American actress as well as a writer. She is also best known for her performance in Hannibal as Beverly Katz. She is also known for her roles in The Good Wife (2009) as Shelly Delgado, Law & Order (2005) as Taka Furukuwa, and Private Life (2018) as Female Doctor.

She was born on the 7th of March, 1983 in Boston, Massachusetts, United States of America (USA). There is no information regarding her parents. She has not yet opened up about her family members or childhood days. If we find new information about her formative years or family members, we will update this section as soon as possible.

Park is of American nationality and her ethnicity is South Korean.

Hettienne Park has a slim build of height 5 feet 6 inches or 1.68 m but her weight is not revealed. She has not disclosed information about her body proportions. Hettienne has black hair as well as black eyes.

Hettienne Park hasn’t said as to where she completed her high school education. After the completion of her high school education, she studied at the University of Rochester. She graduated with a Bachelor of Arts degree in Religion and Economics. She has also taken official training to play classical flute and piano at the New England Conservatory of Music which is located in Boston, Massachusetts.

Hettienne Park made her movie debut in 2007 where she played the character of Ming Ming in Never Forever. After that, she was seen in Bride Wars as Marissa. In 2018, she played the role of Female Doctor in Private Life.

Hettienne Park first appeared on television in 2002 in Hack where she played the role of Chloe. Similarly, she also appeared in Law & Order: Special Victims Unit in 2004 as the character of Annie. In the following year, she was cast in Law & Order as Taka Furukawa in the year 2005.

In 2009, she played the character of Shelly Delgado in The Good Wife. Furthermore, she also appeared in Hannibal as Beverly Katz from 2013 to 2014 in 16 episodes. She was also seen in The Blacklist where she played the role of Sasha Lau in the year 2017.

She also played the role of Mrs. Vu in The OA in the year 2019. Her most recent TV show was The Outsider as Tamika Collins in 2020.

Hettienne Park was married to a man named Ryan Pilla. They had a good relationship, nonetheless, they started facing difficulties in their marriage and divorced each other.

She is possibly single right now and doesn’t want to get in any kind of romantic relationship for now and focus more on her career. There are no records of any other previous relationships except with Ryan Pilla.

The 38 years old actress has been working in the movies and television industry since 2002 and she is still actively working in the entertainment industry. She has earned a lot of money by acting in numerous TV shows. Hettienne is estimated to have a net worth of $1 Million.

Hettienne Park is quite active on her social media with 16K followers on Twitter (@HettiennePark). There is also a Facebook account under her name but it is not verified and has only 172 followers.