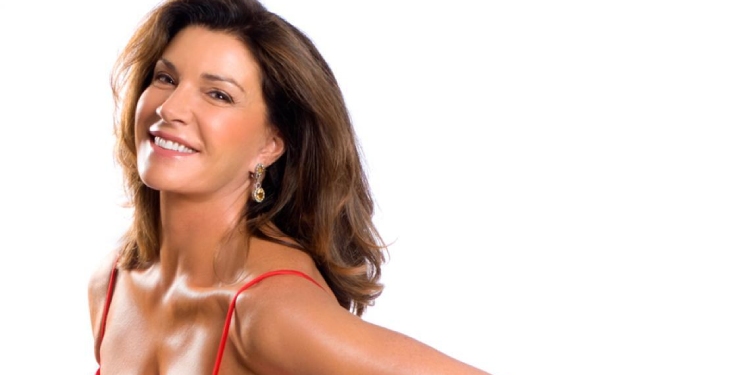 Hilary Farr is a British-Canadian designer, entrepreneur, and television personality. She is well-known in the media for co-hosting the Canadian-American home design television series ‘Love It or List It.’ She worked alongside Canadian actor and realtor David Visentin in the show. Moreover, she is also famous as the president of her company, Hilary Farr’s Designs. Please stick with us to know more about this amazing personality.

Who is Hilary Farr? How Old Is She?

Hilary Farr was born on 31 August 1951 in Toronto, Ontario, Canada. She has not shared any identifiable information regarding her parents at the moment. But we do know that her parents moved to London, where she grew up. She presumably grew up as the only child of her parents, as her sibling’s details remain a mystery. Besides this, she is currently 69 years old with the zodiac sign of Virgo.

Hilary Farr holds British as well as Canadian nationality. She belongs to the Caucasian ethnicity, but she has not shared her ancestry details at the moment. Likewise, she has also currently not revealed much information about her religious views and practices.

Hilary Farr stands at an impressive height of 5 feet and 9 inches (1.75m/175cm) tall, and she weighs around 58kg (127lbs). She has a slim and fit body figure with a body measurement of 34-25-36 inches, respectively. In addition to this, she has a pair of beautiful brown eyes color with brunette hair color.

Hilary has not shared where she completed her schooling at the moment. But we do know that she enrolled in the Royal Ballet School located in London. For further studies, she studied at the Ryerson University. She completed her education with a degree in design from the university.

Is Hilary Married? Who is Her Husband?

Hilary does not like to talk much about her personal life. Because of this reason, most of the important details remain away from the media’s attention. However, we know that she was previously married to her ex-husband, and his name is Gordon Farr. He is a producer and writer by profession—details regarding how or when they met are a mystery. But the couple decided to tie their knots on 12 September 1982.

Following their marriage, the couple welcomed a son together. However, they have not revealed the identity details of their son. After staying together for over 20 years, they started having problems with their relationship. They finally decided to part ways in the year 2008. As of now, Hilary is presumably single and not in a relationship with anyone. According to online sources, she is currently living a single life with her son.

Hilary began her professional career in Los Angeles. Initially, her work was to buy properties and renovate them. These included homes as well as movie studios. She has worked in renovating properties located in numerous locations like Australia, the United Kingdom, the United States of America, and Canada. As of now, she is the president of her own company called Hilary Farr’s Designs. The company has two locations – one in Toronto and one in New York.

Besides this, she has also made several on-screen appearances. She has worked in numerous movies like ‘Never Mind the Quality, Feel the Width‘ and ‘The Rocky Horror Picture Show.’ She played the roles of Gina and Betty Munroe, respectively. In addition to this, she has also made several guest appearances on television. These include shows like ‘George Stroumboulopoulos Tonight‘ and ‘Brother vs. Brother.’

Hilary Farr earns from her professional career as a designer as well as a television personality. She has certainly had a successful career with a lot of fortune along the way. As of the year 2021, she has an estimated net worth of around $7 million.