Skip to content
Home » Article » How Many Children Does Dr. Dre Have? 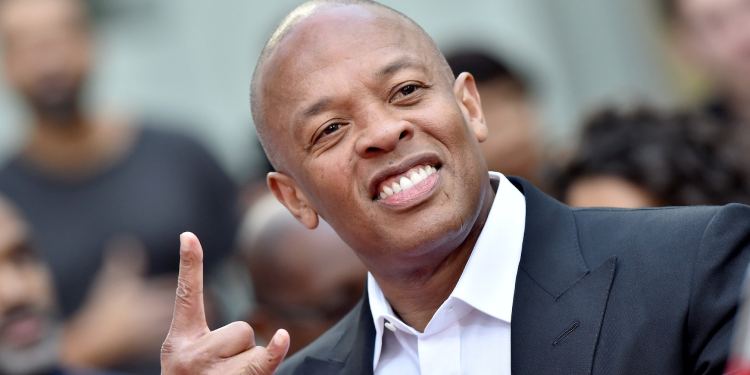 Dr. Dre’s actual name is Andre Romelle Young. He is a very famous personality in the music industry. People often see him as a key figure in popularizing the West Coast G-funk, which is a subgenre of hip-hop music. He is a rapper, a record producer, and an entrepreneur by profession. He owns the American record label Aftermath Entertainment and the American consumer audio products manufacturing company, Beats Electronics LLC.

Dre has had a lot of relationships with numerous women to date. He has married only once, but he has a history of dating a lot of beautiful women. He has a total of seven children through his relationships. He has four sons and three daughters. Unfortunately, one of his sons is no longer in this world. His children have five different mothers. Please stick with us to know more about his children.

You might want to check out the Details about Eazy-E’s 11 Children.

Curtis Young is Dre’s eldest son. He was born in December of the year 1981, and Dre was pursuing his high school education. However, things were not easy for little Curtis, as he only learned about his father when he was 12 years of age. By the time Dre was 39 years of age, his son was already 20 years old.

La Tanya Young is Dr. Dre’s eldest daughter. She was also born while he was pursuing his high school education in the year 1983. The father and daughter relationship has been unusual and complicated throughout the years. According to a report by The Sun, La Tanya claimed that she had not seen her father for the past 17 years. Moreover, she was struggling to make ends meet, but her “super-rich” dad did not help her in any way.

Andre Romelle Young Jr. was born in the year 1988. Unfortunately, he passed away at the age of 20 in the year 2008. His mother found him lying lifeless in their residence in Woodland Hills, Los Angeles. The medical reports later showed that he overdosed on heroin and morphine.

Marcel Young is currently 29 years old. Unfortunately, not much is available about Dr. Dre’s middle child, and he also chooses to stay away from the spotlight.

Truice Young was born in the year 1997 when Dr. Dre was going out with Nicole Young. He is 23 years old as of the year 2021. He recently graduated from the University of South Carolina in the year 2020.

Truly Young is Dr. Dre’s second child with Nicole Young. She was born in the year 2001 and is four years younger than her brother Truice. She is currently pursuing her education at the University of Southern California. Dr. Dre mentioned that he was proud of his daughter for making it to the university on her own without involving herself in any type of criminal activity.

Tyra Young is Dr. Dre’s youngest child. However, not much information is available about Tyra, but we are aware of the fact that she is in the entertainment industry. She has appeared as an actress as well as a producer on the show ‘Take 6.’ Sadly, there is no information about Tyra’s mother either.