Skip to content
Home » Gossip » Is Dawn Staley Married? Is She A Lesbian?

Is Dawn Staley Married? Is She A Lesbian? 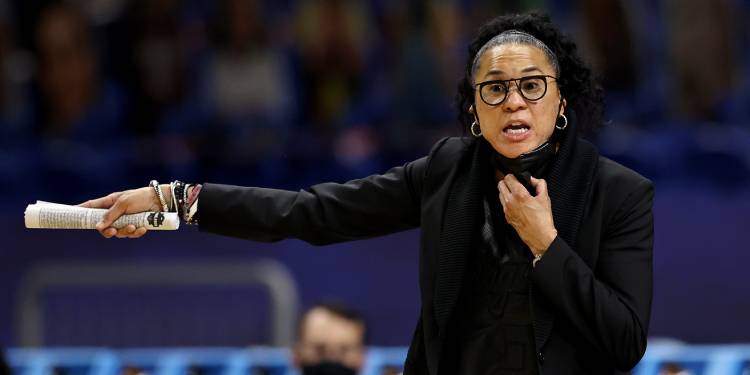 Dawn Staley’s full name is Dawn Michelle Staley. She is a popular figure in the world of basketball. Born on 4 May 1970 and raised in Philadelphia, Pennsylvania, she used to play for the Houston Comets. Her position on the court was that of a point guard, and she competed in the Women’s National Basketball Association (WNBA). She gave her professional debut in 1994 with the Tarbes Gespe Bigorre and played with professional teams like the Philadelphia Rage and the Charlotte Sting. She contributed her talent in the sport for over 12 years before announcing her retirement in 2006.

Dawn Staley began her coaching career after retiring as a player. She used to coach the Temple Owls till the year 2008. Since then, she has been coaching the young athletes and future stars of the South Carolina Gamecocks, the women’s basketball team of the University of South Carolina. She has had a pretty successful career both as a player and as a coach. She is the recipient of numerous awards like six WNBA All-Star and two Honda Sports Awards. Her coaching career has also brought multiple accolades like the NCAA Division 1 Tournament Championship and six SEC Tournament Championships.

While people are aware of her achievements and her contribution to the sport, they still wonder about the personal side of her life. So, please stick with us as we will be discussing further her personal life and her relationships.

According to many rumors and speculations, it seems that Dawn Staley is currently in a relationship with Lisa Boyer. She is an associate head coach for the South Carolina Gamecocks and works alongside Staley. However, she likes to keep the personal side of her life private to herself. Because of these reasons, fans are curious to know about her relationship status. In addition, many come up with their own stories by saying she is a lesbian.

You might want to check out Why Yvette DeLeone and Scottie Pippen Broke Up.

Furthermore, Dawn Staley spiced things up when she Tweeted on 7 May 2018 that she and Boyer were like an old married couple who started young and will grow old together. She further thanked Boyer for giving up her career to be with her and help the Gamecocks. However, she has deleted this Tweet, and it is not available at the moment. She has also not let out any updates on their relationship since then, neither has she confirmed the rumors regarding her sexuality.