Skip to content
Home » Gossip » Is Mike Rowe Married? The Truth About His Love Life

Is Mike Rowe Married? The Truth About His Love Life 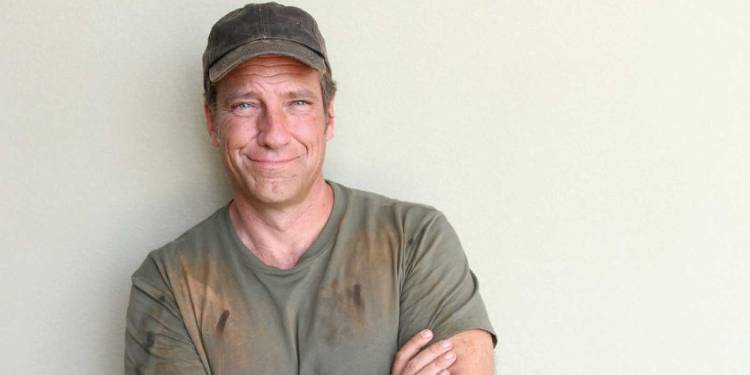 Mike Rowe’s full name is Michael Gregory Rowe and he is an American narrator and TV host. Born on 18 March 1962 and raised in Baltimore Country, Maryland, the United States of America, the 59-year-old recently talked about the previously unknown facts concerning his love life in Kara Mayer Robinson‘s virtual interview. He revealed his current relationship status and also talked about his past relationships. Please stick with us to know more about his love life and the truth about his relationships.

Mike Rowe’s girlfriend chooses to stay away from the limelight

Mike Rowe revealed that he is currently in a serious relationship with his girlfriend but he has not married her yet. Sadly, he has not revealed the name of his girlfriend. But we do know that she prefers to stay away from the media’s attention and all of the comments that come through it. In addition to this, he also made a promise to her saying that he will keep their relationship as private as possible and not let out any information on the internet. However, he mentions that she is an independent woman and this impresses him more than anything.

The details concerning their relationship are still a mystery as Mike Rowe’s girlfriend is not at all interested in fame and stardom. However, according to his interview, they have been dating for a couple of years. But the details about how long they dated and when or how they met are still a mystery.

Mike Rowe’s ex-girlfriend cheated on him

Earlier, there were a lot of rumors about Rowe being gay. However, this was only a rumor and he proved it wrong by opening up about his relationships which shows that he has actually dated a lot of women. These include the American actress Danielle Burgio and his former love interest, Sandy Dotson. However, there was one failed romance that he talked about a lot.

You might want to check out the Untold Truth of Anthony Bourdain’s Wife.

Rowe states that one of his ex-girlfriends cheated on him in the past. Though this did not devastate the narrator, it did hurt him a lot. However, he handled the situation maturely when she confessed to him and also forgave her. He had a breakdown when he returned home but decided not to hold any kind of grudge against her. Instead, he asked her to forgive herself too as he believed that cheating on someone else also meant cheating on oneself.

Mike Rowe does not regret not having kids

Mike is 59 years old at the moment and he does not have any kids. However, he seems to be in a comfortable position as he has no regrets about not having kids. There was once a moment when he says he was close to being a father with his partner many years prior. She wanted to have a lot of kids with him but this did not work out. They were only dating each other and had not married yet. So, the thought of having kids before marrying seemed to bother Mike even if their love was true.

You might want to check out the Untold Truth of Ryan Tedder’s Marriage.

Mike explains that they ended up separating as she did not care much about valuing each other as a family. He refers to his parents who had a long-time relationship prior to conceiving children. He says that they valued each other a lot and conceived children only when they were able to think as a family. Since this was not the case with Mike and his ex-girlfriend, they eventually parted ways.

Mike Rowe has also considered adopting a child at some point in his life when he was single. But he could not give this thought much time as he had a busy work schedule and was focusing on his career.