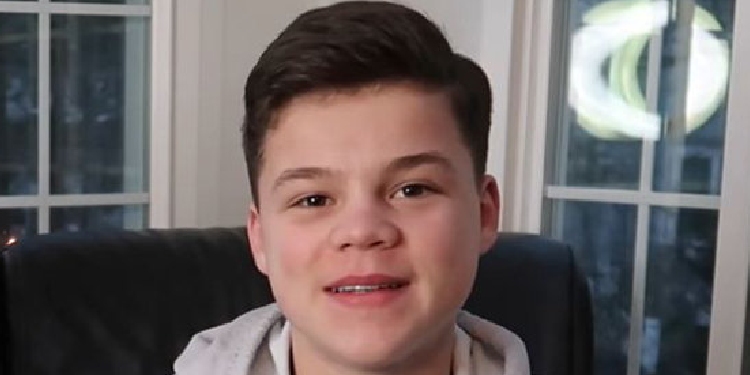 Jack Doherty is an American YouTuber and prankster who is famous mainly for his daredevil pranks and stunts. He performs these pranks and tricks in several shops and entertainment parks.

Jack Doherty was born in America on October 8, 2003. Therefore, his age is just 18 years old as of 2021. However, the young YouTube prankster has gained huge fandom on almost every social media and has fans from nearly worldwide.

Talking about Doherty’s parents, he was born to an Irish father, Mark Doherty, and a Polish mother named Anna Doherty. His father is his biggest supporter, who allows him to do many things even if His mother disallows jack.

On the other hand, his mother is one of his most prominent critics, and some of the videos made by Jack have also made his mother very furious. However, she still supports her son and also defends him if he gets into any problematic situations.

Besides, not much about Jack’s education has been revealed until now by the famous YouTuber. Moreover, the YouTuber also has an older brother named Michael Doherty, who has also taken part in some of Jack’s YouTube videos.

Talking about Jack’s body stats, he has a healthy and mesomorphic body that weighs almost 60 kg. Moreover, he stands 5 feet 6 inches tall and wears a shoe size of 6 [UK]. Besides, his eyes are brown, and the same goes for his hair as well.

Talking about his nationality, he is American, and his zodiac sign is Libra.

You may also want to read about Khoa Nguyen.

Doherty started gaining fame on June 14, 2016, after he began his self-titled channel on YouTube. After that, he uploaded the first video to that channel on September 29, 2016, which was titled Marker Flip Twice in a Row!!!.

Many people watched that video where he successfully flipped a marker two times, and he also gained the first 100 subscribers with that video.

The most-watched video on Jack’s channel was I Flipped All These, where he flipped multiple objects.  This video was watched over 18 million times as of March 2018.

His family can also be seen sometimes in his videos, including his mother, father, and brother. Otherwise, he makes videos with his friends usually.

Jack skips a lot of classes and is very interested in studying. Moreover, he also has chronic ADHD, which causes him to get into trouble due to interrupting his teachers and getting off tasks.

The famous YouTuber has gained over 3.25 million subscribers on his YouTube channel and has uploaded over 645 videos so far.

Jack has also got into several controversies and criticism throughout his career, just like his idols, Jake and Logan Paul. He has faced much criticism at a very young age because of being thrown out of Walmarts and Target due to his unruly behavior.

He once made a video about ninjas, which was titled EXPOSING NINJA! In this video, Jack talked about Ninja messaging him to take down Jack’s donation video. Otherwise, they would give him a strike on his channel. Later, Jack removed the video and was blocked by Ninja on Twitter.

You May Also Like To Read About Kim Woolery.

Furthermore, he was also contacted by the FBI after he crashed or Zoom Bombed classes online, which shutdowns that school’s education system.

However, even after all these controversies, Jack has been doing his best and gaining more and more fans and subscribers every day. Moreover, the quality of his videos is also increasing, and he uploads videos with even better concepts than they used to have before.

Jack has become a very successful YouTube creator at a very young age, making him a lot of money side by side. Moreover, Jack Doherty also earns from several other platforms and also from several donations on his live streams. Therefore, the young YouTuber has a total net worth of $400 thousand as of 2021.

However, this amount increases daily as his fans and followers are also increasing at the same pace. Therefore, his net worth is never foxed and is growing almost in a daily manner.

Being such a famous YouTuber, Jack is inevitable to be active almost on every social media platform. Therefore, we can meet him both on Instagram and Twitter as well.

His Instagram account with username jack.doherty has shared more than six hundred posts and has already gained 445 thousand followers. Besides, he also has a Twitter profile under the username dohertyjackk.