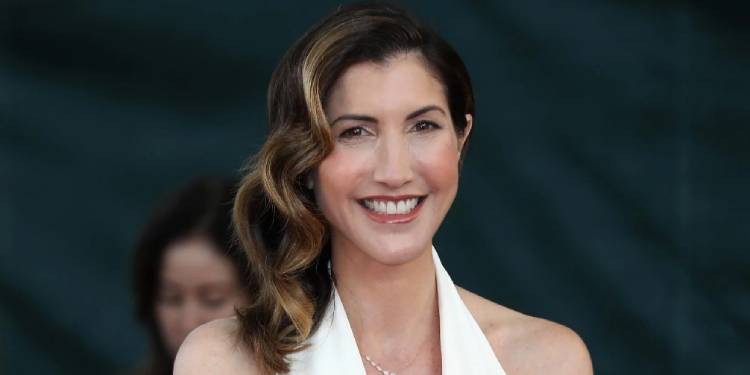 Jacqueline Titone is popular as Jacqueline Samantha “Jackie” Sandler in the media. She is an American actress by profession. She has appeared in numerous movies like ‘Big Daddy’ (1999), ‘Deuce Bigalow: Male Gigolo’ (1999), and ‘I Now Pronounce You Chuck and Larry’ (2007). In addition to this, she also received widescale recognition as Adam Sandler, an American actor’s wife. Please stick with us to know more about her life, career, movies, relationship with Adam Sandler, and more.

Who is Jacqueline Titone?

In the United States, Jacqueline Titone was born on 24 September 1974 in Coral Springs, Florida. Her mother’s name is Lila Titone, and her father’s name is Joseph Titone. Her family consisted of two brothers and a sister. Her sister’s name is Alexandra Titone, and one of her brothers is Chris Titone. However, the name of her other brother is currently a mystery. Sadly, her parents separated, and their divorce battle went on for a bitter period of seven years. Also, she now has the zodiac sign Libra at the age of 46.

Jacqueline Titone holds an American nationality, and she belongs to the Italian ethnicity. She descends from Italian ancestry from her parents. Talking about her religion, her parents raised her as a Christian. However, she converted her religion to Judaism after her marriage.

Jacqueline Titone stands at the height of 5 feet and 9 inches (1.75m/175cm), and she weighs around 62kg (136lbs). Additionally, her body measurements are 34-25-35 inches, meaning she has a slim figure. Furthermore, her eyes are hazel in color, and her hair is light brown.

You might want to check out Sophia Grace Brownlee.

Jacqueline Titone studied at Marjory Stoneman Douglas High School. During her schooling years, she studied together alongside artists like Chris Marrs Piliero, Ian Grushka, and Jarrett Grushka. Unfortunately, she has not shared much information about her further studies.

Titone gave her debut performance as an actress in the year 1999. She appeared as a waitress alongside Adam Sandler and the American actress and director Joey Lauren Adams in Big Daddy’s comedy movie. This was the first time she worked alongside her future husband-to-be in a film, and she would continue appearing in movies with him down the road. They have done many movies together, and it includes movies like ‘Hotel Transylvania’ (2012), ‘Grown Ups’ (2010), ‘Just Go With It’ (2011), and ’50 First Dates’ (2004).

In addition to this, we can see the husband and wife appearing in other movies like ‘Murder Mystery‘ (2019), ‘Blended’ (2014), and ‘You Don’t Mess with the Zohan’ (2008). She is currently working on her upcoming sports comedy movie, ‘Home Team,’ which is filming.

Jacqueline is currently in a marital relationship with her husband, and his name is Adam Sandler. He is an American actor, comedian, screenwriter, and producer by profession. He is well-known for numerous movies like ‘Deuce Bigalow: European Gigolo,’ ‘You Don’t Mess with the Zohan, and ‘Hotel Transylvania movie franchise. Their first meeting took place back in the year 1999 on the set of ‘Big Daddy.’ They began dating two years later in 2001 and have been together ever since. They engaged shortly after that. The two lovebirds took their relationship onto the next level by deciding to marry on 22 June 2003.

Adam and Jacqueline have together welcomed two daughters from their marriage. Their first daughter’s name is Sadie Madison Sandler, and she was born on 6 May 2006. Likewise, their second daughter’s name is Sunny Madeline Sandler, and she was born on 2 November 2008. As of now, the family of four has been living a happy life together in their residence.

Titone earns from her professional career as an actress. She has appeared in numerous hit movies alongside her husband. As an actress, she has had a pretty successful career. As of the year 2021, she has an estimated net worth of over $5 million. She lives a lavish life with her husband, who has a staggering net worth of around $420 million.

Jacqueline Titone likes to keep her personal life private despite being a famous actress and a celebrity spouse. So naturally, therefore, she is not available on social media platforms like Instagram, Twitter, and Facebook.