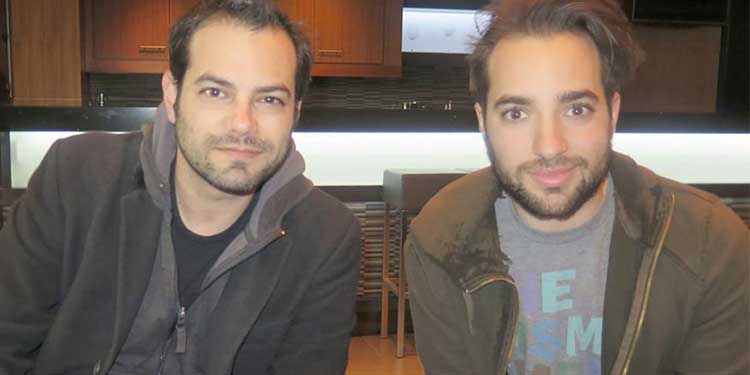 Jake Goldsbie is an excellent Canadian actor. He is best known for his amazing performance as Toby Isaacs in the popular Canadian teen drama Degrassi: The Next Generation. He had originally auditioned for the part of J.T. Yorke, but his audition landed him the role of Toby Isaacs,

Jake Goldsbie’s nationality is Canadian. He belongs to the White ethnicity.

He has an average build of height 5 feet 4 and a half inch or 1.63 m. He hasn’t revealed his weight to the public yet. His body measurements, like the size of his chest, waist, and hips, are not known. Similarly, his shoe size is not known. The color of his hair is brown, and the color of his eye is also brown.

There isn’t much information about his education disclosed to the public. However, we know that he attended the Concordia University, which is situated in Montreal. He graduated from the university with a Bachelor’s degree in Arts in Creative Writing in 2011.

We will update this section as soon as new information about his education is revealed.

You might want to check out about Stefan Brogren.

He made his acting debut in 1996 in Critical Choices. After that, he was cast in Jacob Two-Two Meets the Hooded Fang in 1999. Similarly, he played a role in When Andrew Came Home in the year 2000. In 2001, he was seen in Laughter on the 23rd Floor.

Furthermore, he got famous after his role as Toby Isaac in the popular TV show named Degrassi: The Next Generation (2001-2009). Likewise, he acted in Prince Charming in 2001. He did a wonderful job in The Red Sneakers in 2002 and Childstar (2004).

You might want to check out about Adamo Ruggiero.

Degrassi: The Next Generation

In this Canadian teen drama TV show, Degrassi: The Next Generation, he has brilliantly portrayed the character of Toby Isaac. The show has 14 seasons and 385 episodes. The show was created by Yan Moore and Linda Schuyler and starred Miriam McDonald, Aubrey Graham, Christina Schmidt, Melissa McIntyre, Jake Goldsbie, Shane Kippel, Ryan Cooley, Lauren Collins, and many other excellent actors. The show is rated 7.3 by IMDb.

He is married to a woman named Cassie Leigh. They got married in late 2019. They don’t have any kids yet and are leading a happily married life. There are no records of his past relationships.

This 32 years old actor started his career in the movies and Television industry in 1995 and is still working in the entertainment industry. He has earned a decent amount of money and has a net worth of $800k.

He is quite active on his social media with 12.4K followers on Instagram (@jakegoldsbie) and 8,574 followers on Twitter (@JGoldsbie) but not active on other platforms.