Who is Jake Manley?

Jake Manley is a Canadian actor best known for his work in the Netflix series The Order. He has also played in movies like A Dog’s Journey, Brotherhood. He is a talented and promising actor.

Jake Manley was born on 23rd August 1991. He was born in Oakville, Ontario, Canada. He grew up with his sister and parents in Canada. Jake attended Holy Trinity Catholic Secondary School located in North Oakville and graduated from there. His parents well-raised him, and they helped him fulfill all his wishes and support. Jake is also very close to his sister, Justin McKinney. He still meets her and spends time with her.

From a young age, Jake was interested in acting and cinema, so his parents encouraged him. After finishing his education, he moved to the United States to pursue a career in acting and is now a citizenship holder. Even after gaining fame, Jake still spends time with his family and enjoys their company. 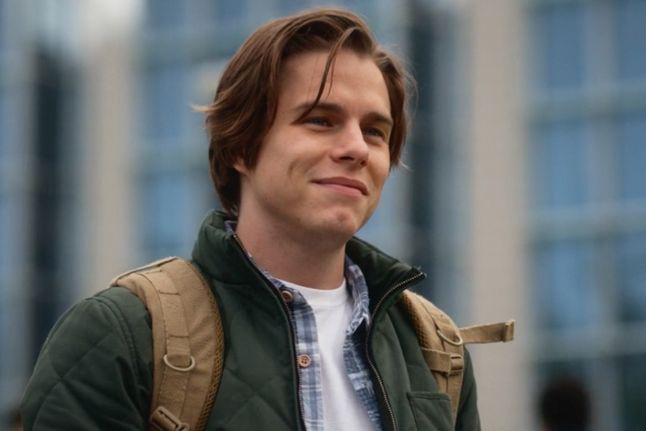 Jake Manley grew up in Canada but moved to the US to pursue his acting career. Manley got his first-ever role in 2012 in an episode of the TV drama series ‘Beauty & the Beast.’ It was the 7th episode named ‘Out of Control’ of 1st season of the series. He portrayed the role of ‘Derek Moore’ in the episode. Jack appeared in an episode of the TV series ‘Cracked’ in 2013. In 2015, Jake got a recurring role of character ‘Brad’ in the TV miniseries ‘Heroes Reborn.’ Manley got a chance to appear in his first feature film ‘Bad Hair Day’ in 2015. He portrayed the role of ‘Kyle Timmons’ in the movie. In 2016 and 2017, He appeared in the ‘American Gothic,’ ‘Casual’ and ‘American Gods.’

In 2017, Jake Manley was featured in another film ‘Nanny Nightmare’ playing the role of ‘Owen.’ In the 2018 supernatural horror film ‘Seven in Heaven,’ he portrayed the role of ‘Derek.’ Manley appeared in the 2019 film ‘A Dog’s Journey.’ The same year he starred in two more movies, war film ‘Midway’ and Canadian drama ‘Brotherhood.’ In 2018 and 2019, Jake was featured in an episode of the TV series ‘Trollville’ and ‘Project Blue Book’ respectively. 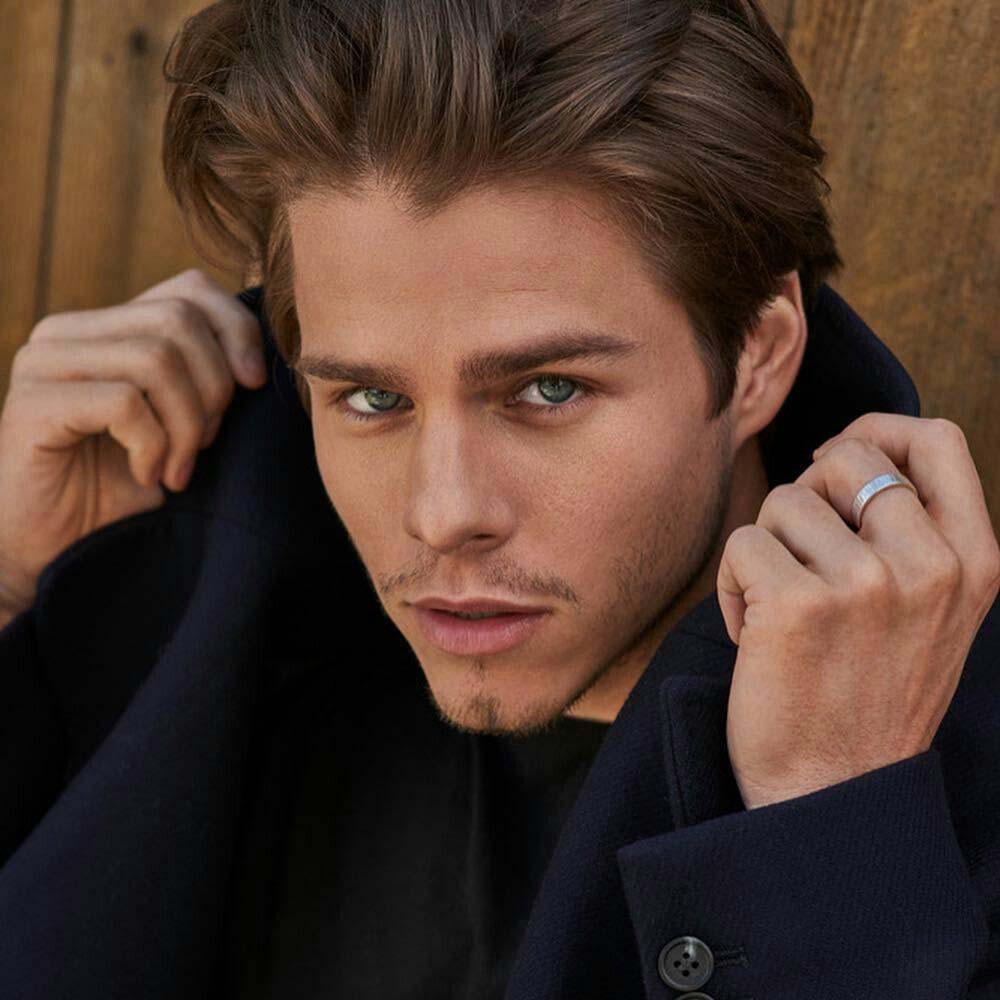 In the 2018 series ‘iZombie,’ Jake Manley had the recurring role of ‘Fisher Webb’ in the drama. In 2018, it was announced that Jake would play the lead role of ‘Jack Morton’ in the Netflix horror drama TV series ‘The Order.’ Jake is working in the series from 2019 to date. In the year 2020, Jake has starred in the film ‘Infamous’ portraying ‘Dean Taylor’, working alongside actress/model ‘Bella Thorne.’ Manley’s latest work is the Netflix comedy romance film ‘Holidate,’ where he stars alongside ‘Emma Roberts’ and ‘Luke Bracey.’

Jake Manley is currently in a relationship with Jocelyn Hudon. They met with each other and instantly bonded very strongly. They began dating in the year 2015. Their relationship seemed very strong, but it became more vital when the couple announced their engagement. They got engaged on August 26, 2020. They are not very shy about their relationship as they share their photos on social media. Before Jocelyn, Jake’s personal life is not disclosed yet, but fans are continuously searching for clues and hints. 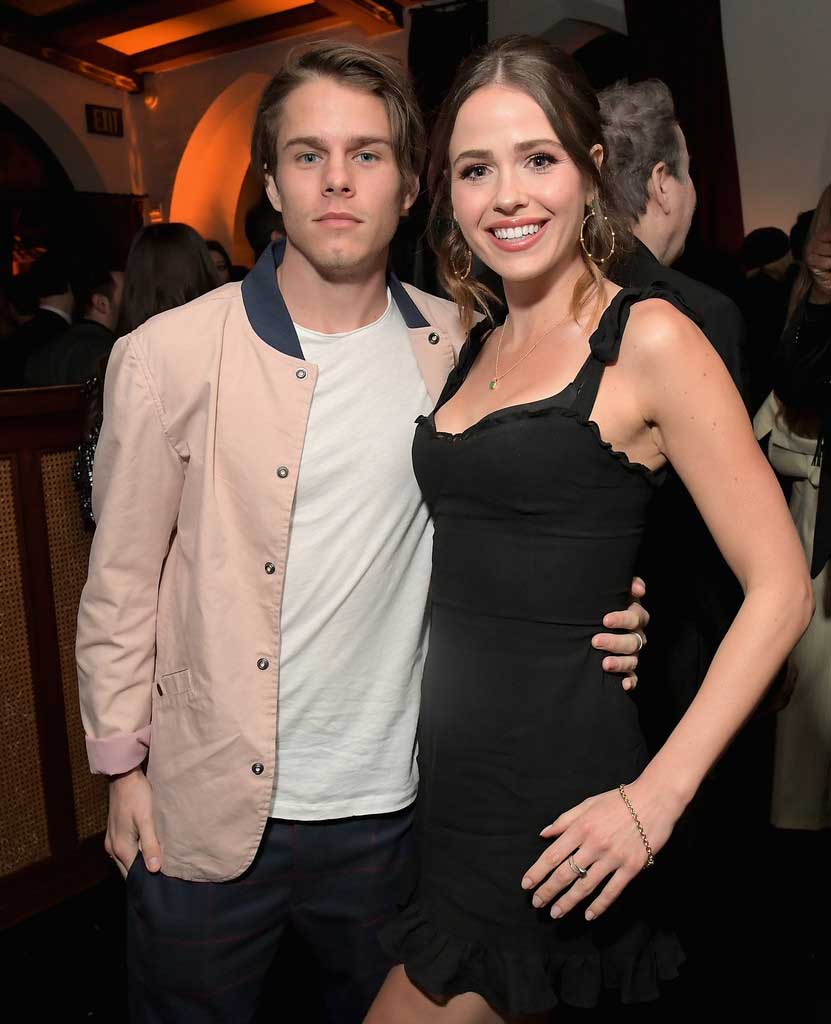 Born on 23rd August 1991, Jake Manley is 29 years old (at writing). Being born in Oakville, Ontario, Canada, he is a Canadian. He stands at 5 feet and 10 inches tall and weighs about 68 kgs. Jake has a slim body. He has a fair complexion with blue eyes and lights brown hair color. His Zodiac sign is Virgo. Manley considers himself a tattoo lover and dog lover. Jake smokes and also drinks alcohol.

Jake Manley’s net worth is currently estimated to be $1 million.