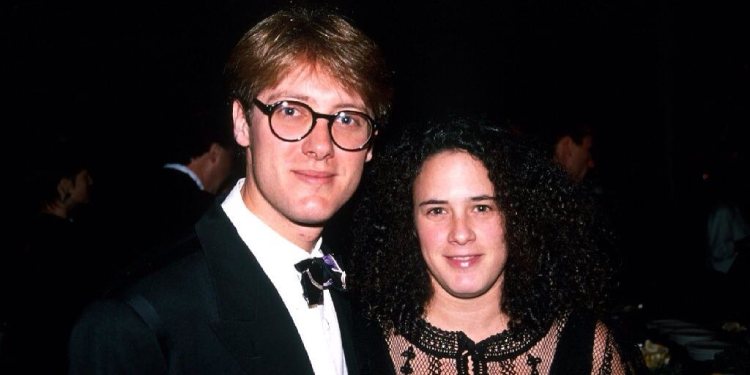 James Spader’s full name is James Todd Spader. He is a famous American actor and producer. He landed notable roles in movies like ‘Sex, Lies, and Videotape‘ in 1989 and ‘Avengers: Age of Ultron’ in 2015. In addition to this, fans also love his performance as Alan Shore in ‘The Practice’ and ‘Boston Legal.’ For his impressive performance, he received the three Primetime Emmys and one Satellite Awards in 2004 and 2005. This Emmy award winner has married twice to date. Please stick with us to know more about his love life and family details.

James Spader was previously the husband of the American set designer, Victoria Elizabeth Kheel. The two of them first crossed each other’s path in a yoga class during the 1980s. James used to coach there, and she used to take classes. They began dating since their first meeting and dated till 1987. They finally decided to tie their knots and get married. The couple together welcomed two sons from their marriage, and their names are Sebastian Spader and Elijah Spader.

Sebastian is the eldest son, and he was born in 1989. He is currently working as a director and producer in the entertainment industry. He has contributed his talent to numerous movies like ‘First Kiss,’ ‘Machete,’ and ‘Slice.’ Likewise, Elijah Spader was born in 1992, and he is the younger one. He has also established himself in the entertainment industry and is an actor and writer by profession. His most remarkable works include the movie ‘Roll for Initiative’ and the television series ‘Nailed It.’

Unfortunately, James and Victoria went their separate ways after almost twenty years of being together. The final steps of their divorce took place in 2004.

James began dating the American model and actress Leslie Stefanson after his divorce. The two of them used to star together in the American-Bulgarian thriller movie ‘Alien Hunter.’ In addition to this, he also welcomed a son, and his name is Nathanael Spader. The media often describes James as the strangest man on television for his glorious yet bizarre personality.