Jared Harris is a professional actor from England who gained international fame after the American drama series Mad Men where he portrayed the character of Lane Pryce. He received further success and recognition after his portrayal of King George VI in The Crown and Chernobyl as Valery Crozier. His performances have earned him 2 Primetime Emmy Award nominations and a Golden Globe Award nomination.

Jared Harris was born on 24th August of 1961 in a district called Hammersmith of London in the UK. His full name is Jared Francis Harris, and he was born to an actor and singer, Richard John Harris, and Elizabeth Rees-Williams, a Welsh actress. He has 2 other half-brothers, of which his older brother is Damian David Harris, a film director and his younger brother Jamie Harris is an actor. He came from a wealthy family, and he is also the grandson of David Rees-Williams, A British politician. An English actress Annabelle Wallis is his cousin.

Jared  Harris finished his schooling with his 2 brothers from Ladycross School in Seaford. He later attended catholic school, Downside School in the south-west of England, and later graduated with a Master’s degree in drama from Duke University in the United States. After achieving his degree in 1984, he again moved back to England and attended Central School of Speech and Drama, where he trained to be an actor and graduated from the drama school in 1989.

Jared Harris made his film debut the same year he graduated from his drama school. He played a small role in the film The Rachel Papers as Geoff; then he started making small appearances in numerous films. Some of his early films were Far and Away, The Public Eye, Smoke, Dead Man, Tall tale, Sunday, Happiness, Lost in Space, Mt. Deeds, Sylvia, Ocean’s Twelve, Lady in the water, and others.

Harris made his breakthrough in 2008 from the American fantasy drama film The Curious Case of Benjamin Button, where he portrayed the character of Captain Mike. He received his first Screen Actors Guild Awards nomination that year and received recognition in the film industry. Then he landed several major roles in the hit films like Sherlock Holmes: A game of Shadows, Lincoln, The Mortal Instruments: City of Bones, The Man from U.N.C.L.E, Robert the Bruce, and is currently working on the new film Morbius. 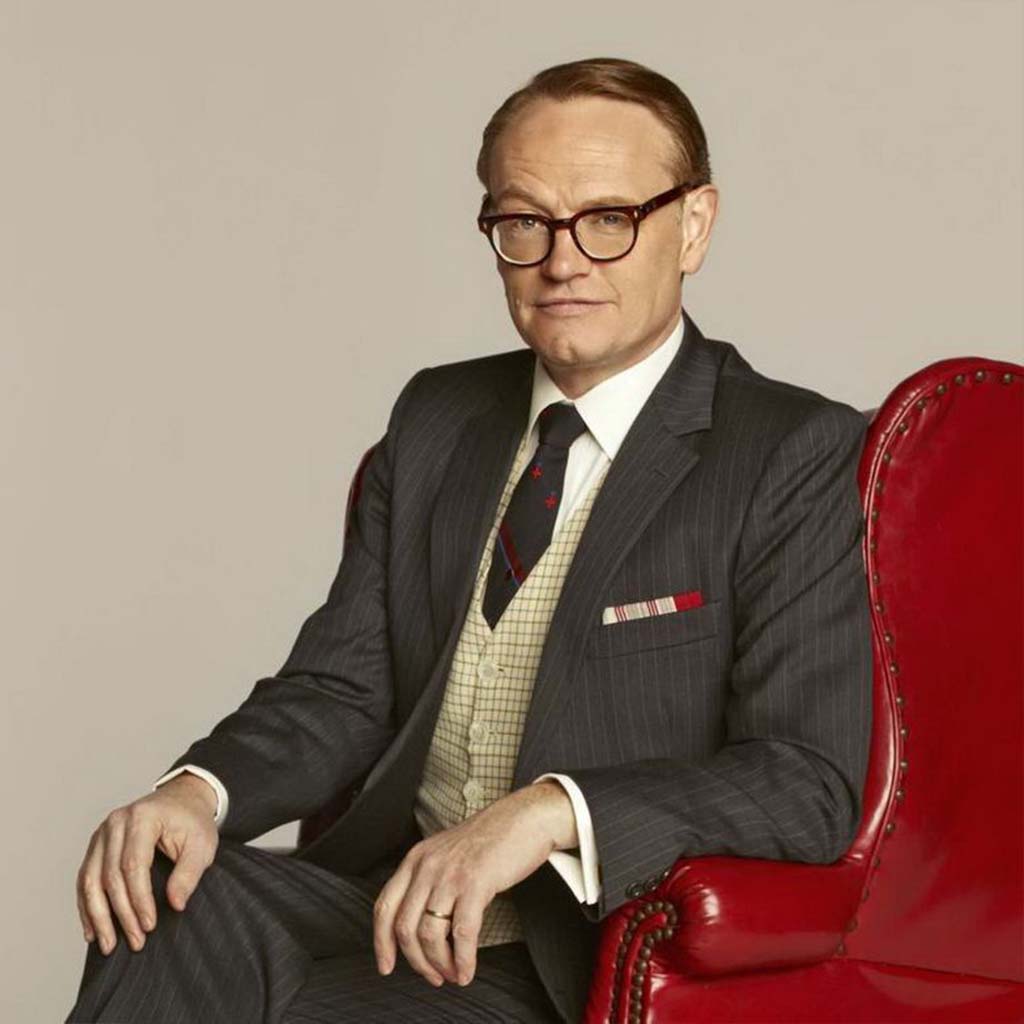 Jared Harris made his television debut in 1995, making a small appearance in the American police drama tv series called New York Undercover. He quickly received fame after his television debut. He landed the role of John Lennon in the tv film Two of US in 2000; then he played other major roles in tv films like The Other Boleyn Girl and Coup!. He also made small appearances in tv series like Without a Trace, The Riches, Fringe before landing the major role in the drama series Madmen in 2009. His role as Lane Pryce earned him his first Screen Actors Guild Awards for Outstanding Ensemble in a Drama Series in 2009, including a primetime Emmy Award nomination.

Harris received further success from the tv series The Crown, The Terror, and Chernobyl. He received Satellite Award and British Academy Television Awards in 2019 and 2020, respectively, after Chernobyl’s performance. 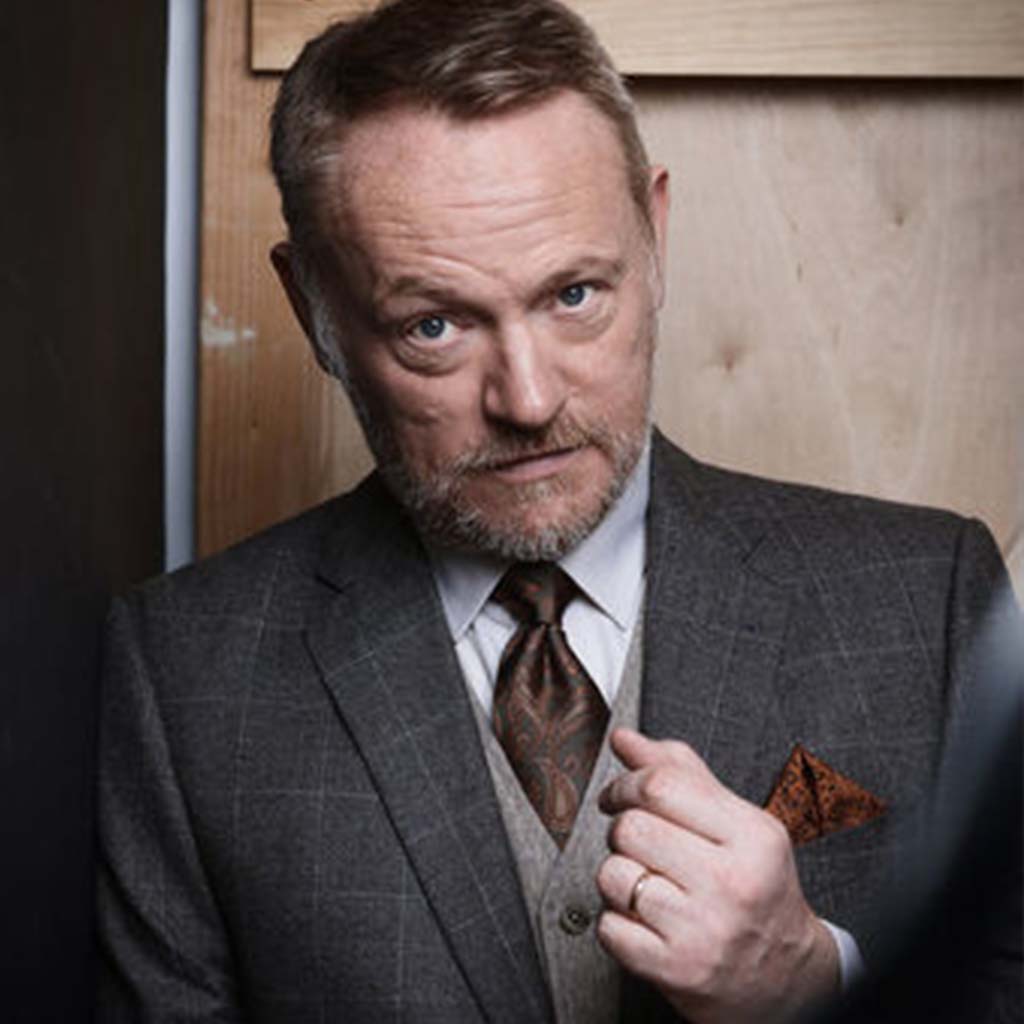 Jared Harris has also performed in various plays in theatres. His first play appearance was in 1991 in Henry IV, Part 1 and Part 2 performed in The Public Theatre. He then went on to play in ‘Tis Pity She’s Whore, Ecstasy, King Lear, Hamlet, Humble Boy, Period of Adjustment, and others.

When it comes to Jared Harris’s personal life, he is open to public opinions and doesn’t hesitate to express his opinions and personal relations. He is a committed man and has been married twice before his marriage with Allegra Riggio. Harris is known to be a romantic person. In 1989, he first got committed to Jacqueline Goldenberg, which didn’t last very long. In 2003, he tied his knot with actress Emilia Fox, and the couple became the hot topic everywhere. But they eventually got divorced in 2010, parting their ways after 3 and half years of marriage.

He met the love of his life in 2009. He started dating Allegra Riggio, and they tied their knot at the end of 2013. He currently resides in Los Angeles, spending his romantic quality time with his wife. And yes, he doesn’t have any children of his own yet, but we hope we will hear good news soon. 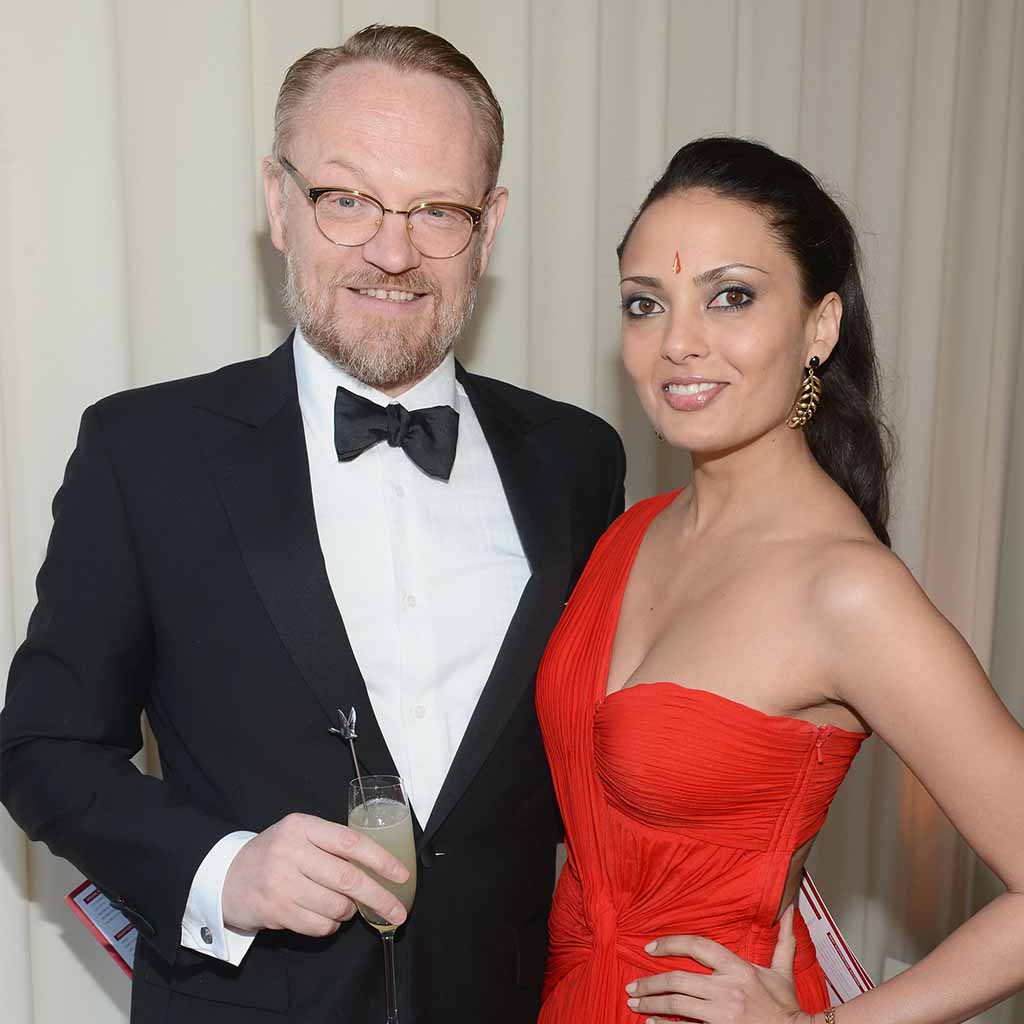 Jared Harris is 59 years old as of 2020. He has a height of 5 feet and 11 inches with a bodyweight of about 72 kg. He possesses a fit and an average body build. He is quite stylish and up to date in fashion. Even though he will turn 60 after a few months, his looks and styles are on another level.

Harris belongs to white ethnicity and has English, Welsh and Irish ancestry. His nationality is English, and he has blue eyes and red hair. His sexual orientation is straight, and he has Virgo as his zodiac sign.